Kibra Parliamentary seat hopeful McDonald Mariga on Monday reunited with his first love, soccer, in a rare spectacle that brought memories of when the former football ace ruled the game.

In the mini-tournament organized in Woodley Grounds, Kibra, the former Inter Milan player took a break from his favourite jeans to dorn a yellow football kit with his silhouette conspicuously lying on his chest. 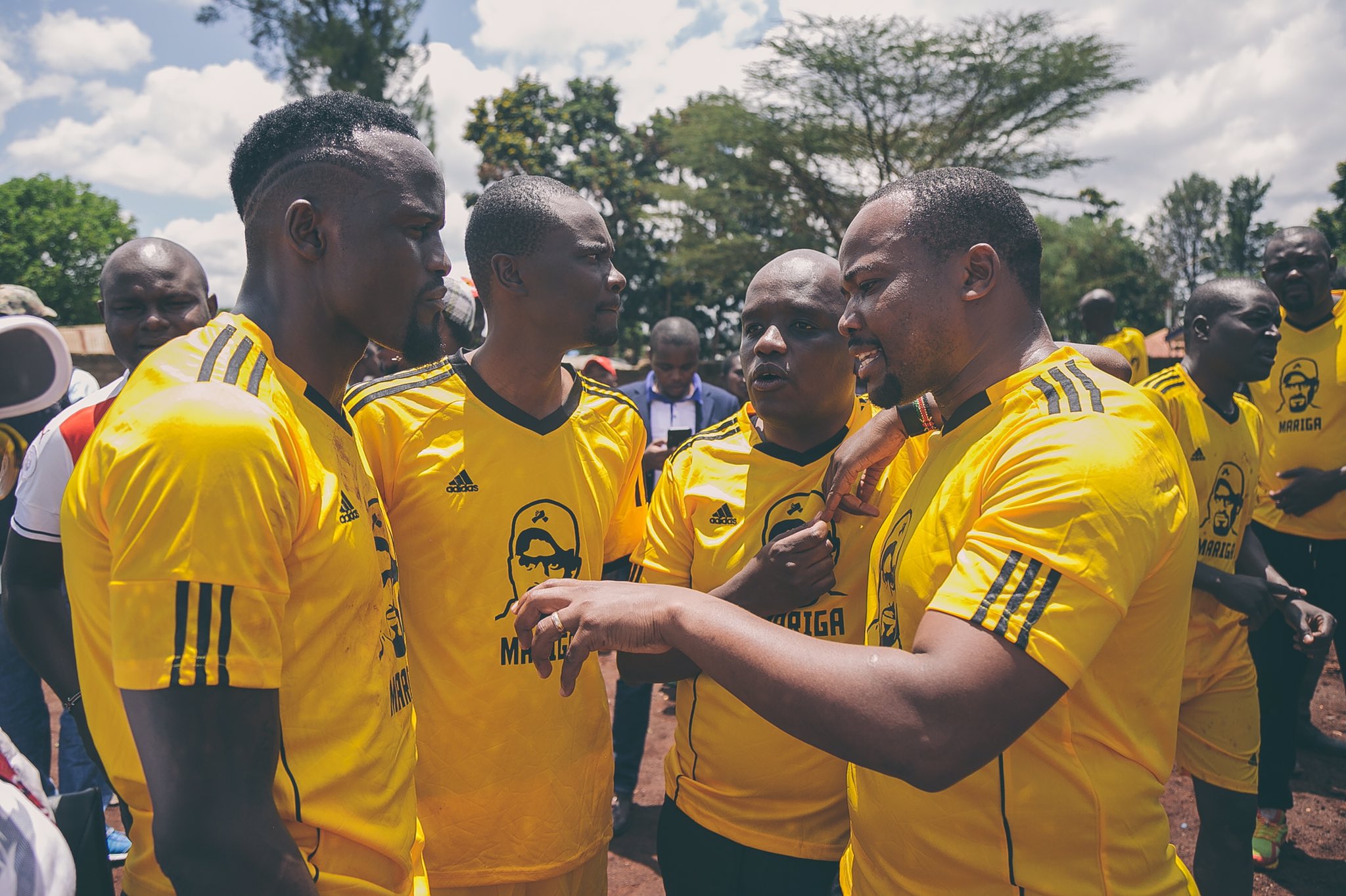 The match that was also played by Langata member of Parliament Nixon Korir brought together a host of football enthusiasts from all over Kibra.

Jubilee Party settled on Mariga soon after the Kibra seat fell vacant upon the death of the former MP Ken Okoth in July. 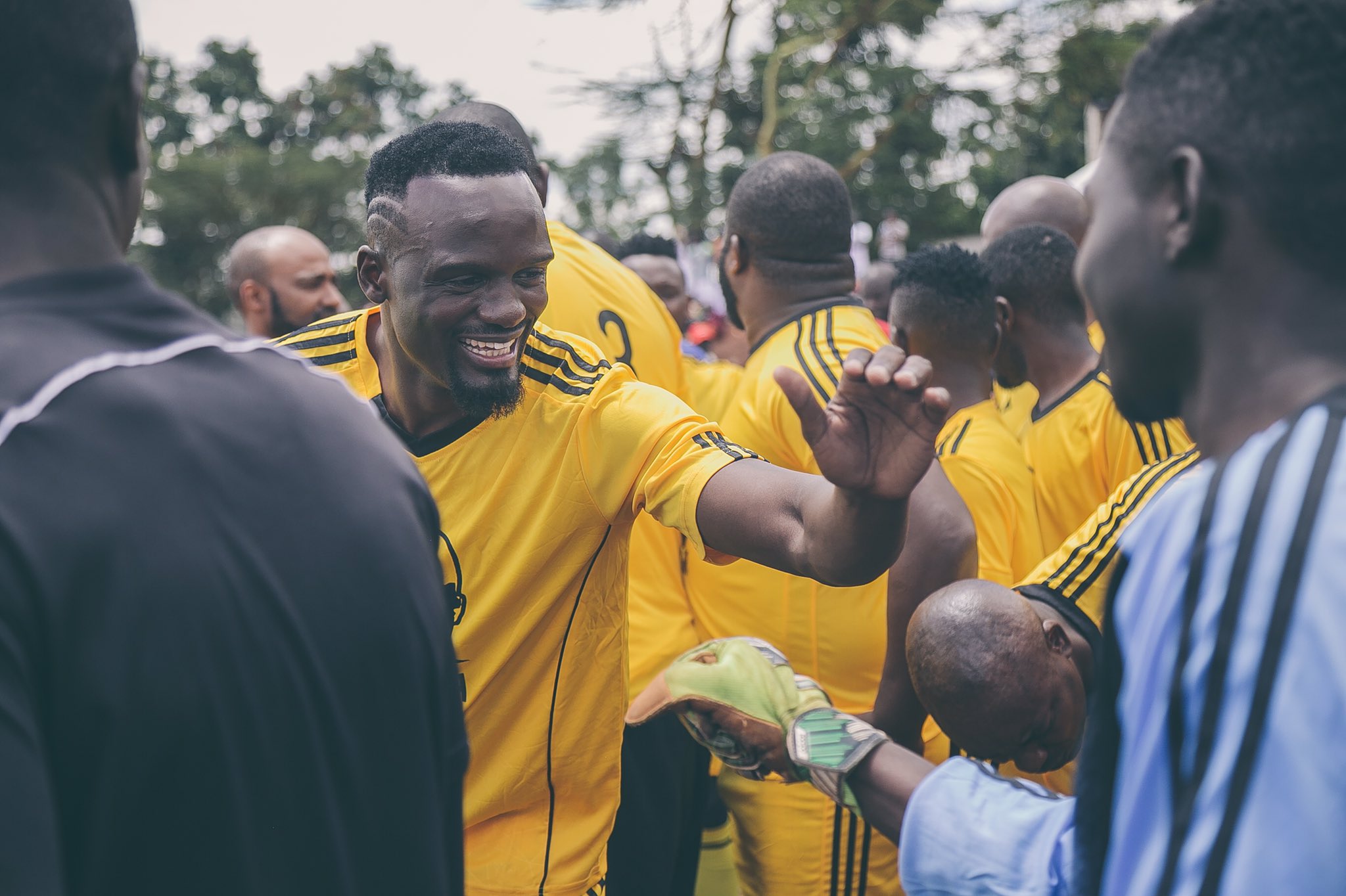 Mariga’s main opponent in the race, that analysts forecast as a precursor for 2022 polls, is Imran Okoth who is running on an ODM party.

The two contestants are poised for a tight battle with Deputy President having thrown his full weight behind Mariga whom he says will deliver the seat.

DP Ruto, a fierce grass-roots mobilizer is planning to flank Mariga in the last leg of the Kibra by-election campaigns in a move that will tie up the loose ends in the race.

Already, leaders in the ruling Jubilee Party are divided over Mariga’s candidature with a section of them openly endorsing his opponent, Imran. 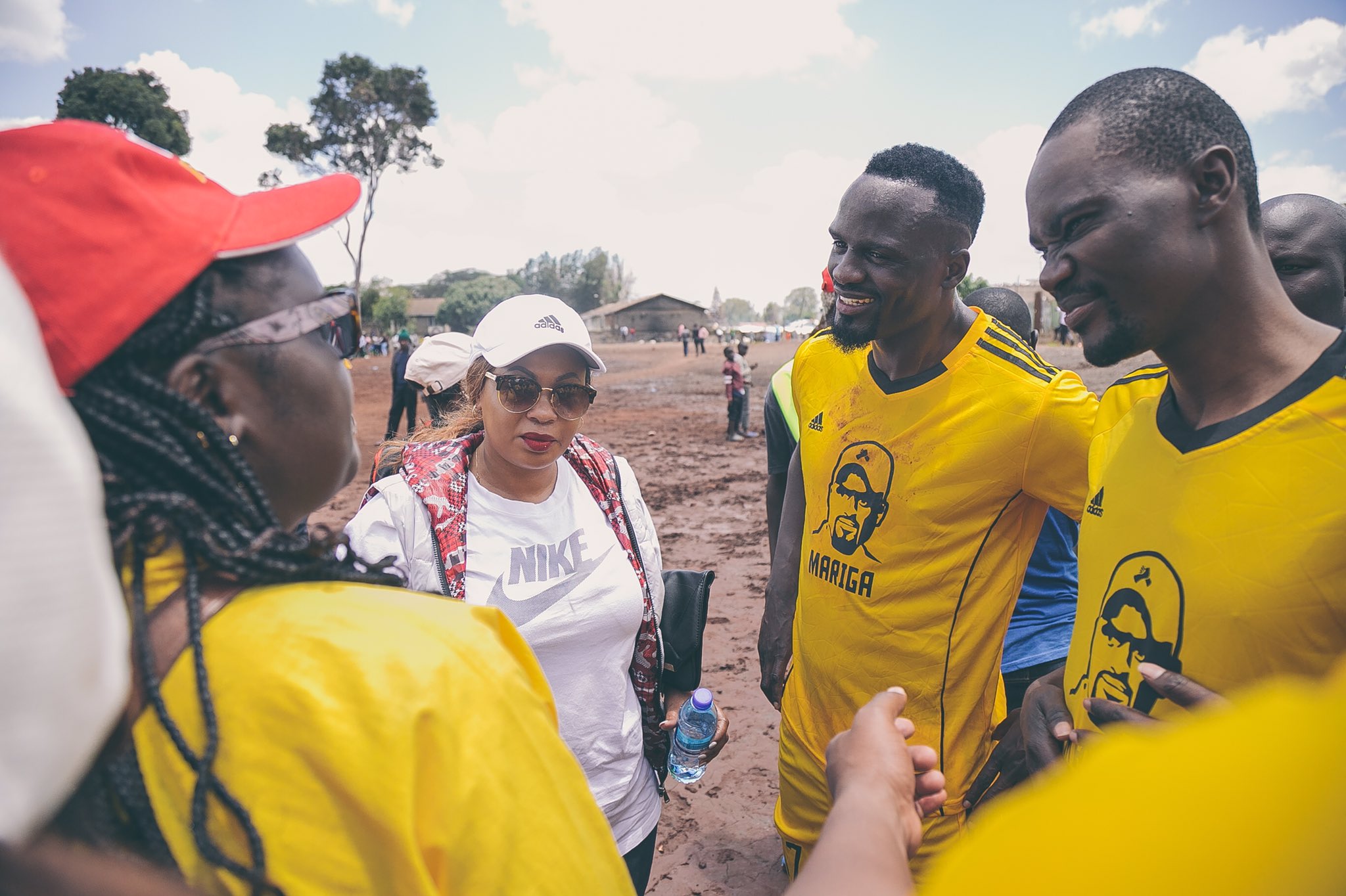 While attending a church service in PCEA Kibra Parish, Kamanda intimated that President Kenyatta had nothing to do with Jubilee Party endorsing Mariga, and that he would never be seen campaigning in Kibra.

On October 12, a section of Kibra residents pelted Mariga’s car with stones after reports went out that a Jubilee party official had been seen ‘buying ID cards’ ahead of the November by-elections.

@MarigaOfficial is ready to support talent from the youths of Kibra when he gets elected as the MP.#SCOR17G4KIBRASports pic.twitter.com/d5isSUyusQ

Some 118,609 are expected to turn up to vote in the by-election, though history has it that turnout numbers are only higher during General elections.