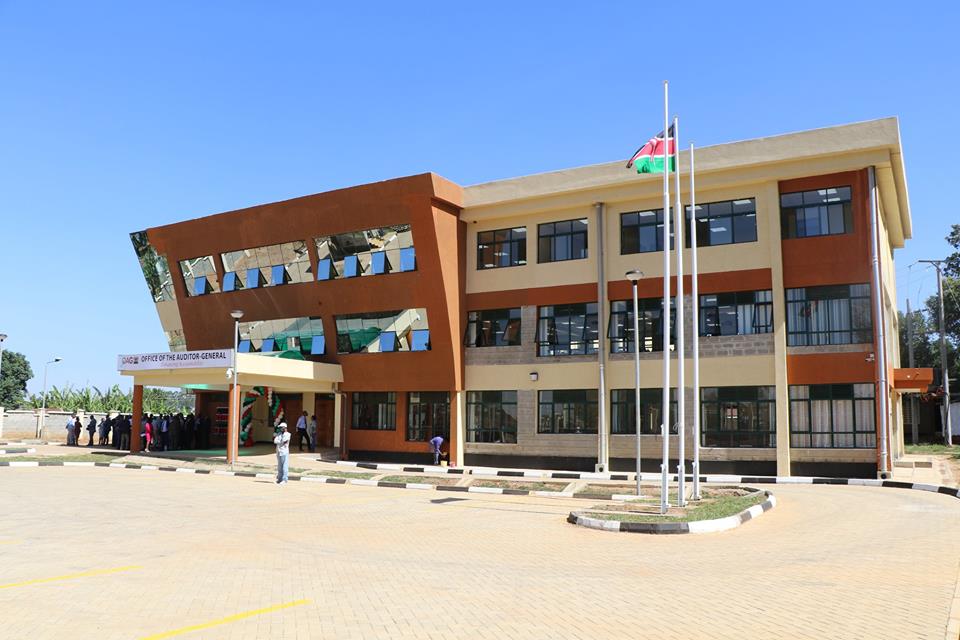 The Ethics and Anti-Corruption Commission (EACC) has arrested six suspects following investigations into alleged misuse of funds at the office of the Auditor General.

According to EACC, the six were part of fraudulent procurement activities which saw the office, whose responsibility is to flag questionable transactions in government institutions, spend Ksh83 more than necessary in the procurement of an audit software. 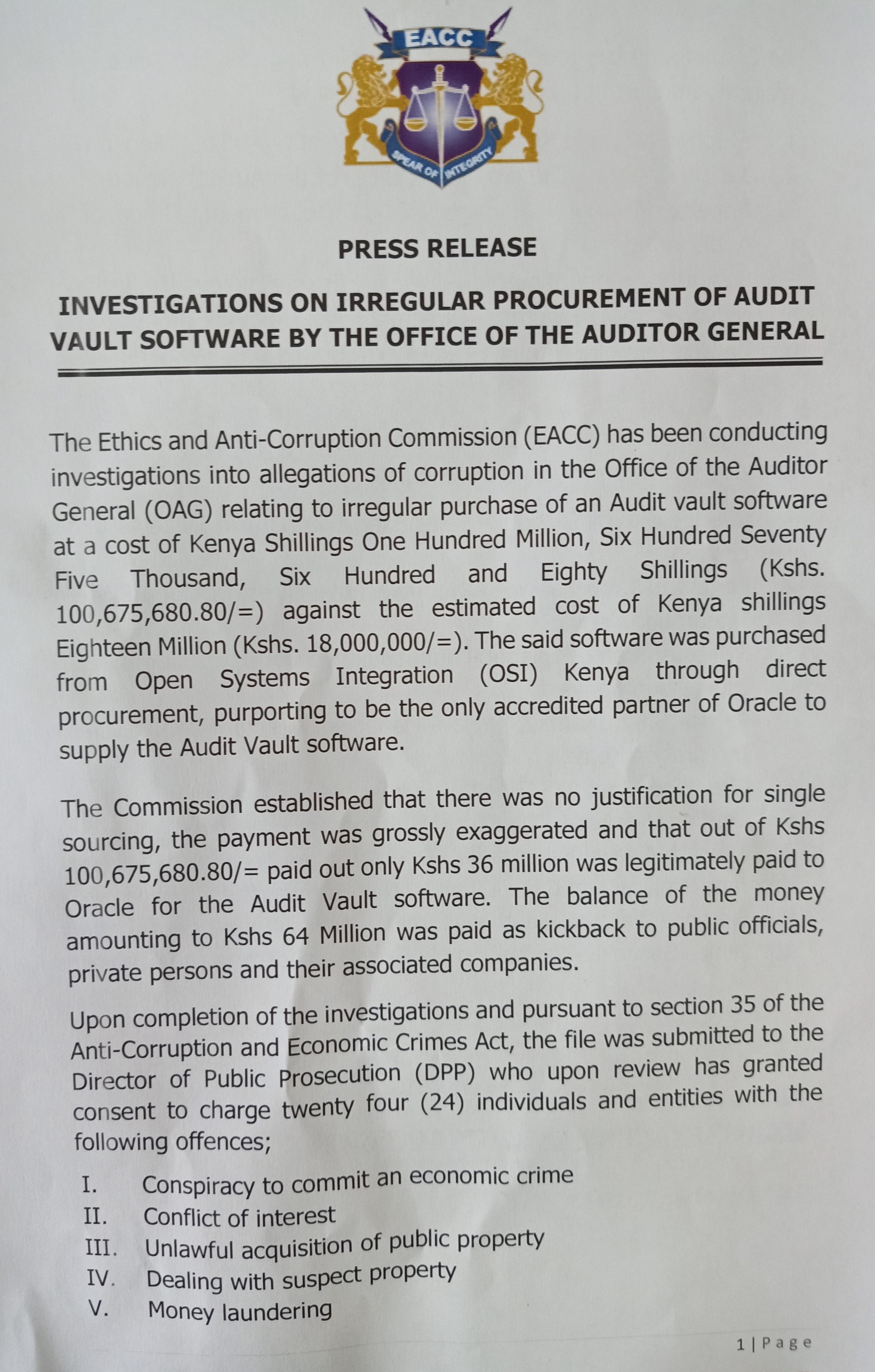 “The Commission established that there was no justification for single sourcing, and the payment was grossly exaggerated,” EACC said.

The anti corruption body further noted that out of the disputed Ksh100,675,680.80 payout, only Ksh36 million was actually paid to the software supplier, Open Systems Integration.

The six who were arrested include former Deputy Auditor General Stephen Ndung’u Kinuthia, Justus Ongera, and Annette Mwangi who are the ICT Director and Manager of IT Department at the Office of the Auditor General respectively. 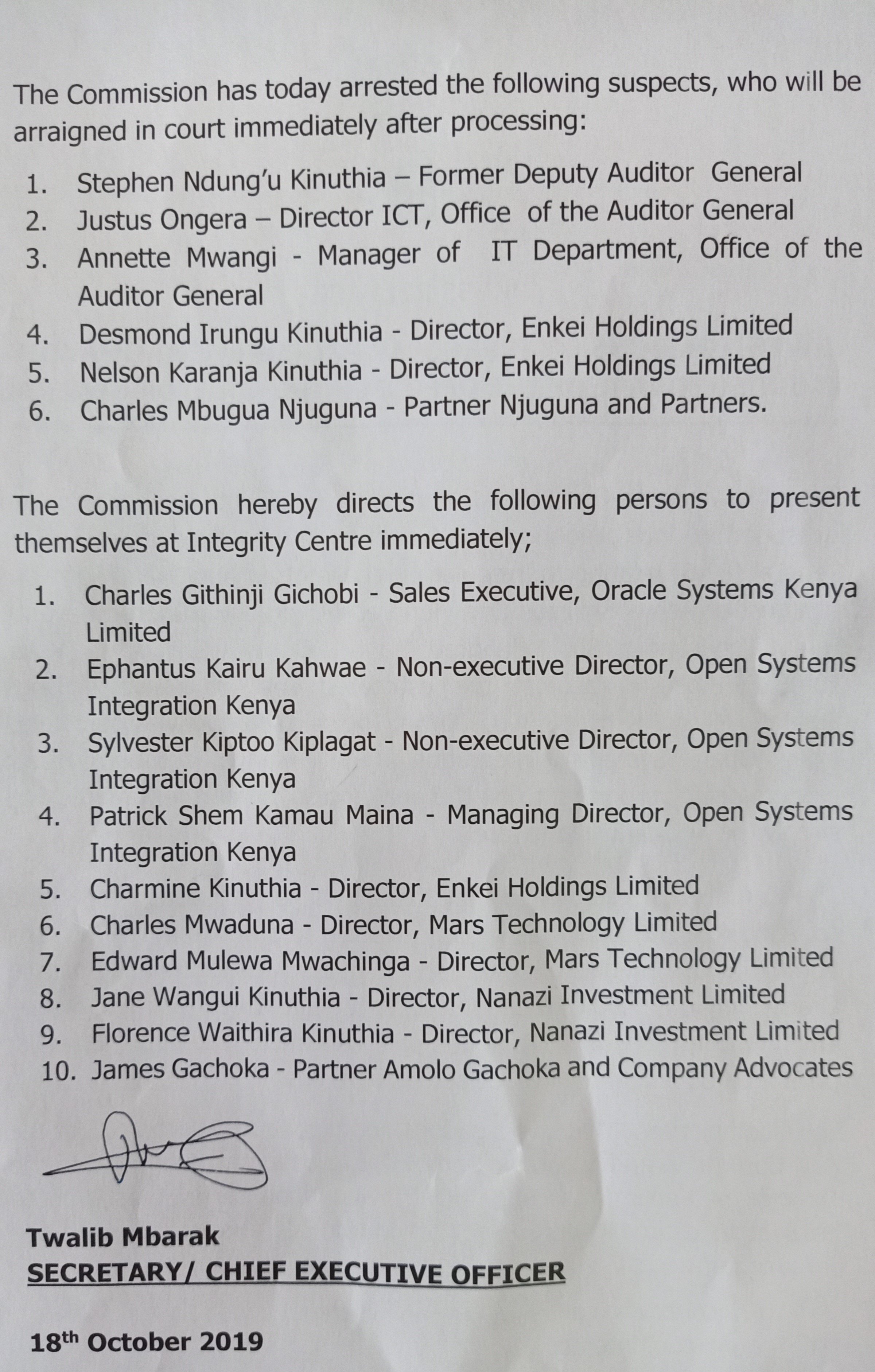 Others arrested are Desmond Kinuthia, Nelson Kinuthia, and Charles Njuguna.

They will face charges of conspiracy to commit an economic crime, conflict of interest, and unlawful acquisition of public property.

They will also be charged with dealing with suspect property and money laundering.

The Commission has further directed 10 other individuals to present themselves at Integrity Centre immediately.