English Premier League enters week nine but not without a match to add flavour to the most-followed league in the world.

It will be a time for the Red Devils and the Reds to claim bragging rights in their first derby of the season at Old Trafford, and what is apparently the highly-awaited game of the weekend.

Liverpool will head to the match as the favourites owing to their glittering form, a fact that has made them win all the eight matches played so far in the Premier League. 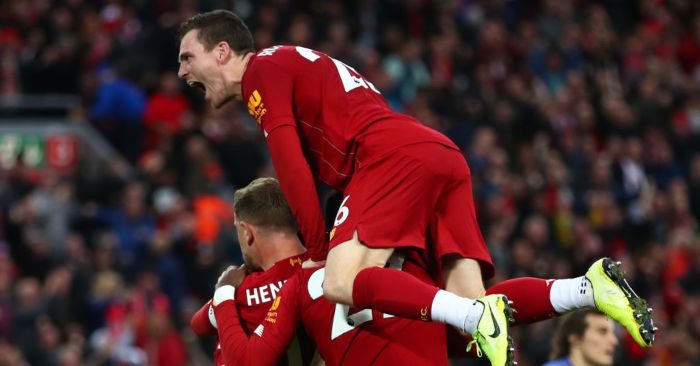 Manchester United, on the other hand, are facing a torrid time with injury claiming most of their aristocrats.

Needless to say, the Red Devils have not shown a convincing display this season as they currently sit on the 12th spot of the table with nine points after winning only two matches, drawing three and losing the rest.

In a simple poll conducted on social media about the possible outcome of the match between the age-long rivals, Many fans have predicted hell for the abject Red Devils.

Check out some of the reactions;

4-0 Liverpool unfortunately. Won’t be watching, tv is out the window on Sunday, im that scared.. 🙈

0-3, United struggling to even register a shot. That’s where we’re at. Not OGS’ fault – stitched up again. Fear we could be in a serious relegation battle if Martial/Pogba miss much more of the season

Not being a hater this is hand on heart honestly! We have big injuries, poor strength in depth, we can’t create at the moment, we can’t score. They’ll be so up for this game and beating everyone. It’s really breaks me saying It but it’s going to be embarrassing on Sunday 😭😢😩

We’re in for a shit week again lads…..it’ll be a horrendous 90 minutes.

Although Liverpool have not registered victory at Old Trafford since 2013/14 campaign, Manchester United are currently toiling even to direct a short on target.