According to NTSA, a matatu sacco must have a minimum of 30 serviceable motor vehicles to run any operations on Kenyan roads.

“NTSA notifies the public that it has suspended eleven saccos for failing to comply with the provisions of section 5(1) of the National Transport and Safety Authority (operation of PSV) regulations,” the Authority said in a press release.

Among those hit by the NTSA axe this afternoon is the popular Kijabe Line sacco which plies the Nairobi-Njabiini route.

Kitengela Minibus which operates along the Nairobi-Machakos route and Smoke City sacco, with operations on the same route, have also been suspended as per the notice which NTSA says was effective as of Thursday, October 17. 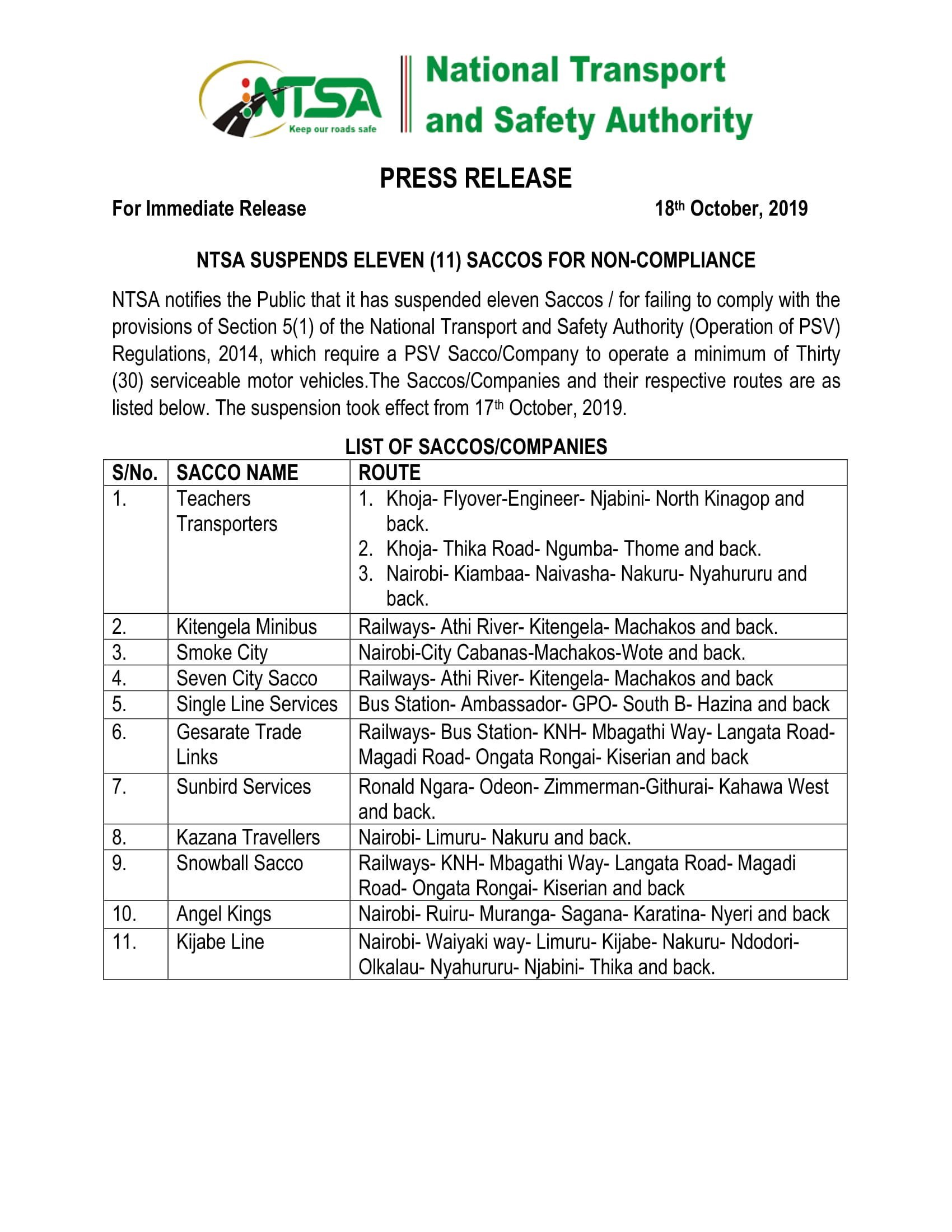 In September, NTSA suspended 9 other saccos for similar reasons.

NTSA has advised commuters to seek alternative means of transport to avoid inconveniences.