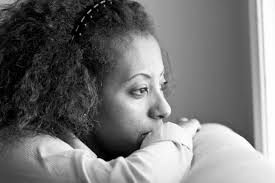 Making the decision to leave an abusive relationship is never easy especially in the Kenyan society. There’s always perception that you were never a good partner or you were never patient.

Eitherway,leaving would be the first step before it is too late.Better leave when ok than leave in a coffin.

I was in college…I had a boyfriend..I loved him somehow but he was broke. no outings…akinipea dooh mob ilikua mia tatu. let me call him (thitima)so…the village gal in me wanted fun…was in a hostel around ngara…so one day I met Simon..he was really something and lived around ngara..we started fucking…outs nazo!! He was so good but I felt he just needed company…I was okay. I still had my boo thitima and I kept this as a secret. I got pregnant. I told Simon.it was his baby. I told thitima too but it wasn’t his.

Being a college girl and I had dreams I decided to abort.I told Simon but he lengad me kabisa. He didn’t take responsibility. thitima did but akasema yeye haezi nisaidia kufanya hivo…I lied to my guardians of a compulsory trip to coast and I got 8k..by then I had moved to huruma and staying alone. i a friend showed a chemist wea I wud get a safe abortion and I went. the ka doc there “mungu akaone tu kwenye kako” told me to lay on a bed. Akaingiza kitu flani but haikua inatoshea. so he said he needs to open the way and the only way was to fuck me…stupid me nikaingia box…he did his thing and inserted some pills inside…n the deal was done.thitima was furious but understood I had to finish colle but I never mentioned the doc fucked me.

Simon akakua past tense. I continued dating thitima but I feel he wasn’t my type…we were not compatible… He has a nice cock n was awesome in bed. I lied to him I don’t go out.I used to go out alot and I met moseti in a club. we started hooking up on Sato .he was so cute…his body was my fantasy. His dick was tiny n I actually never felt good when we fucked… But I pretended. he got me pg…and duped me..I had broke up with thitima but he was still pursuing me. I was desperate. I couldn’t tell my folks…thitima was my only hope. I told him I was pg n the guy duped me…he got mad. I begged him and moved to his place by force with all my stuff I was a month pg…had just cleared college. thitima said I had a week to leave but I didn’t..

Finally he became soft n assured to take care of us so long as moseti was not to bother us.ooh..it was like honeymoon during the next 8months…he took care of me. loved me…escorted me to clinic..took me for walks… But hakua na job stable…he was unable to raise full rent at times. he introduced me to his family. The baby was born and his family was happy for us.

It was awesome. mtoi aka grow at 8mths I got a job…I started doing well .mtoto nilikua naleleka daycare. My thitima changed..he didn’t want me to work… Accused me of getting home late that am with other men…saying am now bossy cos I have money n have met better men than him. it was all lies. I never cheated. He started denying me money…analewa..hakuji home… Cheating…I talked to his family, but that didn’t change. He slapped me once. I persevered for two years hoping ata change but he got worse. one day I decided to call it quits and I left with my baby. But I said..never again.

This is my 3rd year since I left…no regrets. I would have stayed …had decided to make a home with him. but he made it impossible. He helped me when I was desperate. I hear his life is a complete mess but I can’t go back. he messed us. hoping to settle again..with someone else someday.

One word for Nairobi girl..WAY TO GO! I am here to say that you not only made the right decision but you will thrive with the right support and commitment. Continue feeling empowered to love yourself.