They say behind every successful man is a woman, and the world’s greatest marathoner Eliud Kipchoge found himself a perfect one.

Eliud Kipchoge is married to a superwoman Grace Sugut. The couple is a proud parent of three children Lynne, Griffin, and Jordon.

Grace once revealed that she and Kipchoge met way back in primary school and have been married for 13 years.

“I studied with Eliud all his life. From primary to high school and now we’ll be married for 13 years this year” she revealed.

As a wife, I’m his supporter. I take care of his business and the farm while he is away running or training”.

Sagut is a very supportive wife and constantly goes to marathons to support him.

During the just-concluded  INEOS 1 :59 challenge, Sugut together with her children traveled to show their support to Kipchoge as he breaks the records.

“Am happy and proud that my wife and children came here to support me, they are also part of this history,” said Kipchoge.

Sometimes back, Sugut revealed the secret of Kipchoge’s success. She said that hard work, discipline, and a healthy diet is some of the driving pillars in her husband’s stellar career.

“He always wakes up early every morning for training and it’s through the hard work that he has emerged the winner,” she said.

“One thing that has made Kipchoge who he is today is his humility.” Being a wife to an athlete, Sugut has ensured that her husband feeds on the right diet.

Kipchoge’s diet has been a strict one but while in Kenya, it’s not that different from what others are taking. In an interview, he recently revealed why his meal is majorly ugali and greens.

Ugali: made from maize meal, it is cooked in water to form a sort of corn cake. This staple is very high in starch and is very bland, lacking much in the way of flavor.

Many meals in the farm-stay were served with an almost insurmountable pile of ugali on the side. Managu: a dark leafy green, somewhat like spinach.

This is normally eaten after being sautéed in water and some oil, however, some athletes we spoke to even cooked the leaves in milk.

Every Sunday, Kipchoge runs with his kids.

Here are more photos of her family: 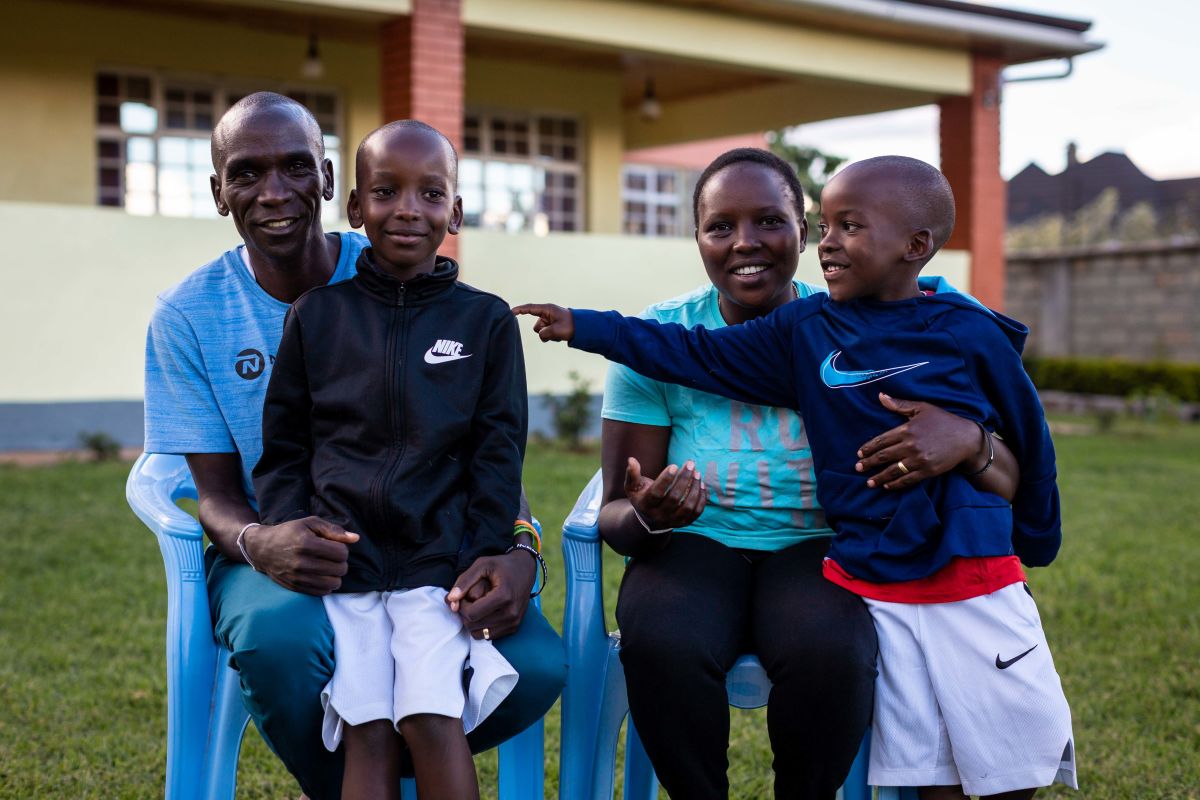