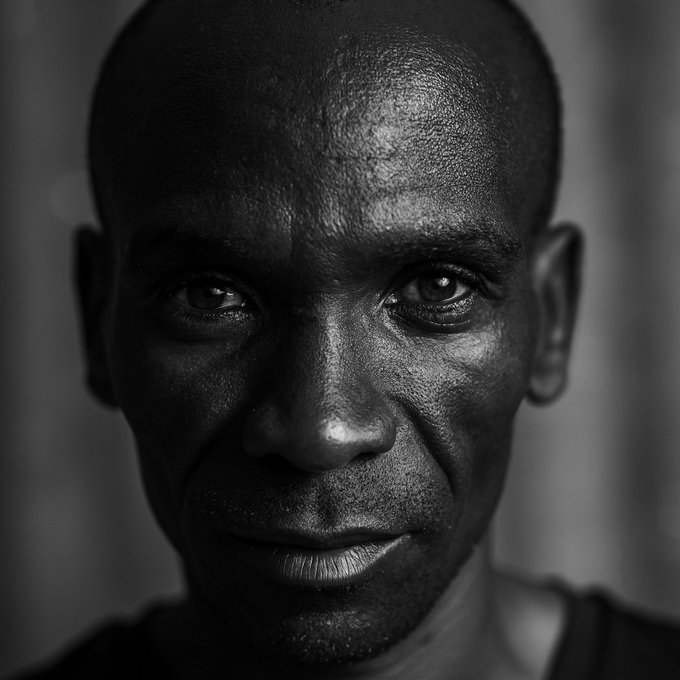 After his record-breaking time in Vienna, marathon runner Eliud Kipchoge has been equated to Barcelona superstar Lionel Messi and Juventus’ Cristiano Ronaldo.

The 34-year old long-distance runner became the first athlete ever to cover the 42-kilometer race in under two hours after clocking one hour, 59 minutes and 40 seconds in the INEOS159 challenge on Saturday morning in Vienna Austria.

Many had predicted that the Nandi county born athlete would break his own record of 2:00:25 and in the process became a marathon record holder. Many have taken to social media to praise the athlete for flagging the Kenyan and African flag high.

Some fans have gone a notch higher, equating the athlete to Lionel Messi and Cristiano Ronaldo who are labeled the best footballers of all time. According to Netizens, Kipchoge is the ‘GOAT’ in athletics and want him recognized in the same way as the two football superstars.

Eliud Kipchoge is to Marathon what Messi is to Football. Greatest Of All Time. 🐐
Proud to be Kenyan
CONGRATULATIONS ELIUD. #Eliud159 pic.twitter.com/5pZVsHrldo

As America has Zlatan Ibrahimovic, Eruope has Leonel Messi and Portugal has Christiano Ronaldo, Africa brings Eliud Kipchoge to the world… undoubtedly The Greatest of all time #Eliud159 #eliudkipchoge #NoHumanIsLimited pic.twitter.com/VD4CvM97aK

And then there’s Eliud and Kipchoge

Greatest Athlete of all time#Eliud159

Who is the real GOAT?

There are ONLY TWO GOATs in this world.