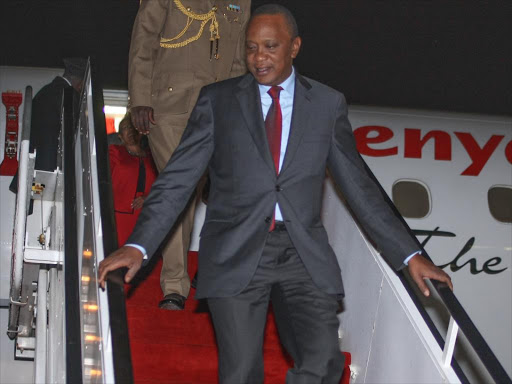 We hope you are having a great week. Today is a very special day for the teaching profession in Kenya as one Peter Tabichi will make history as the first Kenyan teacher to address a United Nations General Assembly.

Tabichi, who has already met US President Donald Trump at the White House, will address the 74th session of the UN General Assembly in New York. President Uhuru Kenyatta will be among the attendees.

The Mathematics and Physics teacher at Keriko Mixed Day Secondary School in Nakuru County is also the winner of the 2019 Global Teacher Prize. We, at Opera News, wish him all the best.

Here are the stories making headlines this morning;

President Uhuru Kenyatta’s austerity plan took a backseat in the 12 months to June, as his office and MPs splurged taxpayers’ money on foreign trips.

A new report from the Office of Controller of Budget shows that the Presidency –­ which includes the offices of the Head of State (pictured) and his deputy –­ spent Ksh 197 million on foreign trips, nearly double what it spent on such travels in the previous financial year.

Deputy President William Ruto has finally confessed that the Jubilee Party is split. He further accused ODM Raila Odinga, for stirring the turmoil within the party.

Speaking during the burial of Meru Senator Mithika Linturi’s father on Tuesday, the DP accused politicians of pushing for a referendum for their own selfish gain, adding that the move had birthed the two factions in the party – Kieleweke and Tanga tanga.

Former Nairobi Governor Evans Kidero is seeking Ksh 200 million in compensation for his trial over allegations of conspiring to steal Ksh 58 million from public coffers.

Through a petition filed at the high court, Kidero claims that he is being illegally prosecuted for events that took place in 2011 yet he assumed office in 2013.

He wants the case dropped and he be compensated for malicious prosecution.

The last two days have seen conversations on social media revolve around a viral video posted by a teenager on his Instagram account. The video has raised many questions including how much access children should have to the Internet and parenting challenges in the 21st century.
Do you think parents of 2019 are physically, emotionally and intellectually available for their children?