The internet has been on fire since Tanasha revealed her pregnancy photoshoot picture. The picture was criticized as having been copied from another model and artist from USA but Tanasha didn’t respond to the claims.

Another major thing that netizens concluded from the solo photoshoot is that Diamond Platinumz only loved Zari among all his baby mama’s since he was only available for her shoot. Both Tanasha and his other baby mama Hamisa released photos alone whereas Zari had pictures with him. Check out all their photos below:

Thank you Lord for this blessing. @diamondplatnumz ❤️🙏 A huge thanks to the well recommended squad that came home yesterday and made this happen. Photography: @sakshed Make up: @laviemakeup Hair styling: @aristotee Floral styling: @noelgiotz Jewellery: @ley_jewellers 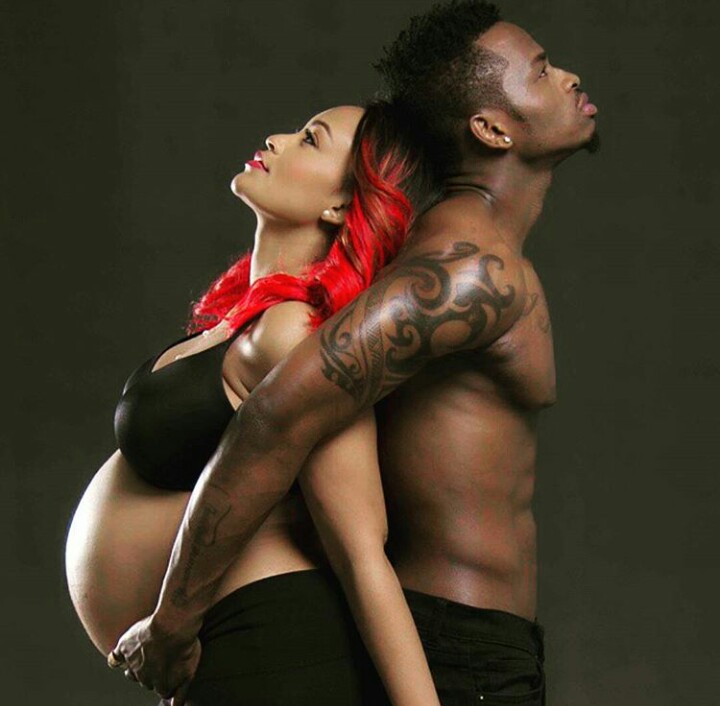 Check out netizens reactions below:

Mamake Denzel Denzel Zari akiongea mnaitika. She was the only one who was really loved

Hapa itabidi tumemelewa Domo, if he doesn’t not say no he will be in a hundred pregnancy photo shoots with different women. New baby mama’s wajipanga.

You should remember that the first baby has always been a blessing to couples and the second one comes hanashuguli even third or fourth and those are our African men majority. So as you say nothing major here as long as mtoto azaliwe na hata wale that have been married they also look single mother’s because the father is nowhere to be seen always busy.

Diamond is not a keeper atacheat tu he’s too lustful with money 💰 to buy affection from any woman that he wants and is available.

Mamake Denzel Denzel Zari akiongea mnaitika. She was the only one who was really loved