St. Anthony’s Boys Kitale have qualified for the Copa U20 final after beating Ebwali 6-5 in post-match penalties in a semi-final match played at Moi Stadium in Kisumu on Friday afternoon. The Rift Valley-based side will now play Dagoretti High school in the final on Saturday.

The match had to be settled from the penalty spot after none of the teams scored in regulation and extra time. Christopher Raila, Elly Saenyi, Daniel Wamalwa, Daniel Kapchanga, Issa Lumumba, Daniel Musamali converted for St Anthony’s while Answar Shamuni missed his kick. Charles Etale, Asore Brian, Oliver Nyambaka, Samson Akawaba, James Isaboke, found the back of the net for Ebwali, Gilbert Ndiema and Owalla Kelvin missed

The game was largely balanced in the opening stages with both teams approaching the game rather cautiously.

The Saints were forced to make an early change when keeper Isa Emuria picked an injury, his place was taken by Daniel Wamalwa.

Ebwali threw away a huge chance in the 18th minute when Austin Okello went through on goal following an error from Cedric Muchina. Wamalwa, however, managed to pull a superb save to deny the striker.

The cautious approach from both teams saw very few chances created with most of the action taking part in the middle of the park. The first half ended in a barren draw.

A minute into the second half, the Saints had a great chance to go ahead when the won a freekick at the edge of the box but Daniel Musamali’s shot went just over the bar. 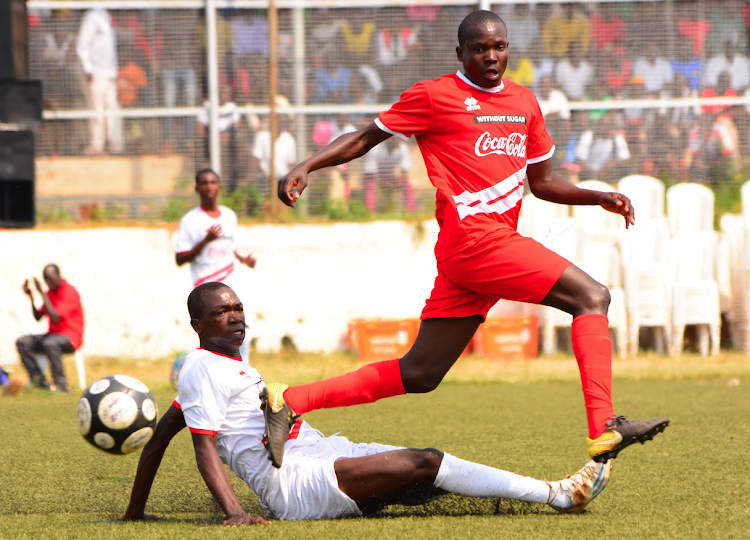 The Saints now in control of the encounter continued to push for a goal with Answar Shamuni, Tyson Kapchanga and Issa Lumumba looking to breach Ebwali’s rearguard.

The Saints won a penalty in the 77th minute after a foul inside the penalty area. Geoffrey Onjuati stepped forward to take but his poorly taken spot-kick was saved by Ebwali keeper Brian Lungafwa.

None of the two sides could find the winner and the game went to extra time and eventually penalties.

READ: Copa U20: Dagoretti whip Olbolsat to storm into final