Over the past few years, Kapseret MP Oscar Sudi has been a man under siege after claims emerged that his academic papers were fake and lacked merit.

With claims that Sudi who was once a matatu tout in Eldoret never went to school, fighting the ‘illiteracy’ claims at the same time defending his master DP William Ruto has proved challenging for the vocal MP. 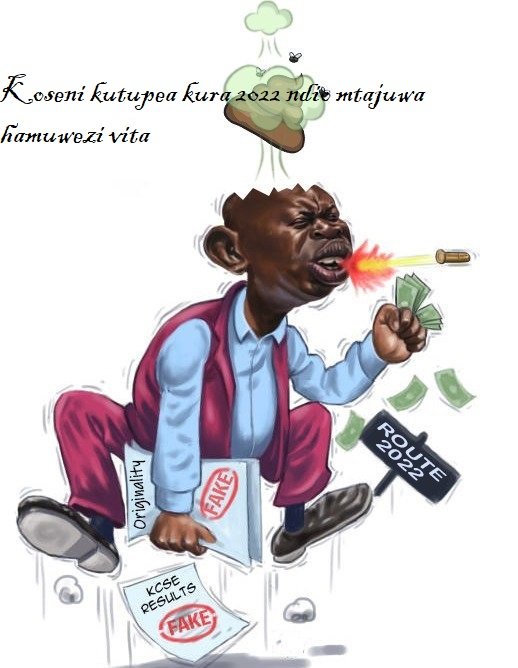 With his fearless challenges and attacks on President Uhuru Kenyatta, Sudi has recently become one of the top trendings figures in politics. Ranging from defending his corrupt kingsmen in the name of ‘Mtu Wetu’ to publicly challenging the President to leave his seat for him, Sudi has tremendously gained popularity thanks to all the wrongs reasons he is associated with

They say you can run but will never Hide. Kenyans on Twitter who have been irritated by Sudi’s uncouth behaviour have all sunk and emerge with elaborate shocking details exposing all his secret deeds under the Hashtag #UnmaskingSudi. 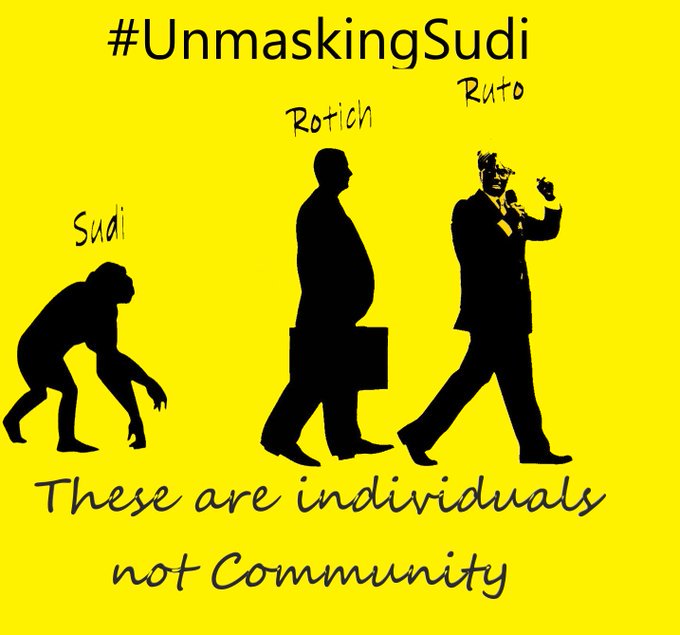 Top on the list is the recent claims that Oscar Sudi together with DP William Ruto leased large tracks of lands in Congo where they planted maize and upon harvesting them they now want to ‘IMPORT’ them to Kenya at the expense of the local farmer.

So Oscar Sudi leased a shamba in Congo akapanda mahindi, harvested them and about to 'IMPORT' them to Kenya 😭😭
These politicians been lying about importing maize kumbe ni zao tu, alaf a kale maize farmer will be demonstrating if Sudi is arrested.
Dumb ass!!!!!#UnmaskingSudi pic.twitter.com/kwQrntDzjE

So Oscar Sudi leased a shamba in Congo akapanda mahindi, harvested them and about to 'IMPORT' them to Kenya 😭😭
These politicians been lying about importing maize kumbe ni zao tu, alaf a kale maize farmer will be demonstrating if Sudi is arrested.
Dumb ass!!!!!#UnmaskingSudi pic.twitter.com/kwQrntDzjE

Kapseret Member of Parliament Oscar Sudi decided to fight the "SYSTEM" blindly & the "hell has broken loose" his forgery case is back, & he was also used by Arap Mashamba to Lease 100,000 acres of Land Kule Congo walime Mahindi #UnmaskingSudi ,But ni Kubaya Nanii. pic.twitter.com/HJlsJiD5RO

So this guy is a genius! How did this happen?#UnmaskingSudi pic.twitter.com/3MrFqqg3fl

Oscar Sudi’s academic credentials also featured on the list with claims that he did KCPE and KCSE at the same time leaving many questions on how such a coincidence would have happened.

Oscar Sudi sat for his KCPE and KCSE in the same year and one year later he graduated with a diploma in business management. 😂😂genius #UnmaskingSudi

you guys are digging too deep on this #UnmaskingSudi, just listening to how he pronounces 'London' is enough indication that hizi classes aliziona tu viusasa. eti – "Lowndon"🤣🤣🤣👇👇 pic.twitter.com/uAuOXBy46N

His Multi-Million house in Eldoret did not go unnoticed as some users questioned how an MP earning less than 1 million in salary build a 180million home in a short period.

Welcome to Oscar Sudi's house worth 180 million who was a makanga and cattle herder a few years back who now thrives in corruption and hate speech. #UnmaskingSudi pic.twitter.com/RPHMrA8SCI

Others questioned how a mear tout boy rose from his humble background to being one of the richest people in Eldoret. His poor command of the English language was also used against him.

SUDI THE TOUT WITH ACIDIC TONGUE
Sudi the beneficiary of corruption defends it and wants corruption legalized in Kenya and no one should be arrested over corruption. #UnmaskingSudi pic.twitter.com/XdZji7SpPW

Despite this, there were some who stood by the vocal MP saying that he was justified and was only speaking for the voiceless in the country.

You are paid 500/ to spread propaganda on Twitter while Hon. Oscar Sudi is happy enjoying life somewhere in Dubai, Get something better to do. #UnmaskingSudi

You hate Oscar Sudi for speaking facts.2022 game plan is disguised in the fight against corruption. If we can't raise up against the dynasties they will continue to fuck our economy and soon we will all be slaves in our country #UnmaskingSudi

When Oscar Sudi says "Raila amejaza mandazi kwa mdomo" and you remember "sisi tunakula nyama hao wakimeza mate" does it mean tangatanga's outbursts is not because a certain community is targeted but certain politicians access to mandazi & nyama choma has been cut?#UnmaskingSudi

somebody please explain this to me, yaaniii,Oscar Sudi alisoma primary na secondary the same year(s) and graduated from the two the same year????? ama morning classes alikuwa anaenda primo and in the evening anaenda preps secondary??? #UnMaskingSudi https://t.co/7AOqgvEk4L

Support her hustle please! Whichever flag you want you will definitely get it..an amazing gift to give your friends, loved ones & relatives! At a very affordable prices indeed within & even outside Nairobi and Kenya 🇰🇪 🇹🇿 🇺🇬 🇿🇦 🇸🇸 just DM #UnMaskingSudi #kenyatradeweek2019 pic.twitter.com/6oF9PNnfmO

At Kesses, Oscar Sudi said tuanze na wezi wa kitambo, forgetting he is one of them.

He allegedly sought nomination using forged certificates, according to the Ethics and Anti-Corruption Commission (EACC).#UnMaskingSudi pic.twitter.com/yoYTJtZ8Wn