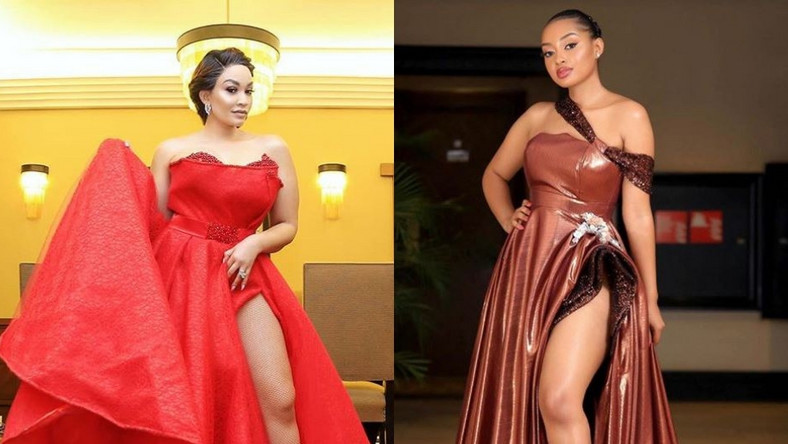 The Miss Uganda beauty pageant flowed seamlessly throughout the night as the beauties showcased their prowess on the runway wowing fans. All hell broke loose when Zari Hassan was signaled to get on stage and announce the winner. The MC who was Anita Fabiola referred to Zari as ‘Mama’, something that clearly didn’t sit well with her as she launched her vendetta on stage. When Zari was handed the envelope, she kept slamming it on Anita’s face shouting rather dramatically, ‘I don’t do admin work’. She had one job but turned the whole thing into a spectacle that annoyed fans who eventually booed her down.

Anita also put her in her place telling her that that wasn’t the time or place. Zari eventually apologized and announced Oliver Nakakande as the winner of Miss Uganda 2019/2020.

Zari darling is everything okay back at home???🤔Yaani true colours zake zilijionyesha and everyone now knows the kind of person she really is. She came across as being catty and extremely insecure. Its like if its not about her then it shouldn’t be about anyone else. Shame oohhh😝😝😝 . . Aki she embarrassed herself and she literally took the spotlight from #olivernakakande and she managed to make herself the headline😣😏😖.Aki huyu Zari anabehave as if anatumia vitu zingine moto😂😂😂. . . Aibu tupu…🤣🤣🤣🤣 . . #thereportcard #entertainmentcommentary #entertainmentvlogger #reactionvideo #entertainmentcontent #entertainer

While Zari would wish it all over, that hasn’t happened as netizens have taken their outrage online. Check out their reactions below:

Wow she really embarrassed herself

What a shame, Zari behave so bad! What a disappointment.. I was holding her so high but not anymore.. Nawow Zari please get it together🤔

I have never laughed this hard. Embarrassment galore

@mkamburichigogoShe is trying to “self value” herself but “story” in the book is found in the old edition which no system wants to use now #irrelevant … @zarithebosslady shame on you.

Uyu ni depression ndio ako nayo aki… This is too much 😂😂😂😂😂

Seeking bad attention as usual!! Education at an early age is key! What a disgrace!

Dealing with “a narcissist is draining.”