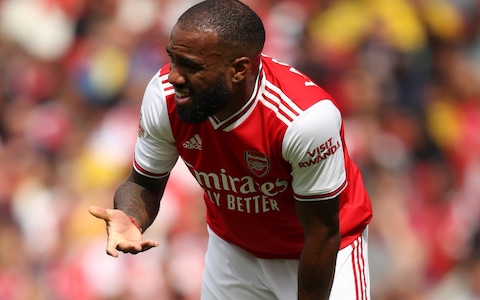 Arsenal lost for the first time in Pre Season this summer after going down 2-1 to French Side Olympique Lyon at the Emirates Stadium. The Gunners went ahead through Pierre Aubaeyang from a very good right-sided cross from Henrik Mkhitaryan.

Alexandre Lacazette was withdrawn after only 15 minutes, the French striker picked up an injury and could miss Arenal’s first Premier League fixture against Newcastle United.

Lyon came back improved in the second half and leveled matters through Mussa Dembele after good work from former Manchester United forward Memphis Depay. Gabriele Martinelli ha a goal ruled out and seconds later Lyon went ahead.

Dembele beat the offside trap and coolly slotted the ball past Bernd Leno for the win. New signing Dani Cabellos made his debut and looked impressive while youngster Joe Willock was the clear stand out performer for the Gunners.

Joe Willock continues to impress. Not a surprise for me. He has it all.

Ceballos best player on the pitch after coming on. Willock + Guendouzi very impressive. Martinelli looks a threat every time he´s on the pitch, very dangerous. Defence was a shambles as usual.

Next up for the Gunners is a clash against Angers SCO on Wednesday.