The midfielder returned home from Chelsea’s pre-season tour and will undergo rehab on the knee at the club’s Cobham training base.

The new season starts in under three weeks and the injury is a  major blow to new manager Frank Lampard who has declared his intention to build his team around the World Cup winner.

Before the defeat to Kawasaki Frontale on Friday in Japan, he was at the training ground with team-mates but did not take part fully in training.

The 28-years-old first picked up the problem in his knee at the end of last season but played through the pain barrier as the Blues won the UEFA Europa League. 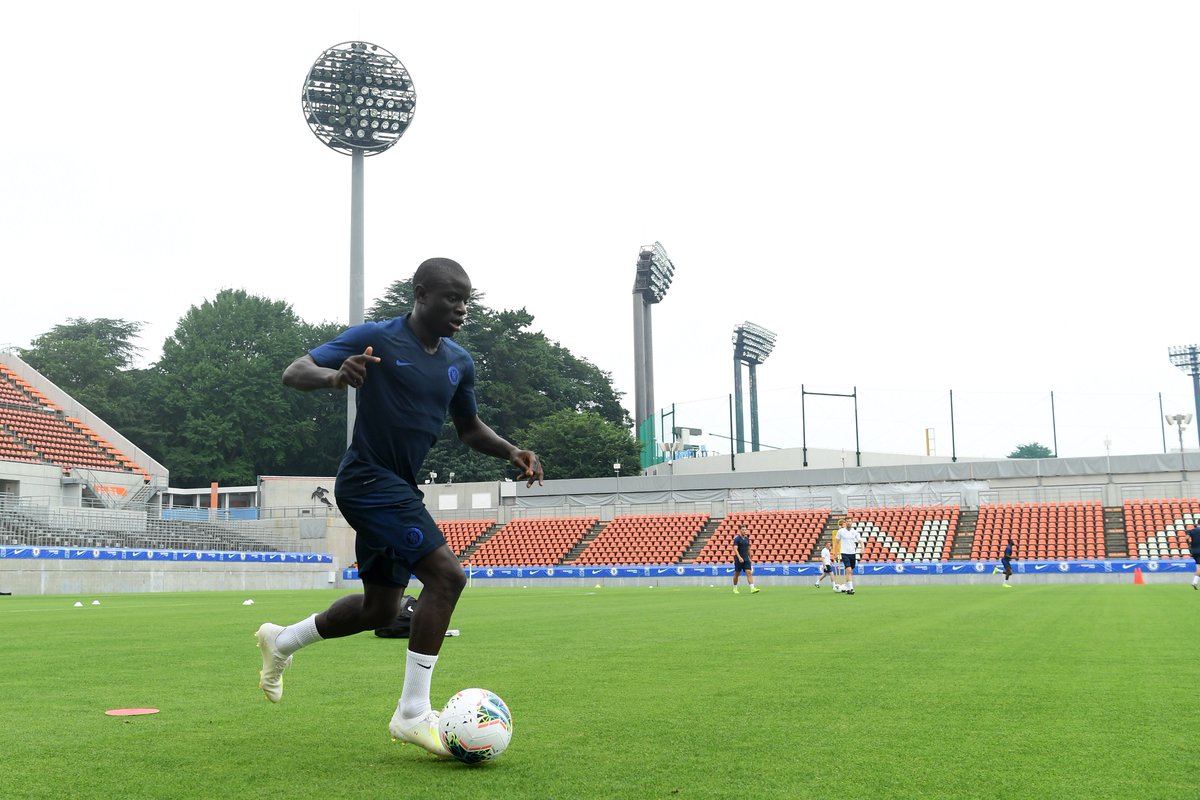 After flying out to Asia, Lampard said he was hopeful of Kante being fit for the start of the season but he is likely to be without the midfielder for the opener against Manchester United.