ODM Party leader Raila Odinga used his political strongholds to abstain from the 2017 repeat elections in a move that was meant to push President Uhuru Kenyatta into a handshake. This is according to new emerging reports.

According to Jubilee Party Secretary-General Mr. Raphael Tuju, who is also alleged to be acting as Raila’s political advisor, Raila Odinga had no otherwise apart from the handshake which according to Tuju, was his only way of bouncing back to the government.

Tuju observed that Handshake was the only way for Uhuru to stop NASA team from calling for a split of Kenya into two nations.

“Before the handshake, there were people who were already calling for the seclusion of other regions from Kenya.  So who do you think was prepared to lead a country where a larger population of its citizens wants the country divided into two? posed Tuju in an interview with a local daily Taifa Leo.

Mr. Odinga was also quoted saying that those who were calling for seclusions were justified in doing so saying that they had been ignored and neglected since independent.

But plans to have the nation divided into two came to an end on March 9, 2018, when President Uhuru Kenyatta and Raila Odinga agreed to work together through the famous handshake.

Plans to separate opposition strongholds from the rest of Kenya emerged after the 2017 general elections when Raila Odinga’s supporters claimed that their victory was stolen by Jubilee party. 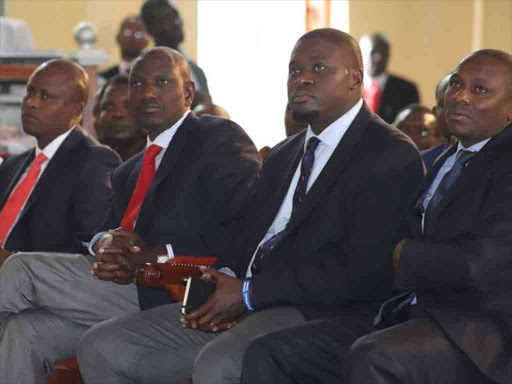 “Those opposing plans to have Kenyans united are killing the unity that is currently existing between all Kenyans. Who will want to lead a divided nation?” said Tuju.

Tuju revealed that Uhuru and Raila had hard times making decisions to come together owing to the opposition from within the two sides where some members strongly opposed the handshake.

He added that the nation was undergoing hard times at the moment and it forced both Raila and Uhuru to make the hard decisions that brought the interests of the nation first.

At the same time, internal wars inside Jubilee party are threatening to send the already split party into a forgotten grave after reports emerged that Mr. Tuju was working for opposition leader Raila Odinga as the Chief strategist and political advisor

Ruto has attacked  Tuju accusing him of betraying the ruling coalition by working with its rival Opposition leader Raila Odinga.

“So our democracy is so liberal that the secretary general of the ruling party has become the chief strategist of the opposition!! Maajabu,” Twitted Ruto.