Speaking to a local radio reporter on Wednesday, Kabogo wondered why the alleged assassination letter had been given much attention terming it as an unnecessary drama which needed no serious attention since DP William Ruto had not personally recorded the statement on the same.

The former Kiambu leader who looked a bit tipsy said Ruto being a boss should have called the DCI officers to his home or office and give them the assassination reports in person.

“That is not a small matter and I want to congratulate the President for calling for the investigations of these people. Assassination plots on a national leader of Ruto’s calibre should not just be propagated rather taken with the seriousness it deserves” said Kabogo.

He warned Ruto together with his lieutenants led by Kipchumba Murkomen saying that assassination allegation was not a light matter to be politicized rather a serious matter.

“Waache hiyo upuzi wanajaribu kuweka ujinga, uchavu ndani ya hiyo maneno. All those involved in the said letter should be arrested and questioned over the same because such insinuations might breach the existing peace in the country.” 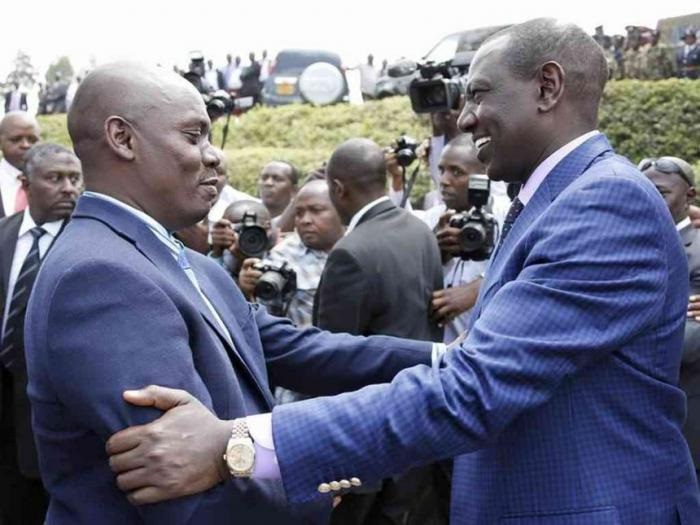 “Wanioneshe tu njia nitanusa hadi nipate ukweli wa mambo” he said. He wondered why Ruto had not talked over the matter if indeed it was serious. He said that Itumbi should release the said video for all Kenyans to believe him.

“How will cabinet secretaries four of them with government cars and flags meet at a place and discuss to finish their deputy? People are enjoying us Kenyans as if we are stupid! Don’t think that I Kabogo will be that stupid to believe you. Let them work for Kenyans and stop enjoying us” added Kabogo.

Kabogo’s sentiments come just a few months after he pledged to bury the past and work with Deputy President William Ruto. Despite this Mr. Kabogo has insisted that he is neither in Tanga Tanga, Kieleweke or in Jubilee Party but the leader of an independent movement of a group of people “who would not run away from a function the other leader is present”