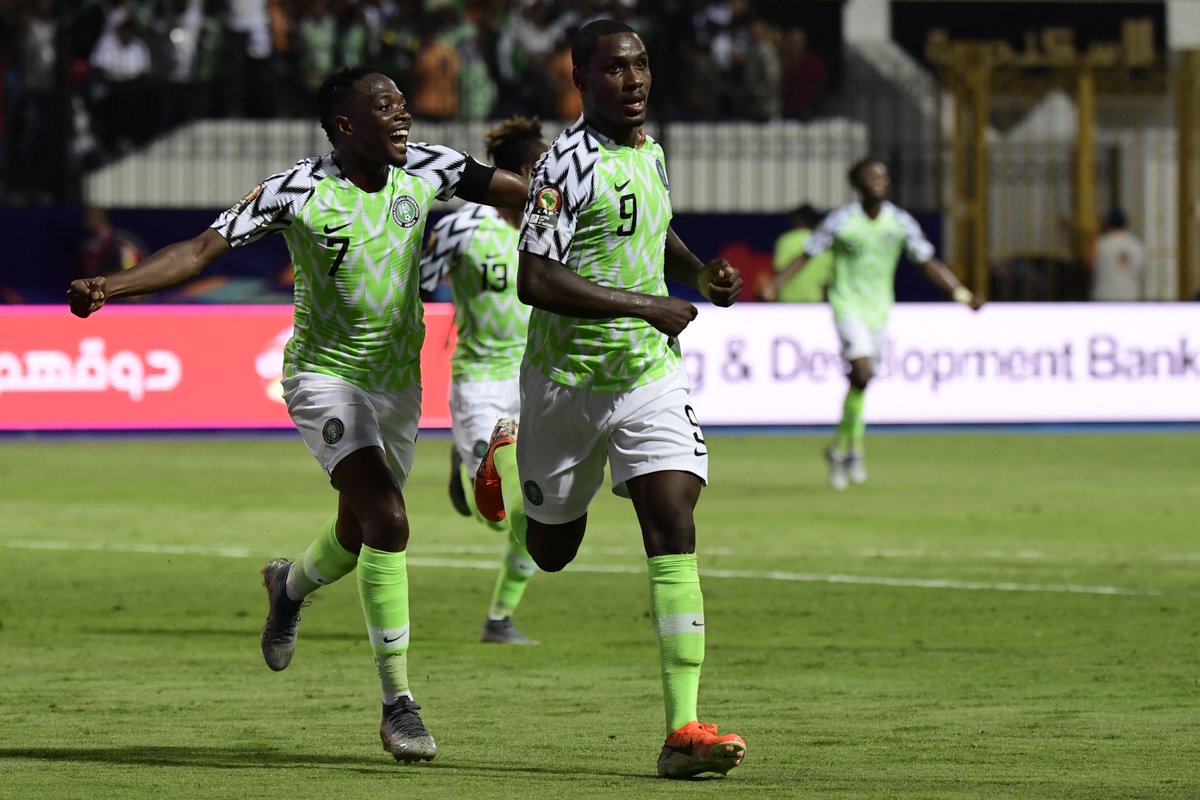 Nigeria are through to the quarter-finals after coming back from a 2-1 defeat in the first half to beat the defending Champions 3-2.

The Super Eagles started the match on a high note by pushing towards Cameroon’s half and forced them to concede a corner a few seconds after the kickoff. The corner kick was quickly taken through a short pass but Odion Ighalo was flagged down for being offside.

Alex Iwobi then got a good chance to target goalkeeper Andre Onana after a corner that was taken by Ahmed Musa in the 11th minute but his grass-cutter shot went far away from the goal post.

Nigeria got their first brace in the 19th minute through resilient Ighalo after a mix-up in Cameroon’s box when Musa shot a quick strike from the left corner moments after his foul kick was deflected by Cameroon defenders.

Pierre Kunde Malong missed a good chance in the 25th minute after receiving a nice pass by Clinton Njie in their opponents’ area.

Finally, the no-nonsense referee Joseph Bondo was forced to yellow-card Kunde after recklessly attacking Peter Etebo, this was after receiving several warnings from the referee.

Cameroon, after a hard struggle, got their equalizer in the 40th minute when Stephane Bahoken comfortably converted joseph’s fine cross to make it 1-1. Three minutes after their first goal, the Lions of Teranga scored the second through Njie’s sensational dribble after receiving a long high pass from Yaya Banana.

Even though they went down 2-1 in the first half, Nigeria were more enterprising than their next-door neighbours.

The Super Eagles came to the second half more determined to equalize but their 47th effort was wasted by Simon who shot a high ball past the goal post. 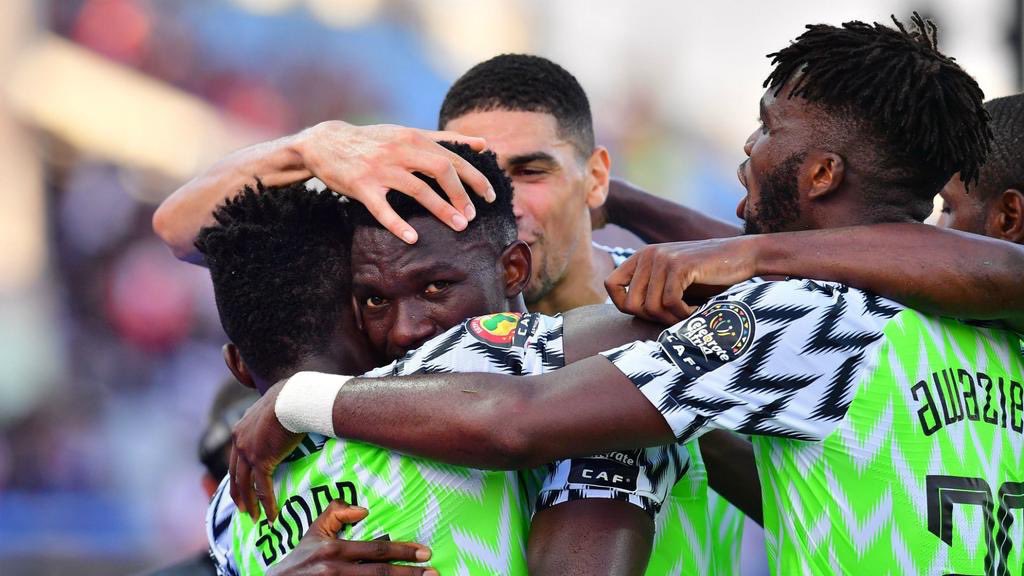 Njie missed another opportunity in the 50th minute when Keeper Daniel Akpeyi saved his shot that was deflected by Nigeria defenders.

Ighalo was called back to action again in the 63rd minute after the captain, Musa chested down a fine high ball from Chidozie Awaziem before Ighalo sent it to the net. Three minutes later, Iwobi marvelously finished Ighalo’s superb pass, just a few metres from Onana’s area to make it 3-2.

Arsenal's Alex Iwobi has today scored a nice goal for Nigeria in the African Cup Of Nations. It's a nice goal, hopefully, he will score some for us such in August. #AFC #Arsenal #AFCON2019 #AFCON #NGACMR pic.twitter.com/l7CtDPy2pT

Ighalo failed to complete a hat-trick after Onana saved his 74th-minute strike, punching it out of his area. Onana was now the man as he saved another attempt by Ighalo in the 82nd minute after a well-calculated corner.

Nigeria managed to defend well till the last minute to see off the defending Champions, Cameroon.