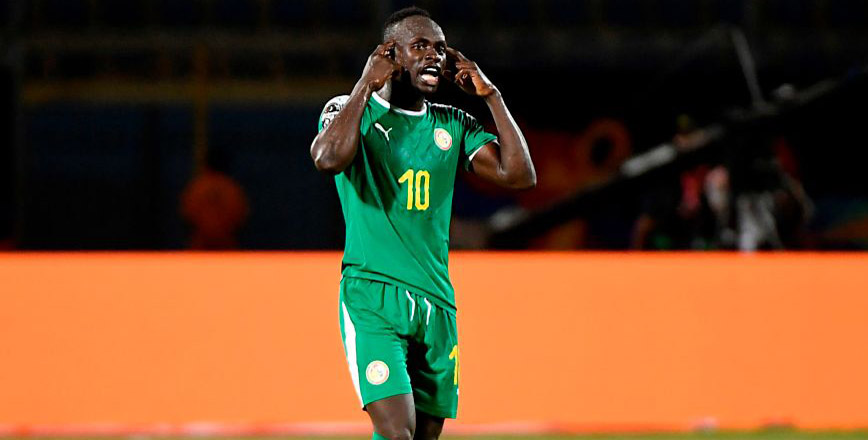 Senegal booked a slot in the quarterfinals of the ongoing Africa Cup Of Nations Cup with a 1-0 win over Uganda in the round of 16.

The first few minutes were a fierce contest that saw 3 bookings in the opening 10 minutes. Senegal’s main man Sadio Mane stelled the early nerves with a well-placed shot following a quick break from Aliou Cisse’s side. Former Gor Mahia left back Godfrey Walusimbi lost the ball in midfield, it was fed to M’Baye Ning who in turn played Mane through on goal.

One on one, even against the brilliant Onyango, there was only going to be one outcome. A typically tidy finish from the man who the English Premier League golden boot and the UEFA Champions League just a little over a month ago.

Uganda did have their moments immediately after Mane’s goal. A quick break saw the ball fall kindly to Emmanuel Oki but his thunderbolt shot was parried away by Alfred Gomis in the Senegalese goal.

Dennis Onyango in the Ugandan goal was part of the early flurry of yellow card and he was lucky not to escape a second when he brought down Sadio Mane in the box ten minutes after the restart.

Mane, who is the top scorer in this Tournament with 3 goals, saw his penalty saved by Onyango. It is his second successive failed penalty after missing in the last match against Kenya’s Harambee Stars.

There was a late cameo for former AFC leopards attacking midfielder Allan Katerega who was introduced with 15 minutes left but he could not inspire Uganda to a memorable equalizer. Senegal’s defense led by the brick wall that is Kalidou Koulibaly held on for the win.

The result means that Uganda bow of the competition but go home with their heads high after managing to get past the group stages for the first time in their history. Senegal on the other hand match on in pursuit of their maiden African title.