Gospel Singer Mr Seed has admitted that he is going through a tough time after his comeback on social media following his cheating scandal.

The Singer has released a new song dubbed ‘Siwezi’ where he reveals the struggles that he has been going through lately.

Seed opened up about his ailing mother and mentioned that he cries and prays every day for the situation to get better. 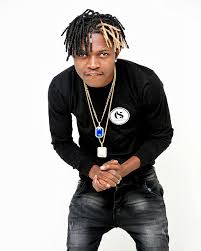 The Singer also lamented about his fellow singers who have been on the forefront claiming that he does not fit in the music ministry.

He says that life is so hard but he remains hopeful that God will come through for him.

Judging from the new song, it is clear that the ‘cheating allegations’ among other issues have affected him a great deal. Seed says he wrote ‘Siwezi’ during a frustrating season of his life.

“We’ve all had days (and maybe even years) when life just doesn’t seem to be going our way!

I’ve had long seasons of life where I felt like nothing was working and everything was out of whack, and I’ve had frustrating days where I just can’t seem to get anything accomplished. This moment writing this Song SIWEZI was one of those times…” he wrote in his post

Despite seeming hopeless, the gospel singer encouraged his fans who could be going through a similar situation to trust in God’s timing and plans.

We’ve all had days (and maybe even years) when life just doesn’t seem to be going our way! I’ve had long seasons of life where I felt like nothing was working and everything was out of whack, and I’ve had frustrating days where I just can’t seem to get anything accomplished. This momemnt writing this Song SIWEZI was one of those times… One thing I learnt through all this is God’s plans are almost always different from our plans, but His plans are always perfect! Have the patience to wait on His timing instead of forcing your own. I Pray That SIWEZI REMIND YOU THIS 4 THINGS; 1. Remember that your Character should always be stronger than your Circumstances. 2. Remember that your Struggles always lead to Strength. 3. Remember that God’s timing is always perfect. 4. Remember that God will never leave your side. SIWEZI OFFICIAL VIDEO IS OUT!! LINK IN MY BIO Thanks Alot for your Continuous Support and May God Bless You. I Love You My Fans(family) VIDEO DONE : @director_ivantz AUDIO BY @alexisonthebeat / @starbornempirestudios

Mr Seed, however, did not directly address the cheating allegations in his new song but it seems like his relationship is still intact.

His lover Nimo Gachuiri went all the way out to offer her support to Mr Seed’s music by sharing the song on her instastory.

Despite the uncertainty caused by the speculations that the Singer cheated, fans have expressed their excitement over Mr Seed’s new song.

Have a look at the reactions.

Wooooow,this blazing.You’ve done it again.Powerful Jesus has done something in you which is permanent.More blessings Mr.Seed nd young family.
Loving the songs Mr. Seed has done this year

Have a look at his new song