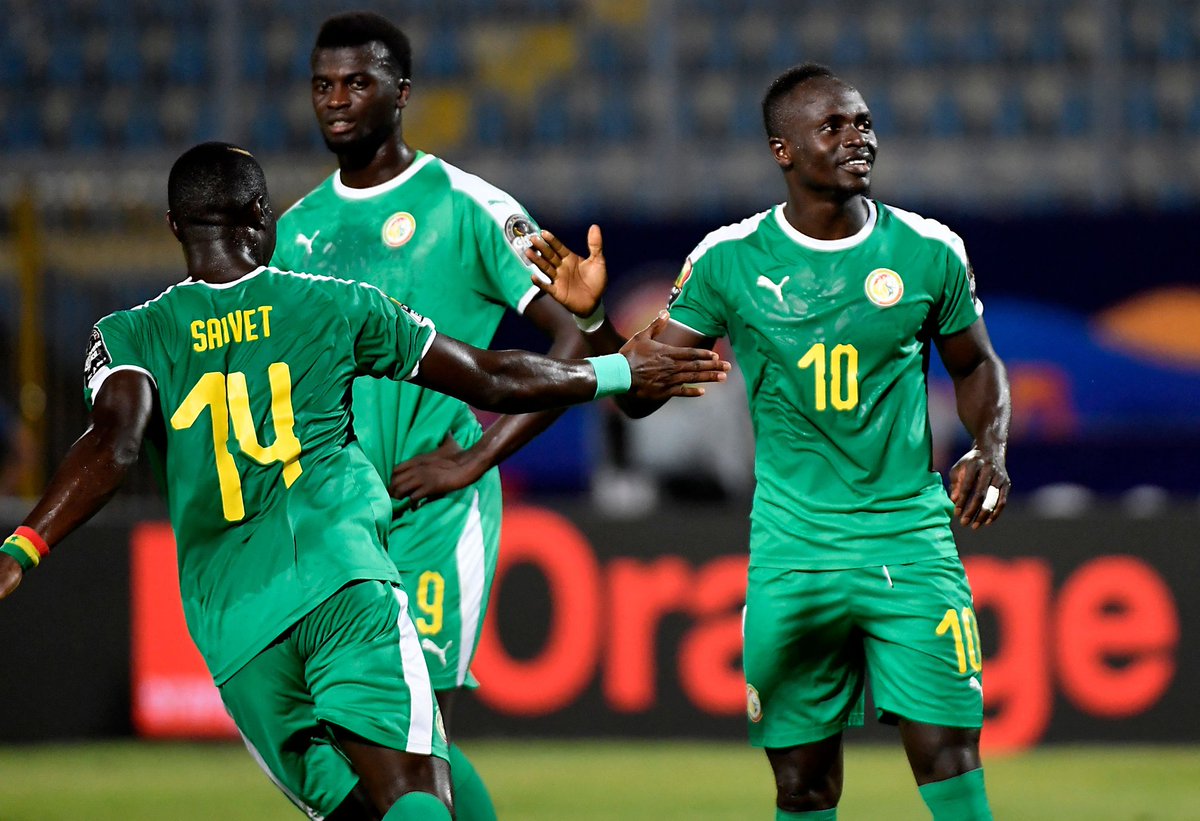 Senegal captain Sadio Mane successfully led his team to book a place for the round of 16 in their final group C match on Monday. The Liverpool star woke up from a long slumber to score 2 goals in their 3-0 victory against Kenya’s Harambee Stars.

The Lions of Teranga experienced a torrid time in the first half as Kenya remained resilient till the 63rd minute when  Ismaila Sarr broke the deadlock by hooking in a cross that Keeper Matasi failed to intercept. Things became easy for Mane and his compatriots after the opening goal.

Nine minutes later, Senegal cleared a corner and released Mane, who drilled the ball past Matasi to put his team two goals ahead. Mane, who was now clinical scored a penalty in the 78th minute after Matasi saved his first penalty in the 27th minute. Mane generally was a big boost to his team.

Not a vintage performance from the Liverpool man but he was clinical, composed, and efficient when it counted. His first goal was one to make Jürgen Klopp proud.https://t.co/p95NqnTnJx

According to statistics, the 27-year-old was composed and efficient; he was there when his team needed him most. His first goal was standard and mindboggling. His two goals made him join a group of nine players who have scored 2 goals each in the ongoing tournament.

The race for #AFCON2019 top scorer is heating up 🔥

His superb performance earned him the man of the match.

Mané's attitude hmmm that's him getting worked up and throwing hand up in the air! pic.twitter.com/jVUm0NGXG9

Mane will now lead his team against Uganda in their round of 16 matches where the winner will proceed to the quarter-finals.

Here is a video for the full match highlights