Ford Kenya party leader and Bungoma Senator Moses Wetangula has given an early indication of the Western region fronting a single Luyha Presidential candidate ahead of 2022 general elections. 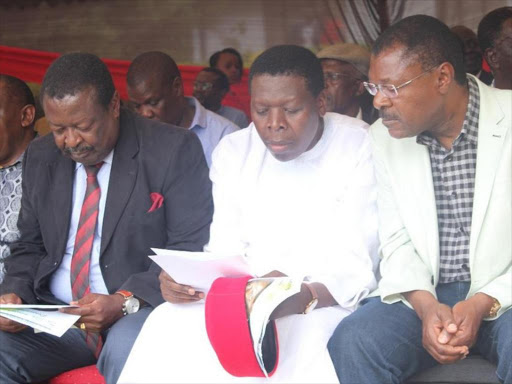 Speaking on Saturday at Sibanga in Trans Nzoia County during the burial of Vincent Wattanga, the father of Humphrey Wattanga, the Commission on Revenue Allocation vice-chairperson, Wetangula said it was high time for the Luyha nation to come together in order to increase their chances of clinching the Presidency in 2022.

“We want to assure our community this time we will not fall prey to plans to scatter our votes like has been the case in the past.”

Wetangula opined that it was high time for the community to rise its way insisting that he together with ANC leader Musalia Mudavadi and Devolution CS Eugene Wamalwa had already started talks that will lead to the community producing a single presidential candidate in 2022.

“We are going to walk with my brother Mudavadi to the end and ensure the dream by our community to ascend to power is realised.” he added

Wetangula also said that it was high time for the opposition leader Raila Odinga together with his ODM brothers from the lakeside to support a candidate from Western Kenya adding that the Luyha community had solidarily stood with the former premier for three successive elections.

According to Wetangula, Raila’s support in 2022 will act as a form of appreciation to the Luyha community and this will boost their 2022 Presidential ambitions.

“The Luhya community rallied behind Jaramogi Odinga’s presidential ambitions and later did the same to his son Raila Odinga. It is time we also get support from the Luo community,” said Wetang’ula. 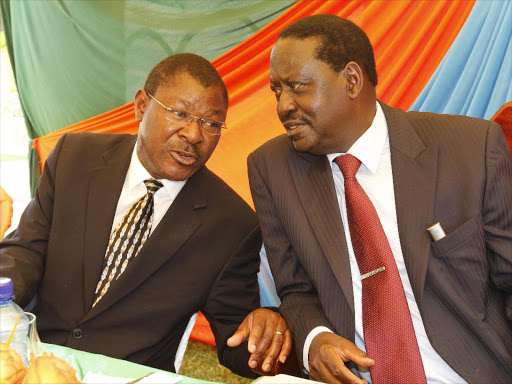 He also called upon the Kikuyu and Kalenjin communities to stand with them saying that Luyha had for a long time remain neutral voting for whoever Presidential candidate regardless of the tribe they came from.

The community’s dream to take power in 2022 is still in shambles after a large number of leaders from the region threw their weight behind deputy President William Ruto who has toured the regions more than 20 times in 2019 launching different projects at the same time conducting church fundraisings.

The recent leaders from the region who recently defected to William Ruto’s Tanga-tanga camp includes former Kakamega Senator Boni Khalwale together with former sports cabinet secretary Rashid Echesa who had joined Musali’s ANC before making a U-Turn back to Ruto’s camp.

It is due to these same defections that ANC leader Musalia Mudavadi recently bashed at some of Western Kenya politicians claiming that it was so unfortunate that majority of them had thrown the electorates’ plight under the bus and allowed to be misused by those seeking selfish gains.

He warned the Luhya leaders against being second options to political giants who are out to use them. 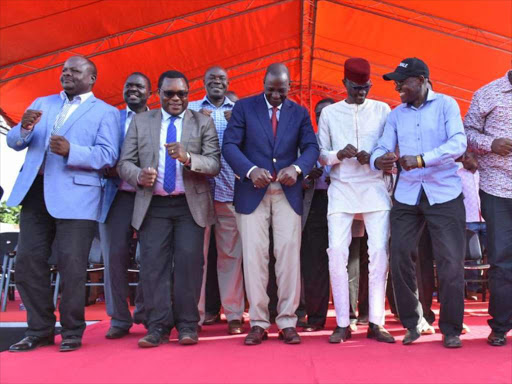