Elgeyo Marakwet governor Engineer Alex Tolgos has vowed to personally receive the former prime minister Raila Odinga on Sunday when the premier will tour Marakwet West on a function he has been welcomed by Cherangany MP Joshua Kutuny.

The former Prime minister will be the chief guest at a function in Chebara Primary school to celebrate the retirement of Ruth Kiptoo, mother-in-law to Cherangany MP Joshua Kutuny, who is quitting teaching after 40 years in the profession.

“I have received the invite and I will personally be there to welcome the former prime minister,” said Mr Tolgos as quoted by a local daily.

This is the first time Mr. Odinga will be in the region after the 2017 general elections. He will be expected to spread the handshake gospel something that the region’s kingpin Deputy President William Ruto has been against.

Governor Tolgos who has recently not been in good terms with his boss William Ruto is said to have gone out of his way to incorporate personal resources to plan and organize for the function whose preparations are in top gear and is already resembling that of the state. 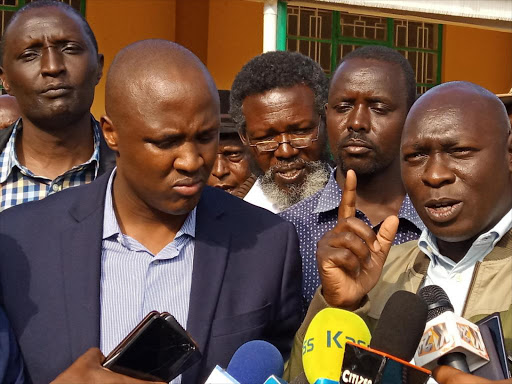 Elfgeyo Marakwet ODM chairperson Micah Kigen observed that although many of the region’s leaders don’t support the March 2018 handshake, the locals are already embracing it and it was good timing for the ODM boss to explain its importance in person to the locals

“One of his core responsibilities as a partner in the handshake between him and President Uhuru is to explain to the people why togetherness and cohesion are the most important things we need in the country currently,” said Kigen

Kutuny, who is a fierce critic of Deputy President William Ruto, is set to use the function to drum up support for the handshake between President Uhuru Kenyatta and Raila Odinga to a region that has reluctantly embrace the bruce.

“On behalf of my family, I take this opportunity to welcome the public and all leaders to attend the event,” Mr Kutuny told a local daily on Saturday.

Governor Tolgos in April announced that he had ditched William Ruto’s Jubilee party citing frustrations and dictatorship from some of William Ruto’s friends including the county’s Senator Kipchumba Murkomen.

“Some people are saying I have decamped from Tanga Tanga, but I have never been in that outfit. What I am displeased about is the vigour with which the DP’s allies have been insulting me and other leaders at various forums. I have borne the brunt of incessant insults from Jubilee leaders and they should know I will go with my supporters to Kanu.” Said Tolgos after announcing defection in April 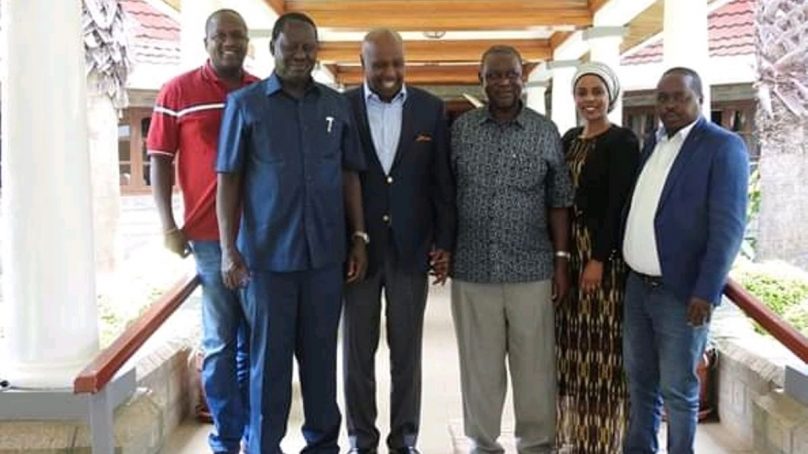 Many have already predicted a brewing coalition between Kanu leader Gideon Moi with Raila Odinga in 2022 and by Tolgos hosting Raila in his county on Sunday is just one way of preparing the 2022 working relations.

It is the same county of Elgeyo Marakwet that the ODM chief was ‘baptized’ and re-named Arap Mibei (son of the waters) in 2007 by the region’s elders in a campaign rally held at Chepkorio in Keiyo South.