The Census is almost here with us. Ahead of the highly anticipated exercise, a number of Kenyans are out to apply for various positions.

From ICT Supervisors to Content Supervisors to Enumerators, a number of Kenyans are hoping to bag a 30 day contract with the Government and in the process make some good clean money.

We all know that times are hard in the country and that many youths are still unemployed despite having all the necessary qualifications to help them land a job.

The Unemployed Youths should therefore be considered for the Census positions but this is unlikely to be the case.

A number of civil servants and senior Government officials on a monthly payroll have apparenlty been applying for leave in the month of August so that they are able to take up the Census Jobs.

This has caused a huge uproar among Kenyans and a number of Political Leaders like Moses Kuria. 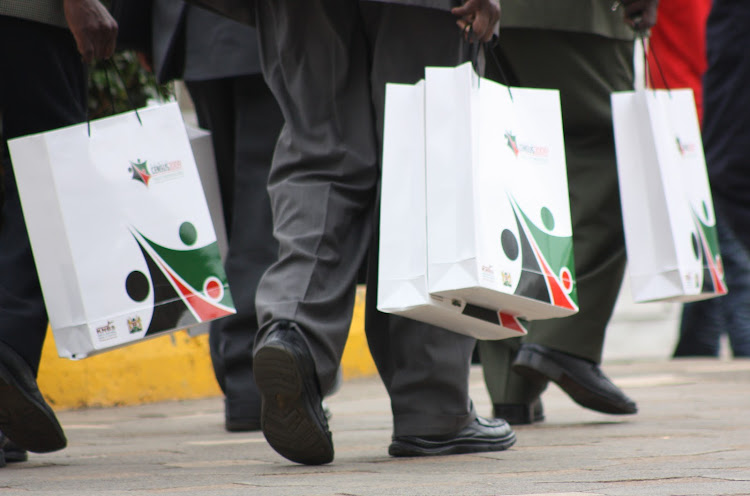 The Gatundu South MP has said that it is unfortunate to see employed individuals on the Government’s payroll take leaves to go compete for positions with unemployed youth.

Kuria has said that the Census Jobs should be left strictly for the Youths.

He has even made a solemn promise that should he become President come 2022, no civil servant will compete for Jobs with the Unemployed Youths.

“It is saddening to see School Principals, Civil Servants and other Senior Government Officials applying for leave in the month of August to take up jobs as Census enumerators. This census is not just a census. It’s supposed to be a youth empowerment exercise. Leave these jobs to our millions of unemployed youth. Shame on you!! How do you compete with your children ? When I become President nothing like this will happen,” Posted Kuria on His Official Facebook Page.

Kuria’s sentiments have been echoed by a number of Kenyans. They have urged County Commissioners and other Government officials to protect the Youth from exploitation with regards to issuance of the Census Jobs.

Below are Reactions From Angry Kenyans on the Same:

What’s your take on the issue of civil servants/people on payslip taking August leave to apply as emumerators in the upcoming census?

Should they leave this to university students and jobless young Kenyans?

This census will give jobless kenyans small capital to startup life and engage in business.

I urge our able county commissioners to protect our young people from this egocentric Kenyans.

Jobless youths must be considered.

1/2 It is so saddening when I see form four leavers/ college students trying to apply for census Enumerator job, but they are competing with civil servants, school principals and senior government officials.

Govt comes up with such to empower jobless youths.