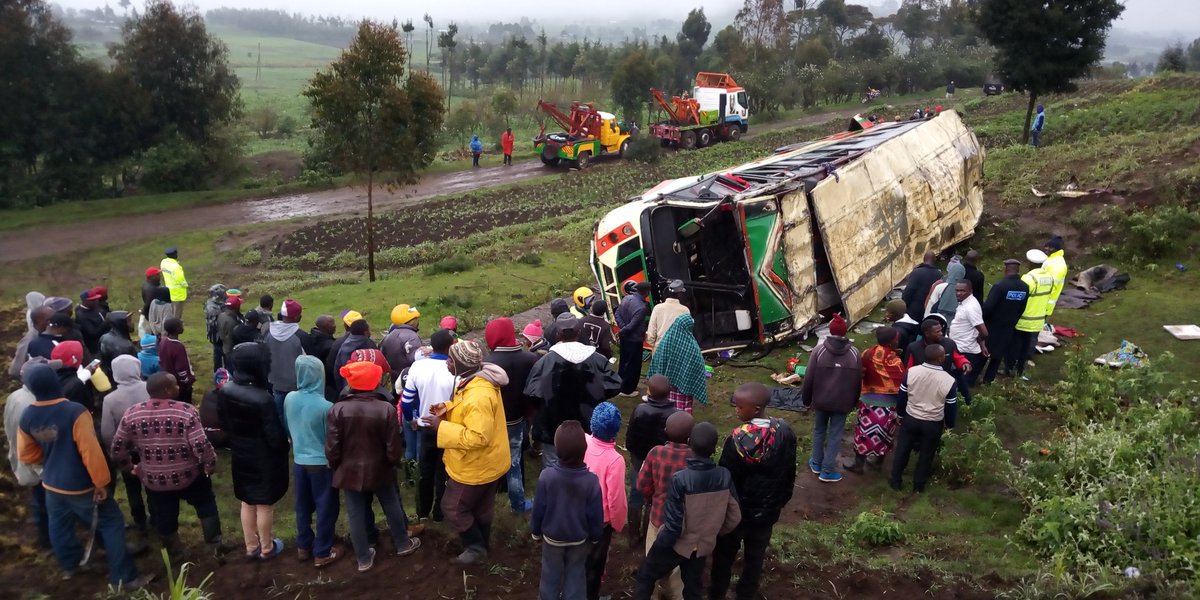 Residents of Kinangob area along Nakuru Nairobi highway on Sunday morning woke up to sad reports after Mbukinya bus travelling from Kakamega to Nairobi veered off the road rolling several times in the process leaving many passengers injured. 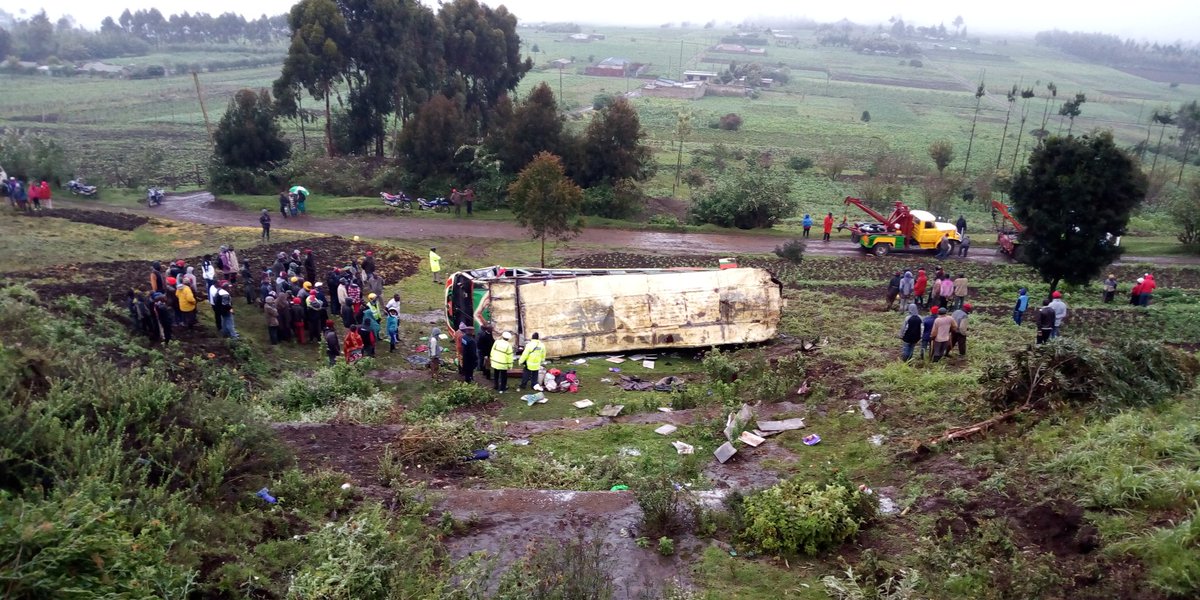 According to reports, the Bus which was coming from Butere to Nairobi veered off the road and rolled into a cliff at Mwisho wa lami, Kinungi along Nairobi-Nakuru Highway due to poor visibility as a result of heavy mist in the area.

The injured victims have already been rushed to different health facilities and hospitals near the area of the accident. The number of those who perished is not yet confirmed. Driver and conductor who were allegedly high on alcohol and miraa have since disappeared and the police have already launched investigations into the accident.

Mbukinya bus from Butere veers off the road and rolls into ditch at the Kinungi incline along Nairobi-Nakuru Highway. Injured rushed to hospitals within Naivasha. pic.twitter.com/retd4nCE0u 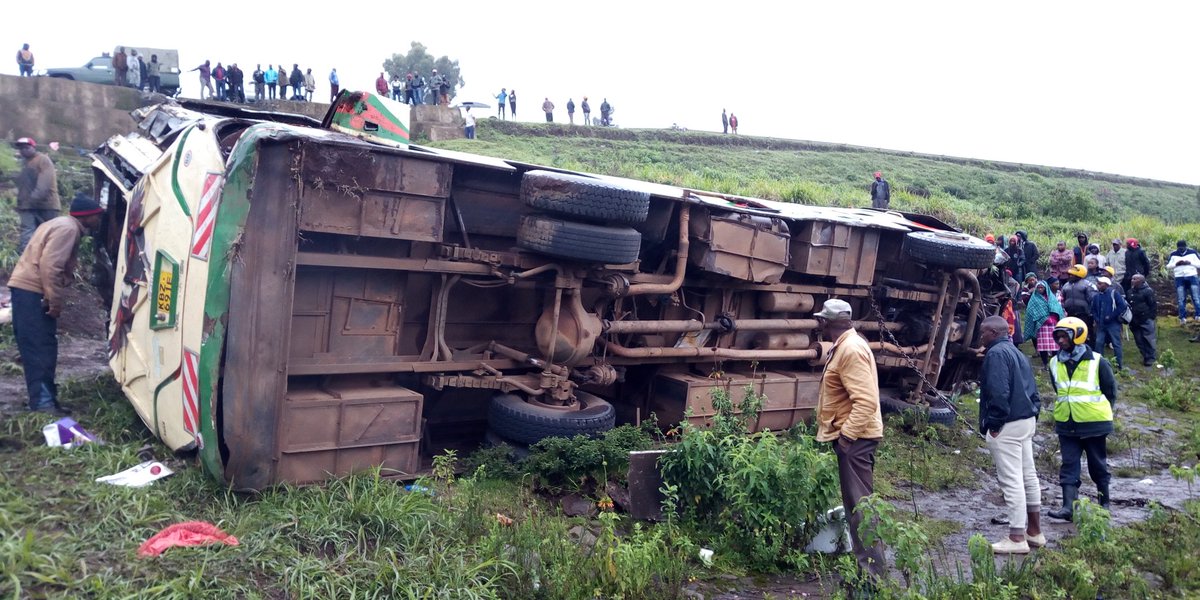