Speaking during a funeral function in Western Kenya on Saturday, Echesa castigated Dp William Ruto for using money to buy leaders, especially from Western Kenya without having any interest of Kenyans at heart.

His vocal attacks on Ruto comes barely a month after attending DP Ruto’s function in Kakamega county where they were hosted by former Kakamega Senator Boni Khalwale in his Ikolomani home.

He maintained that it was time one of their own Musalia Mudavadi to get support in order to clinch the presidency in 2022.

“Those in Amani National Congress (ANC) party ought to realize that Mudavadi is a leader for all, he is the strongest presidential candidate we have in Western and we must help him clinch the top seat by all means,” he said.

Echesa added he would use resources at his disposal to drum up support for Mudavadi and ensure the region produces the next president.

“I want to encourage Mudavadi to be brave and embark on galvanizing the entire region, he is the most popular leader in Western,” he said. The former CS, has been an ally of Deputy President William Ruto from the region and claimed that some politicians are being used to scuttle Mudavadi’s efforts.

In an indirect reference to Ruto, Echesa alleged that he knows of some politicians from Western working closely with the National Intelligence Service (NIS) to come up with fake opinion polls and ratings indicating that William Ruto is above Musalia Mudavadi in the region. 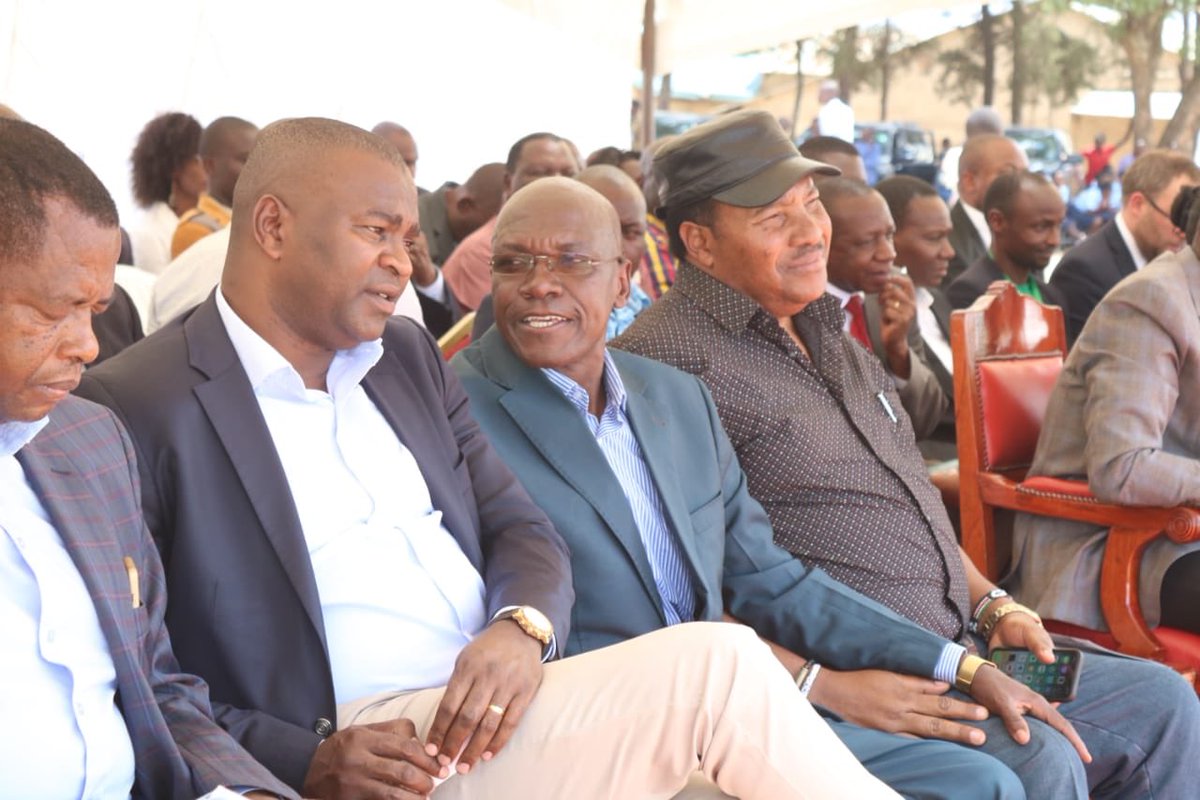 He urged the Luyha nation to continue eating from Ruto’s plate but remain under Musalia Mudavadi in 2022.

Echesa’s bitter verbal attacks on his former boss are attributed to the fact that William Ruto failed to come to his aid when he was sacked by President Uhuru Kenyatta early this year.

Earlier on the day, Echesa took the opportunity to settle his differences with Kakamega Senator Cleophas Malala. The two hugged, shake hands and promised to settle their personal soars as they work together for Kakamega county residents.