The man identified as Abdirzak Yusuf Adow was captured on CCTV footage committing the setting the business complex ablaze, destroying luxury vehicles worth Ksh.600 million and several offices within the building.

The footage shows the suspect walking wearing a helmet to hide his identity at 8.30pm.

He approaches the car yard carrying a jerican believed to have contained fuel and sets ablaze a 2018 Prado v8 before taking off.

The explosion and subsequent fire spread out quickly and in three hours. 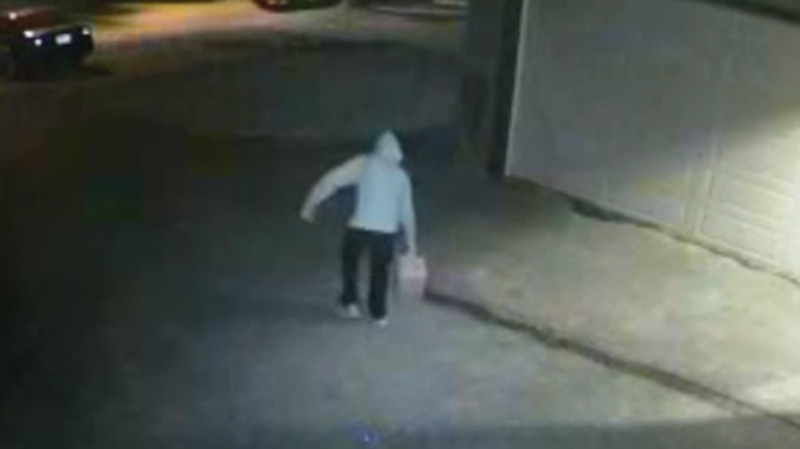 Detectives are said to have visited his Nairobi homes in Eastleigh and Kileleshwa but did not find him.

“We told his people to let him know he is wanted. He has been placed at the scene of the incident and it is believed he was bitter with the business at the building where he was a broker,” said an officer aware of the probe.

The Institute of Engineers of Kenya had urged the owner of the Malik Heights building to launch a forensic investigation into the structural integrity of the building following the fire incident.

Fresh details have now emerged that the 78 vehicles razed down were not insured with the building, suffering yet another security lapse of lacking a fire suppression system and smoke detectors that would have helped quell the severity of the fire that took fire fighters more than three hours to contain.

Majority of the vehicles that went up the flames include the latest models of Lexus, Toyota and Mercedez Benz.