Newly crowned and six-times Champions League winner Liverpool’s, have their 2019/2020 away shirt ‘leaked’ ahead of this week’s release date but it hasn’t received positive reviews from the fans.

The Premier League runners up will be aiming to defend their Champions League title and fight for the Premier League on the road in the kit next season after finishing just a point behind the winners Manchester City who claimed it a second time in a row.

The strip, which has leaked on social media, is a plain white number, with a dash of red on the sleeves on the front body of the kit has slightly off-white rectangles whose corners overlap each other to create a slightly wavy effect from afar.

But what has caught the eye of the fans and the most distinctive feature of the shirt, though, is the odd-looking v-neck collar, where the material crosses each other. 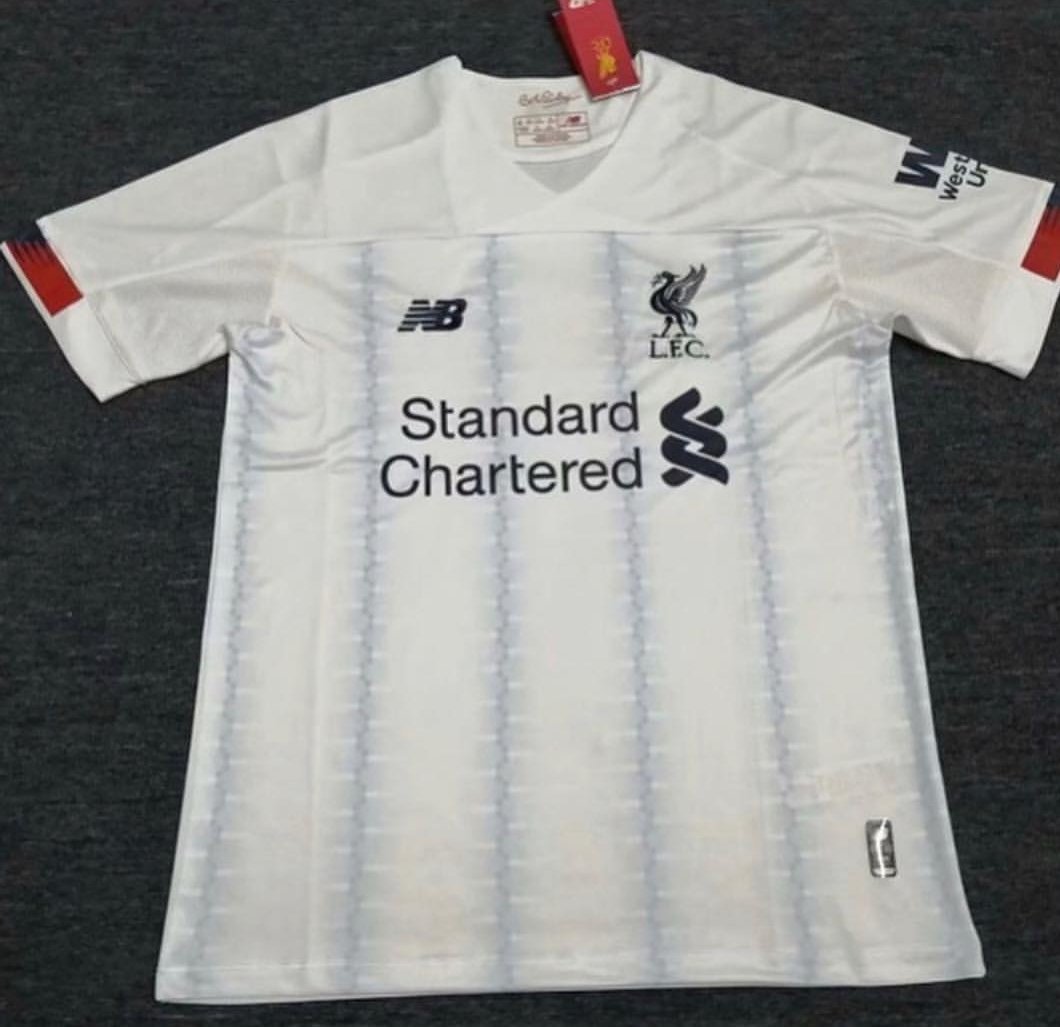 And Reds supporters were not overly keen on the insipid design and complained about the look on social media.

Although there was a rare piece of positivity from Phil, who has already got his replica version. He said: “Got one already. Not as bad as first thought tbh.”

Liverpool’s kits next season have been designed to pay homage to legendary manager Bob Paisley who would have celebrated his 100th birthday next year while the traditional red home kit has already been released to rave reviews with delicate white pin strips adorning the kit.

“This year’s home kit is incredibly strong,” said Reds captain Jordan Henderson. “I’m really looking forward to wearing it every time we play at our beloved home of Anfield, as a symbol of the pride and passion you have when you’re a Red.

“It’s also a really fitting tribute to one of our greatest managers, Bob Paisley, and is a fantastic way to remember all his success.”

A black, with gold styling, keeper kit has also been shown off by Alisson.

“I’m incredibly impressed by the style of this season’s goalkeeper jersey,” said Alisson. “It will really stand out on the pitch and will look great alongside the home kit.”