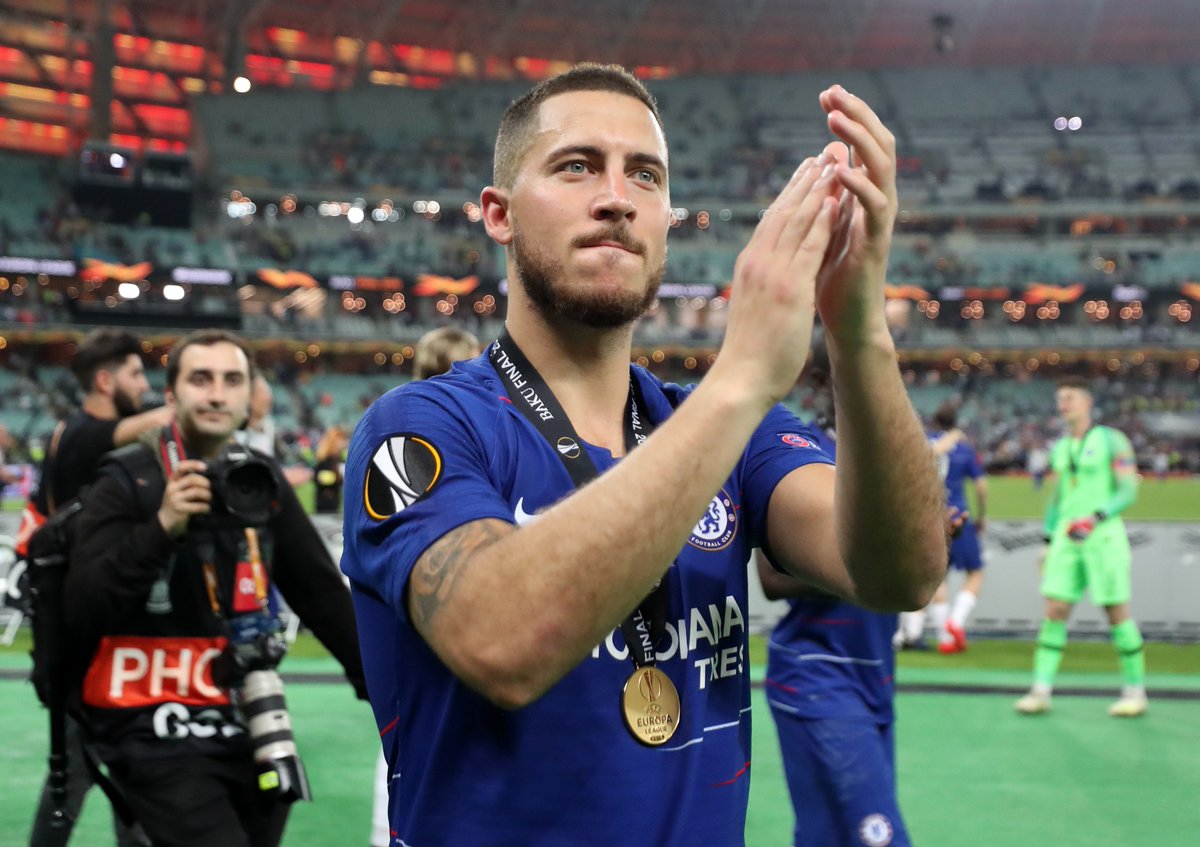 Numerous sources allege that Belgian professional footballer Eden Hazard who plays for Premier League club Chelsea has signed a deal with Real Madrid. This comes hours after Chelsea played games with Real Madrid over his transfer with the latter calling for the lowering of Chelsea’s’ £100million plus valuation.

BREAKING: Eden Hazard will join Real Madrid for €100m. Official announcement will be made in a few hours. pic.twitter.com/6rvRkzOOPu

Fans from the Spanish giants club had been hopeful of completing the signing of the 28-year-old despite previous talks collapsing.

Theee most overrated player on earth!!! He will flop at RM save this tweet! pic.twitter.com/OT2sLCts8u

Hazard’s advisors were said to be mildly concerned that the player, around whom Zinedine Zidane wants to build a new-look attack, remains in limbo despite effectively having publicly called time on his Stamford Bridge career following his match-winning display in last week’s Europa League final win over Arsenal.