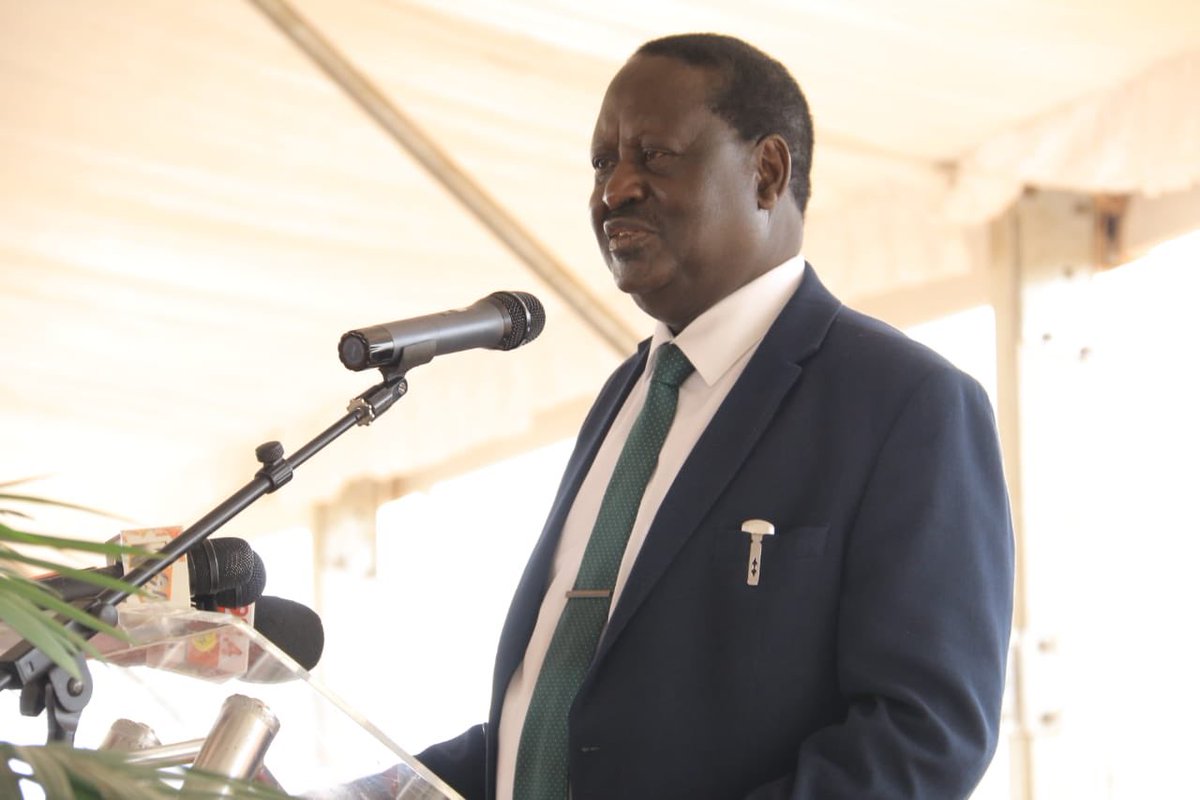 Kiambu County is slowly turning out to be a political battle field. Most leaders pick the region to flex their political muscles.

But no nonsense Raila Odinga has refused to be scared by political heat associated with Kiambu County which is barring politicians from setting foot in President Uhuru’s back yard.

MPs against Deputy President Willam Ruto’s 2022 bid  asked him not to set foot in Kiambu county unless he is accompanied by his boss Uhuru Kenyatta.

The team famed as “Kieleweke” further called for the DP to quit his job if he cannot stop the 2022 presidential election campaigns.

In a statement packed with political undertones, the lawmakers criticized the DP as sneaking in Uhuru’s backyard instead of being bold enough to ask for his boss’ blessings.

The same Sentiments were being orchestrated to block Hon Raila Odinga from setting his foot in Kiambu.

Attended the groundbreaking ceremony for Unity Homes at Tatu City and took the opportunity to ask Kenyans to embrace the idea of Special Economic Zones. I also appealed for measures to address the high cost of land which is scaring away potential investors from our country. pic.twitter.com/SHwbnKNlkk

Hon Raila Odinga has told off Kiambu Governor Ferdinand Waititu who was behind plans of stopping Hon Raila from addressing the High Investors meeting in Tatu City in Kiambu County.

"I need nobody's permission to come here. I can go to any part of Kenya without seeking anybody's permission least of all the permission of a governor…" Raila Odinga says at Tatu City, Kiambu County during the groundbreaking ceremony of affordable housing units pic.twitter.com/zfKONf0YaI