The first betrayal came during the Canceled Murang’a prayer meeting which was organized by DP Ruto. 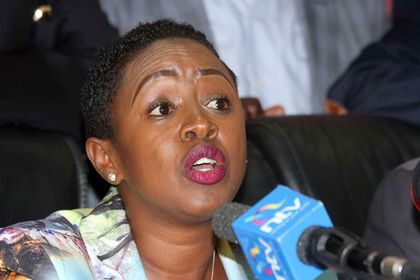 She said although she was not part of the coordinating team, it was feared that politics would cloud the real intentions of the function.

“Since the meeting could be seen to antagonise President Uhuru Kenyatta, it was postponed to a day that would be communicated. Although there was no such an agenda, people might interpret it in the wrong way,” said Ms Chege.

Her words betrayed what DP Ruto who had planned for a very long time for the prayer meeting.

But recently, Hon Sabina Chege cleared the air about joining Team Kieleweke which is opposed to DP Ruto’s presidency.

But again Sabina Chege has made another u-turn condemning DP Ruto for his church politics. During the national Prayer meeting, Sabina Chege stated that it is gross misconduct to turn the altar into a political battle field.

“We have dishonoured the church by going to church and talking about politics. As politicians, let us honour the altar,” claimed Chege.

Sabina Chege on politicians' contributions to churches: We have dishonoured the church by going to church and talking about politics. As politicians, let us honour the altar #PrayerBreakfast2019 pic.twitter.com/g5nXbfOAaM

Hon Sabina Chege has also asked the political leaders to lower their tones to allow President Uhuru Kenyatta continue with the fight against graft.

Sabina Chege: I am hoping that after today, political tones will go down and that we will work on fighting graft #PrayerBreakfast2019@Zindzi_K
@TrevorOmbija pic.twitter.com/EHn8i2PNA5