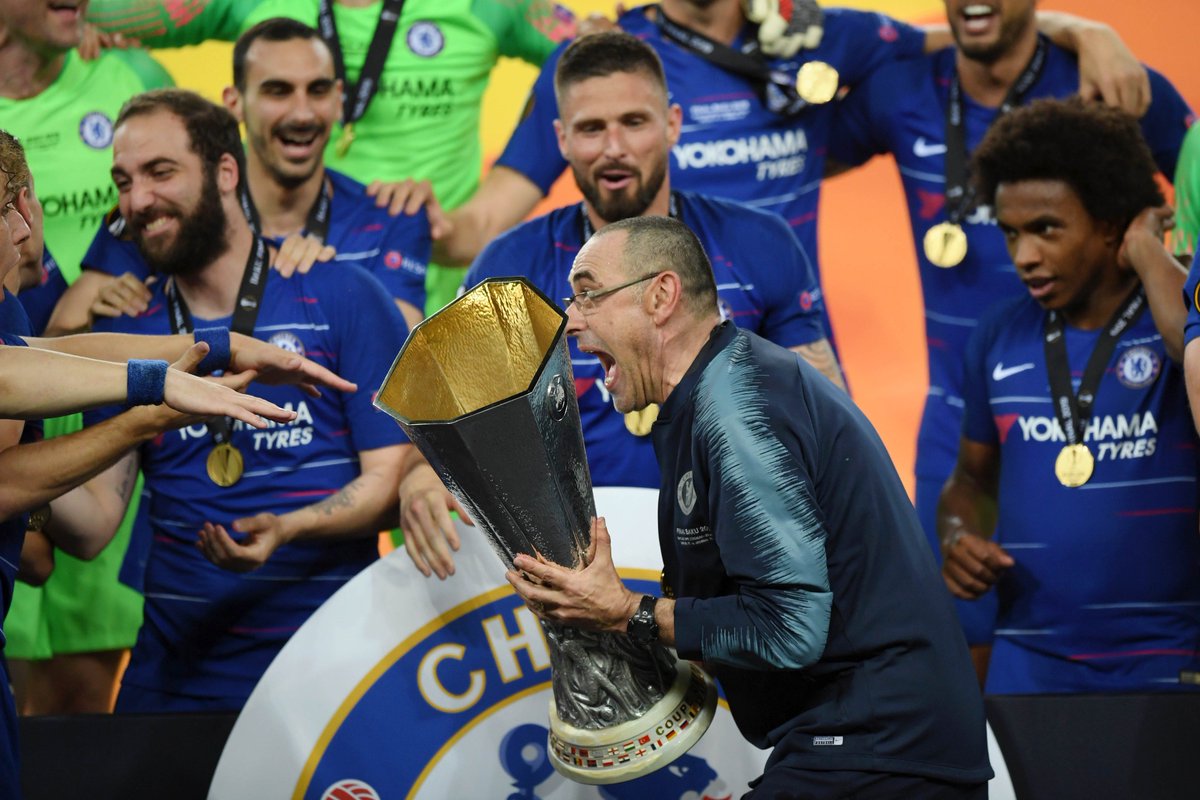 Chelsea manager who guided his club to the finals and victory in the Europa League trophy title, the only one in his life as a manager has confirmed that he has known from long that Eden Hazard wanted to leave the club and that he would talk to the management about his own future

The Belgian, Hazard,28, inspired Chelsea to victory after scoring a brace in the Europa League final and then insisted he wanted to leave for Real Madrid where he has caught the eye of the manager, Zinedine Zidane saying he wants a new challenge before even picking up the trophy. 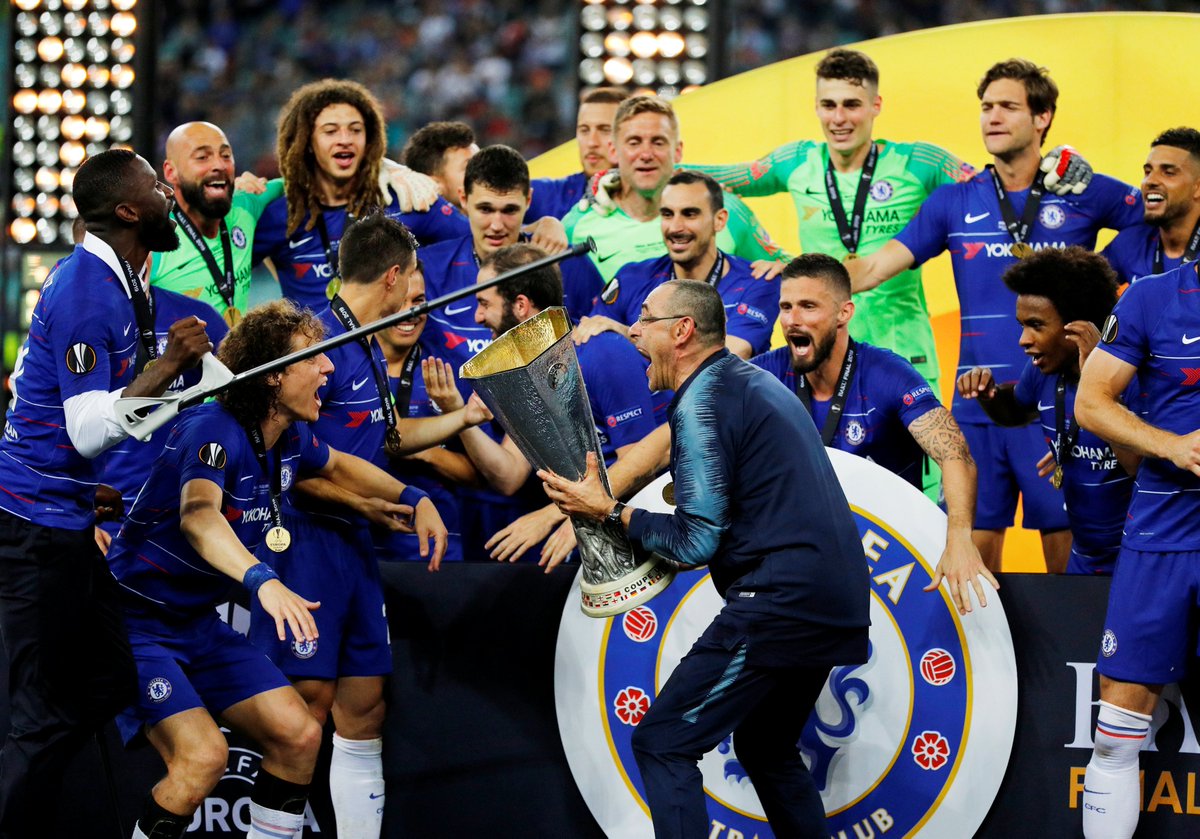 It is unclear if Sarri will follow him in walking out of Stamford Bridge after lifting his first trophy with the club after a blurry future at the club where it has inevitably been said his future is unknown amidst his being wanted at Juventus.

Sarri said: “I think we deserved to win the Europa League. It’s very important to me but very important for us. I’m really very happy with my players. 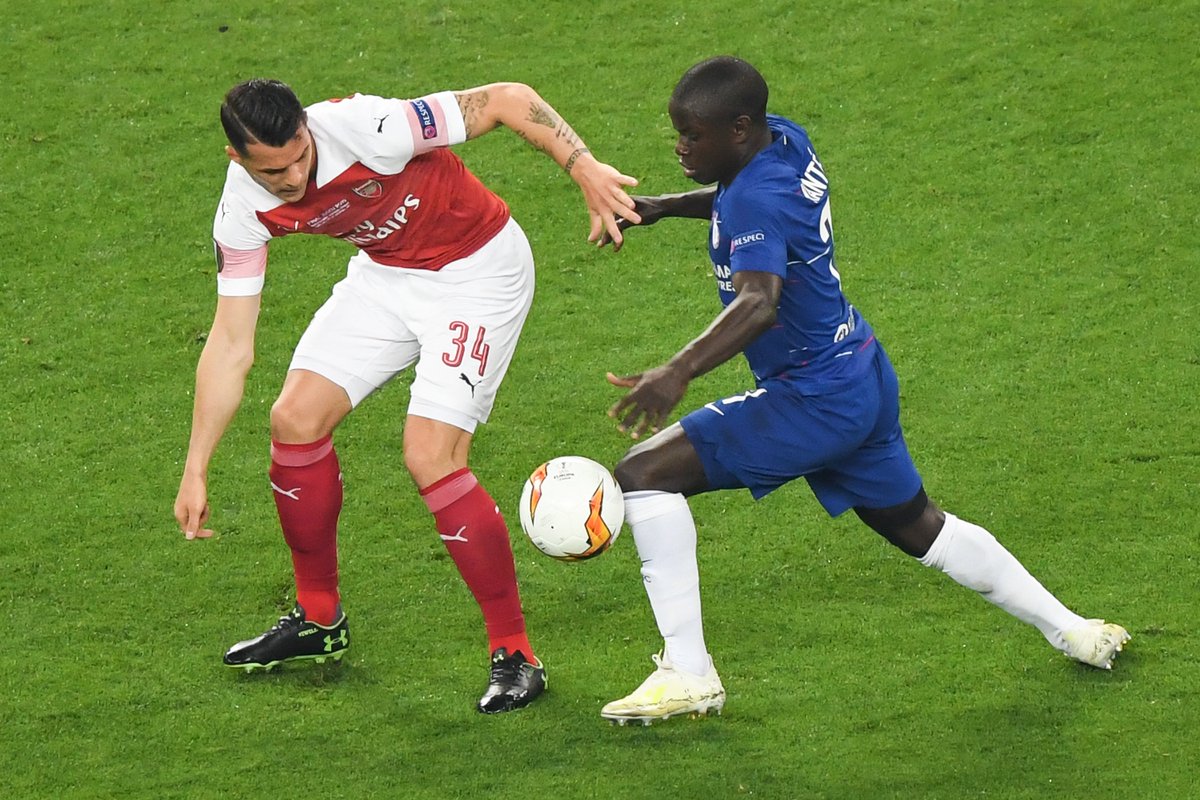 “Tomorrow, I will begin to speak to my club. We need to speak like at any club at the end of the season. We need to know what the club can do for me, and what I can do better for the club.

“Also the club need to speak to me. Then, after a couple of days, I will decide. I have a contract so, at the moment, we are talking about nothing.”

Chelsea star Hazard, who is a target for Real Madrid, said: “This is the perfect end. I want to say to the fans that I love them, they are part of my family and I will always support Chelsea. If it is goodbye, thank you for these seven years.

“We will decide in a few days and the only target in my mind tonight was to win this final. I have made my decision already and now I’m waiting on both clubs. 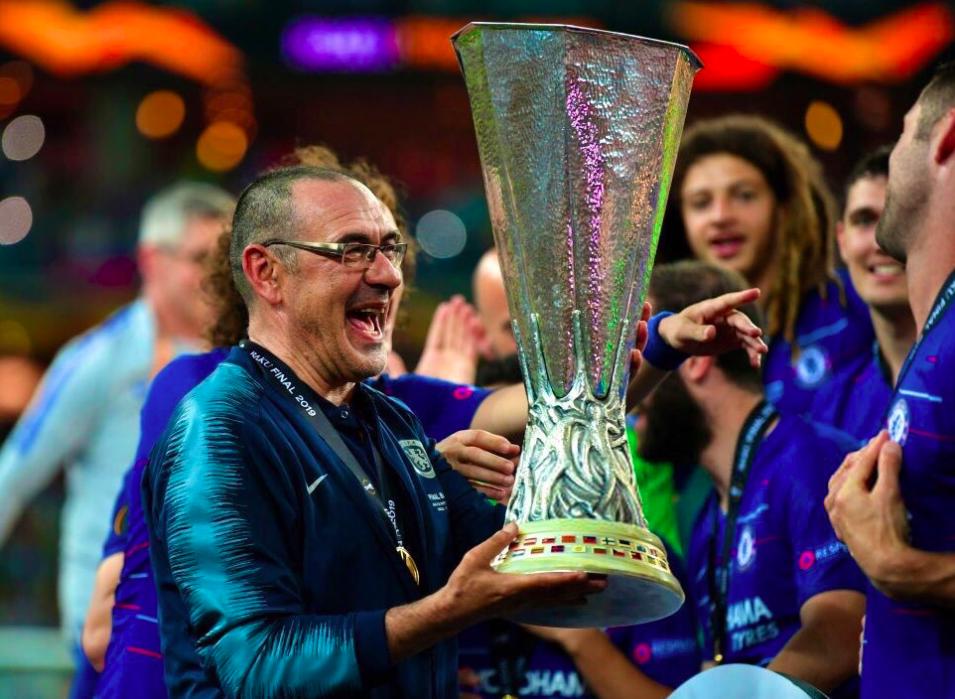 “I think it is goodbye, but in football, you never know. My dream was to play in the Premier League and I have done that for one of the biggest clubs so maybe now it is the time for a new challenge.

“I want a new challenge, like I said last year after the World Cup, now it is up to the two clubs. I am still waiting like you are waiting like the fans are waiting, we will see in the next couple of days.” 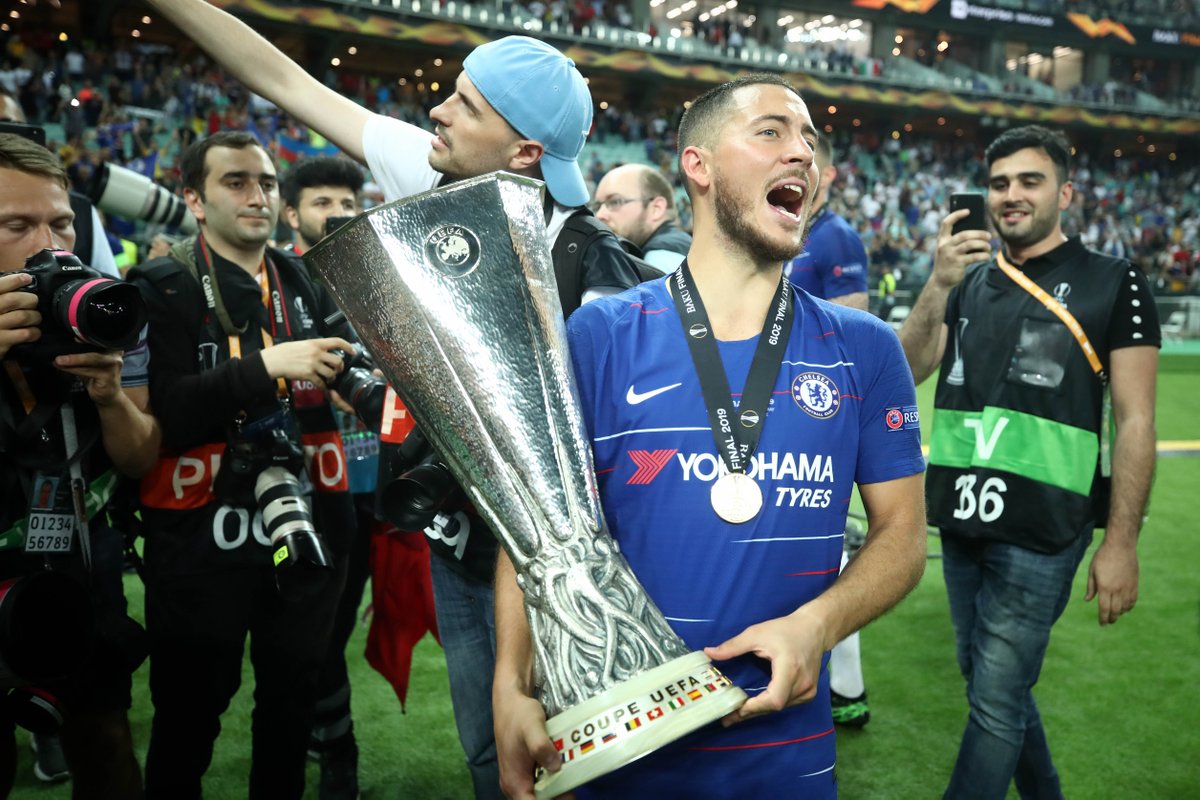 Chelsea’s thumping victory was a devastating blow for Arsenal who missed out on a passport into the Champions League. Mesut Ozil was booed when he was substituted while others looked close to tears. Unai Emery admitted he is ready to sell some of his flops this summer.

Arsenal boss Unai Emery said: “We need to analyse, speak with the club, speak with the players, and do one step more in our way. But our idea is to continue carrying on improving with the young players who arrived last year. Maybe some players need to leave, to take a new way.

The last goal of Eden Hazard with Chelsea shirt. pic.twitter.com/FR9cMmueNV

“The players did all we could in the possibility to achieve our targets. We are closer to the other teams. At the moment it’s not enough, but we can continue with the same team next year. Other players will come in and help us get better in our capacity. Is our idea.”