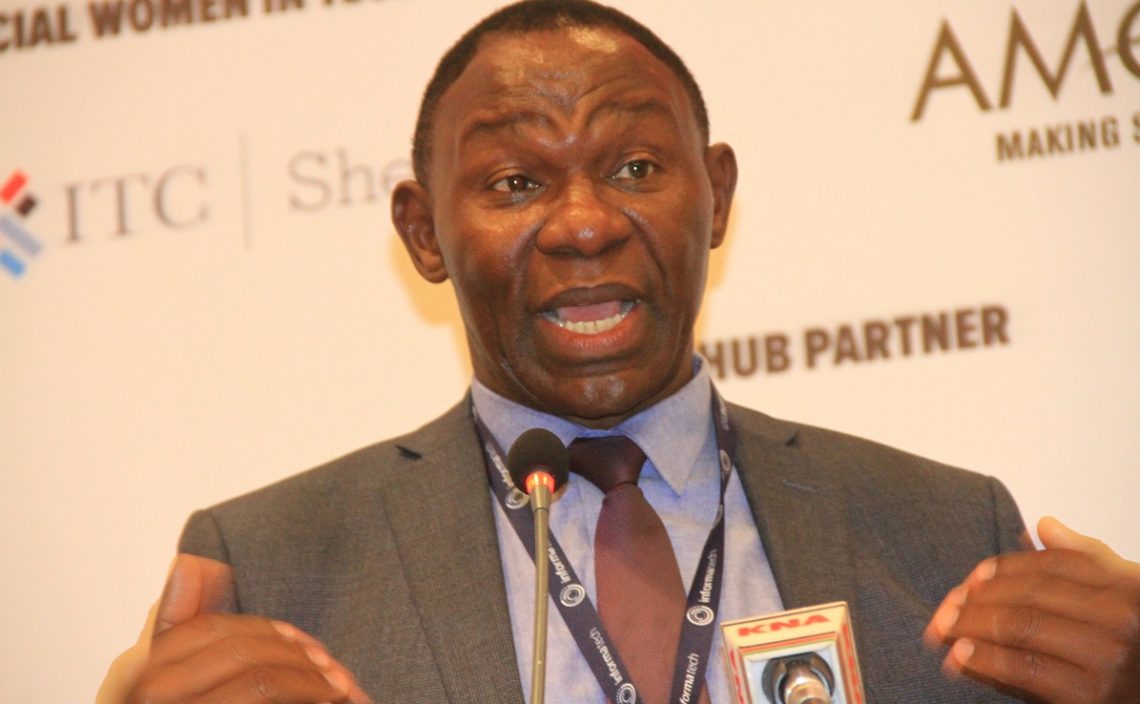 Kenyans have invested more than Ksh160 billion ($1.6 billions) in crypto-currencies without understanding how it works. Cryptos run on a technology called block chain – a ledger of blocks of information, such as transactions or agreements that are stored across a network of computers.

Speaking on Tuesday during an East Africa Com two-day conference in Nairobi, Dr Ndemo, who is the chairman of the Block Chain and Artificial Intelligence taskforce established by the Kenya government, said there is need to create local investment environment where investors understand the utility in crypto-currencies.

A cryp-tocurrency is a digital asset designed to work as a medium of exchange that uses strong cryptography to secure financial transactions, control the creation of additional units, and verify the transfer of assets. Cryptocurrencies use decentralized control as opposed to centralized digital currency and central banking systems.

“It is good for one to invest in a local crypto which is tied to an organisation that one can tell which utility is coming from,” he said

Bitcoin, first released as open-source software in 2009, is generally considered the first decentralized crypto-currency. Since the release of bitcoin, over 4,000 altcoins (alternative variants of bitcoin, or other crypto-currencies) have been created. Dr Ndemo explained that that there are more than 2, 000 cryptos in the country and warned that those buying blindly run the risk of losing their money.

Other cryptos in the market include, among others, Litecoin (LTC), Ethereum (ETH), Zcash (ZEC), Dash (DASH), Ripple (XRP), Monero (XMR) and NEO (NEO).

For foreigners, Dr Ndemo said although Central Bank has waning Kenyans on the volatility of the emerging cryptocurrencies tokens, it has been softening its stance.

Dr Ndemo said application of block-chain technology is catching on in industrial revolution technologies and Internet of Things (IOT). He named areas such as health, education where IoT is being applied in the supply chain sectors.

“We have made recommendations to develop what is called a digital asset digital frame work that is very key and through this we can raise or crowd source funds locally using digital assets framework”, he said.

Crowdsourcing is a sourcing model in which individuals or organizations obtain goods and services, including ideas and finances, from a large, relatively open and often rapidly-evolving group of internet users

The government, he said is already using block chain, AI and data analytics but it will be intensified and despite a few Kenyans working in that space there is need to develop more capacity.