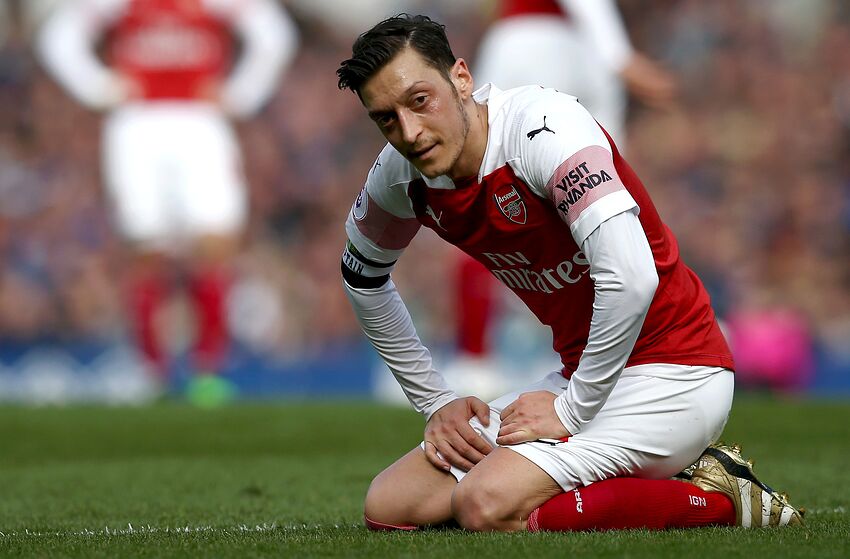 Arsenal produced a disappointing performance in the Olympic Stadium in Baku.

It was their big chance to earn a place in next season’s Champions League, but in the end they let it slip through their fingers without much of a fight – Chelsea running out deserved 4-1 winners.

Mesut Ozil was given the nod by head coach Unai Emery – something he has not done regularly during his first season with the Gunners.

And Ozil could do nothing to inspire the Gunners as an attacking force and was withdrawn in the second half and later seen slumping on the bench.

Former Arsenal and Chelsea star Cesc Fabregas was in the BT Sport studio for the showpiece final, and the subject of Ozil naturally came up following the conclusion of the match.

And Fabregas said that he did not feel the German had it “inside him” to lift Arsenal.

He said: “I think sometimes you just have it inside or you don’t have it. When he was at Real Madrid he was surrounded by top top players and one of the best players in the history of the sport in Cristiano Ronaldo.

“I’m not taking anything away from Mesut, he played top football there, but once you step down a little bit, because we can all agree on Real Madrid, Barcelona, Bayern Munich they are top three, you have to show yourself a little bit more because you don’t have the same quality around you.