National Assembly Majority Leader Hon Aden Duale has been listed among the top officials who should not experience the headache of traffic jam.

Inspector General of Police Hilary Mutyambai issued the directive of top government officials who should be given special treatment on the roads and miraculously Hon Duale was among the few officials honoured.

But in the new directive, top legislatures including Governors, senators, MPs, Women Reps among other top officials are not entitled to any special treatment on the roads.

IG Mutyambai, in a directive issued on Wednesday said the first category of VIPs liable for such kind of treatment include the President, Deputy President, as well as the First Lady.

Cabinet Secretaries for Defence, Interior and Foreign Affairs as well as the Interior Principal Secretary also fall within this first category.

Below is the complete list of the other VIPs:

The Chief of Defence Forces

The Service Commanders of Defence Forces

The Speaker of the National Assembly

The Speaker of the Senate

The Majority leader of the National Assembly 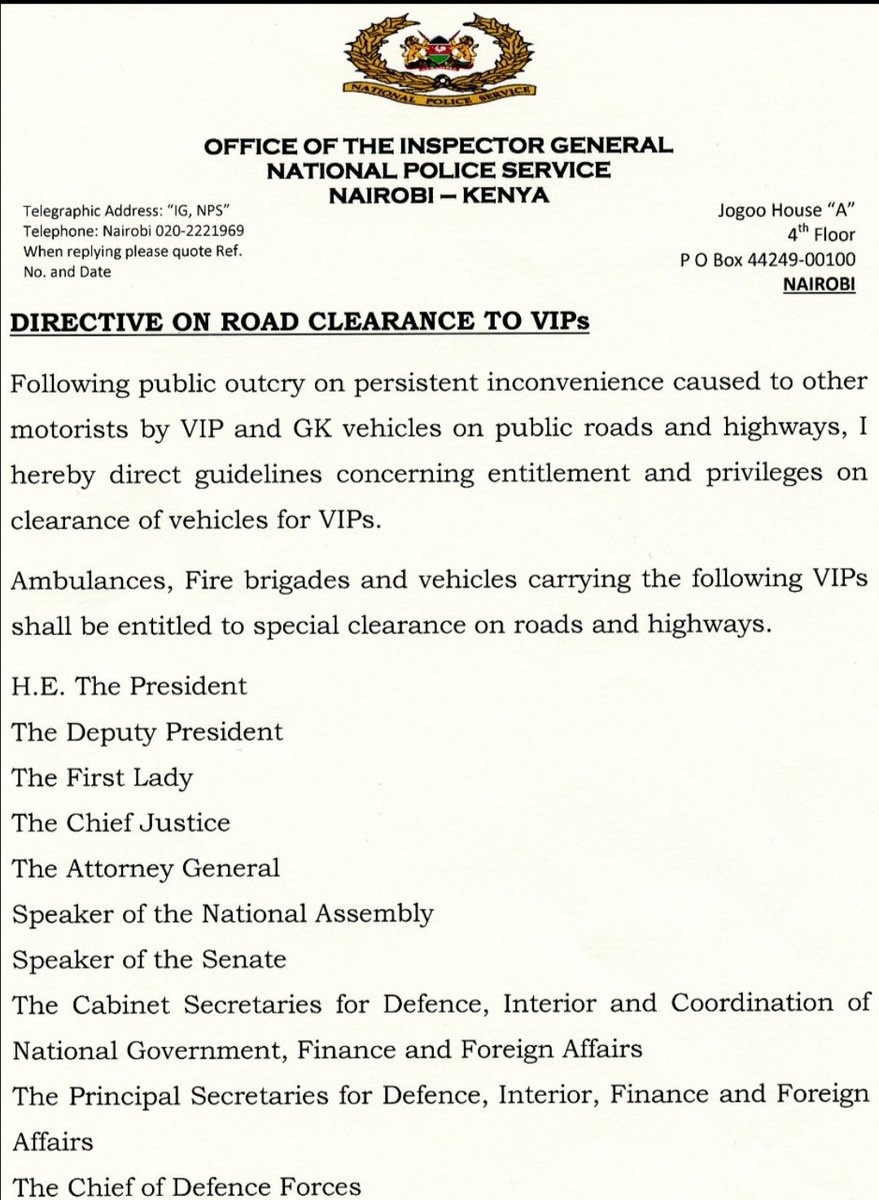 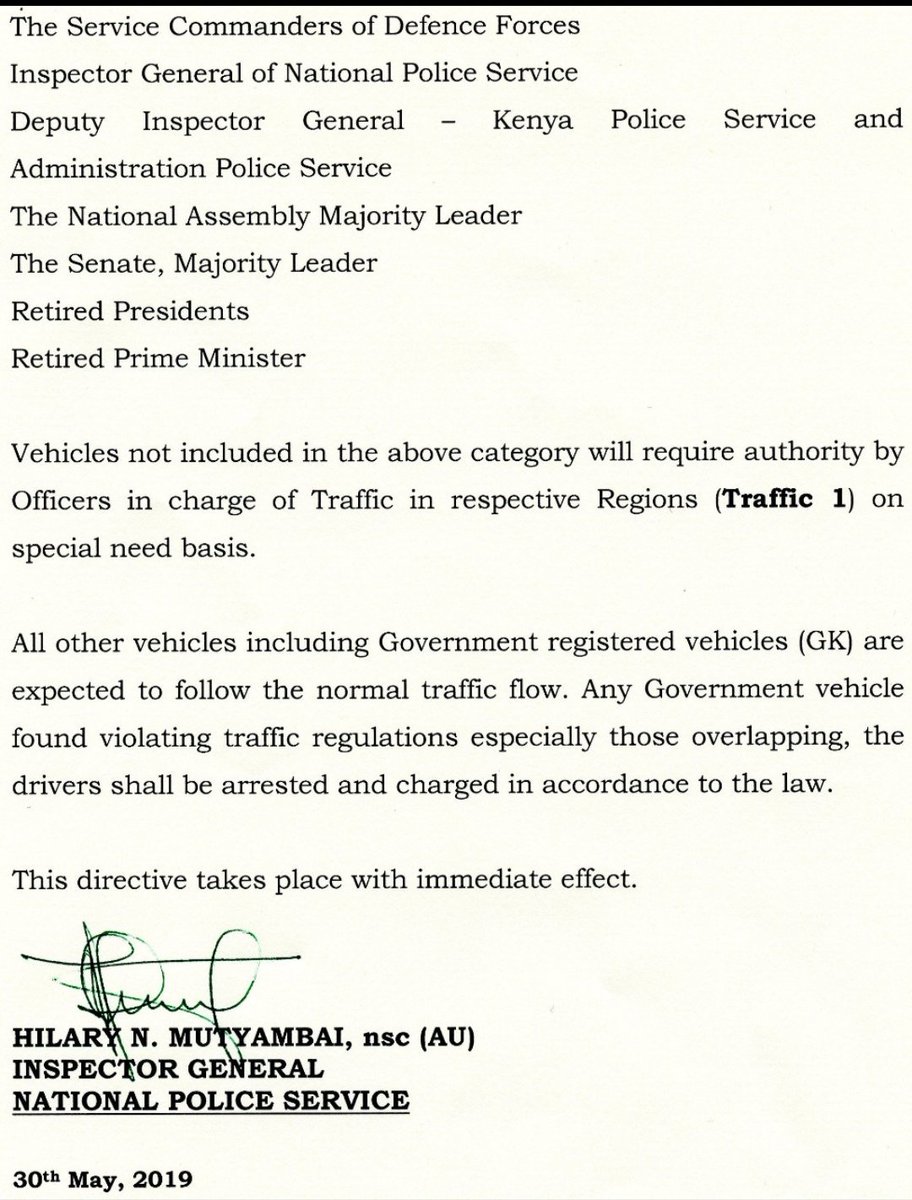