It did not go well for one Nyali MP Hezron Awiti attempt to divorce his wife who in turn brought to the limelight the private life of the politician.

Awiti wanted to divorce his wife Lucy Adhiambo in May 2009 accusing her of adultery and wanted their marriage declared null. He also accused Adhiambo of stealing Sh8 million from his company.

But in a cross-petition which had previously been dismissed but later reinstated, Adhiamb​o accused the former lawmaker of cheating on her with five women. 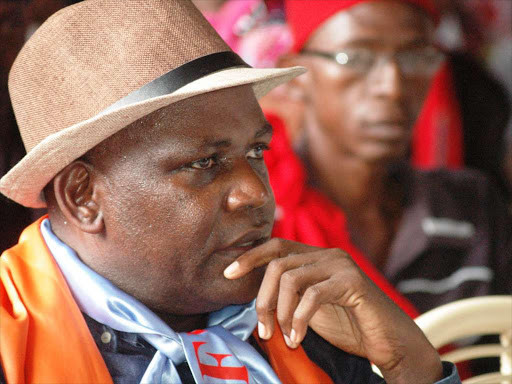 She further accused him of deserting their matrimonial home and denying her conjugal rights because he suffered erectile dysfunction.

She stated that she had been unable to enjoy sex since 2005 due to her husband’s impotence. She alleges to have suffered psychologically after Awiti forced her to undergo some rituals.

The politician, she claimed, had assaulted her several times, causing her bodily harm.

She had accused the husband of threatening her with physical violence to have the cross-petition dropped. Adhiambo told the court that her husband demanded the cross-petition withdrawn and even withdrew their children from a prestigious school.
It is not the first time that the MP has attracted controversy. In 2016 the MP was on the spot for killing the Queen’s  language in a speech attended by top political leaders;
Awiti who has intimated that he will be in the race to succeed Governor Hassan Joho said he had been meeting all his obligations.