Tax evaders in Kenya are going to have a rough time after the Government maintained that it will vet and register all import and export cargo consolidators to root out tax evaders who have been costing the taxman a lot of money.

The president made the announcement when he made an impromptu inspection of cargo containers at the Inland Container Depot in Embakasi.

Speaking at the stakeholder meeting held at the depot, Kenyatta faulted the consolidators for contributing to the delays in the clearance of containers at the ICD. The meeting agreed that only genuine consolidators gazetted after the vetting process will be allowed to work with the small scale traders in the import/export business.

“There are people who engage in consolidation. They bring goods in containers, claiming they are transit goods while their real motive is to evade paying tax. That is not right and we will not allow it,” President Kenyatta said. 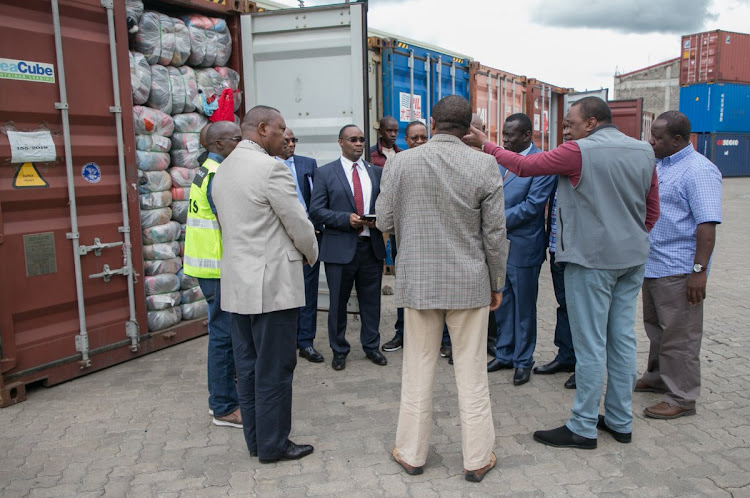 The President, who paid a second visit to the ICD in a span of two days assured small scale traders that their goods will be cleared on time once they adhere to the laid down procedures.

“Many times our traders operate without knowledge of the government procedures and we would like all boardroom decisions disseminated to the traders,” President Kenyatta said. 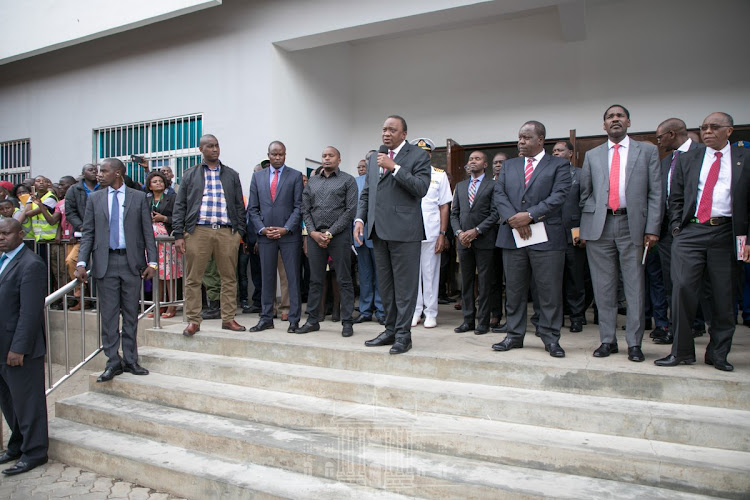 The President, however, warned importers that the government will not relent in its efforts to stem out the importation of counterfeit goods into the country.

The Head of State said counterfeits were a major hindrance to the development of local the manufacturing sector thereby denying millions of young Kenyans employment opportunities. During the meeting, it was established that the delay in the clearing and release of the close to 1000 containers was largely due to insufficient paperwork including cargo that is destined for the local market that was declared as export goods by deceitful importers in attempts to evade paying requisite taxes.

As a way forward, the stakeholder meeting, which brought together all state and non-state agencies operating at the terminal, resolved to have the containers processed and released to the owners in the 2 to 3 weeks.

The meeting agreed that Government will vet and register all import and export cargo consolidators to root out tax evaders and only genuine consolidators gazetted after the vetting process will be allowed to work with the small scale traders in the import/export business. pic.twitter.com/L85Qi3Jffn

On the other hand, it is alleged that Uhuru ordered the release of the second-hand car spare parts containers detained at the port of Mombasa after a consultative meeting with Nyamakima traders.

Traders in the car repair industry had cried foul over the ban claiming that such a move will render thousands of second-hand vehicle spare parts dealers jobless and make more Kenyans who rely on the sector suffer.

President Uhuru Kenyatta today held a meeting with stakeholders at the Inland Container Depot (ICD) in Embakasi, Nairobi, where he faulted rogue consolidators for contributing to delays in the clearance of containers at the terminal. pic.twitter.com/4uDPIe8tvi

The Kenya Bureau of Standard has announced that it will enforce tough laws on importation of used car spare parts to promote local industry and quality imports.