Opposition Chief Raila Odinga has set the 2022 ball rolling after hitting out on Tanga-tanga movement telling them to get prepared for an incoming political wave that is about to hit the country.

While speaking in Burma Market in Nairobi on Monday, Raila swung punches at members of the vague movement, saying they are keen on maintaining the status quo of ethnic divisions, theft and plunder of public resources. 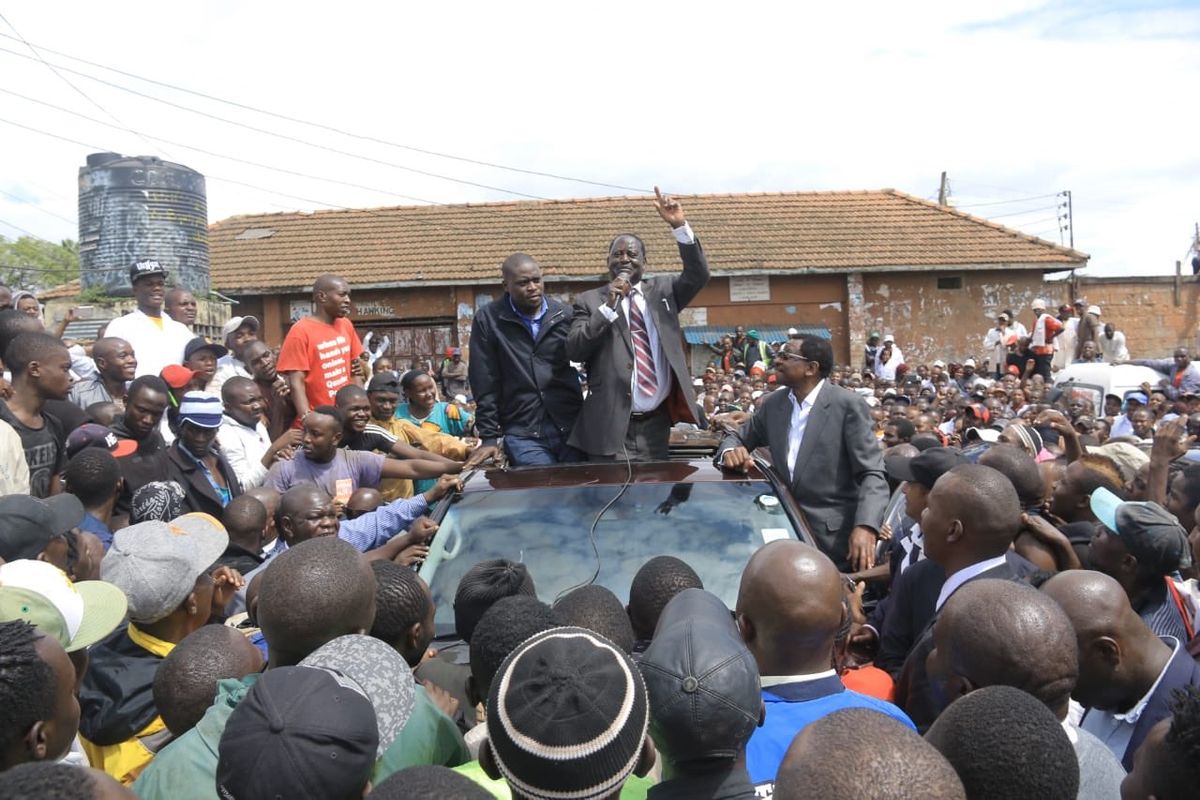 He said major changes are coming which will provide a chance to restore sanity to politics and public affairs, warning Kenyans from being diverted into early 2022 politics by those who don’t mind developments.

Odinga who had made an impromptu visit to the city market said country’s political landscape is about to change for good as a result of the coming change.

“Don’t be swayed or derailed by politics of 2022. There are things we must fix before 2022. If we don’t stand up now, things are going to get worse,” Raila said.

Raila was referring to the changes needed to be effected of country’s electoral body IEBC together with constitution change through a referendum ahead of 2022 general elections.

Raila was retaliating against remarks made by his fierce political competitor William Ruto linking Raila Odinga to fake gold scam reports that are currently doing round in the country.

Deputy President William Ruto together with his Tanga tanga team has called on the former prime minister to come out clean and declare his stand on the matter after Raila’s name was adversely mentioned together with that of Uhuru Kenyatta n a leaked video between Wetangula and the Dubai’s Royal family aide. 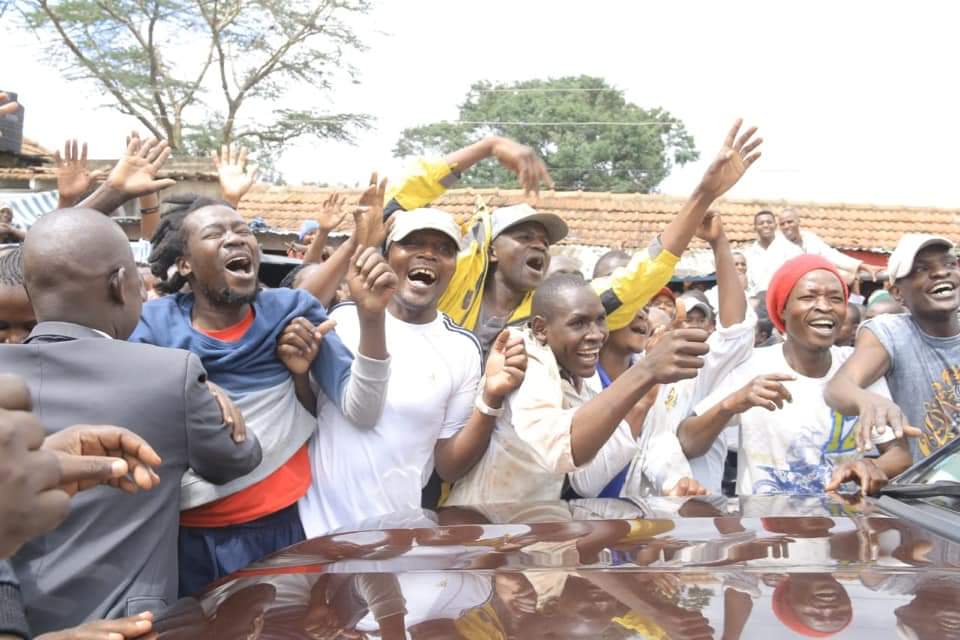 The ODM leader once again defended his working relationship with President Uhuru Kenyatta and said politicians who against their unity pact do not mean well for the country and are driven by politics of selfish agenda. 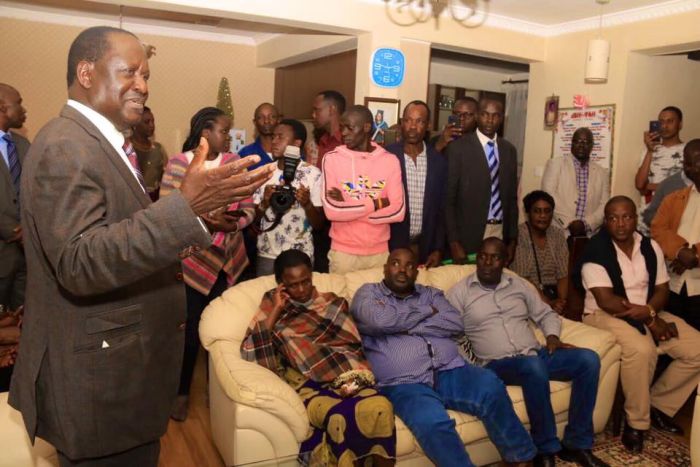 Raila Odinga has not yet declared his interests for the 2022 race leaving many tongues wagging especially after his brother Oburu Odinga declared at a burial in Kisii that his brother Raila Odinga is still too young to run for the seat in 2022.

Raila Odinga has so far refuted his brother’s claims terming it Oburu Odinga’s personal views and that he is currently busy at helping president Kenyatta in building his legacy and attaining Big 4 Agenda.