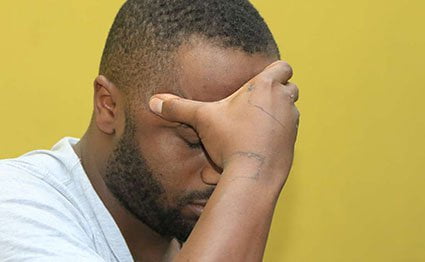 In a not-so-shocking ruling, a court has extended Joseph Irungu alias Joe’s stay in jail until mid-June after the accused unsuccessfully applied for a review of his bail terms for the third time.

Joe was accused of killing businesswoman Monica Kimani in her house by slitting her throat. At the crime scene, police found samples of semen on the victim, further pointing out they may have been intimate.

Captured on the CCTV was Citizen TV’s Jacque Maribe’s car which the court heard that Joe used to drive. The court was also told that Joe lived with Maribe at her Langata house.

This is the third time Joe’s bail application plea has been quashed by the courts, with the fact that he does not have a permanent residence featuring high on the reasons he cannot be released.

Tuesday, Joe’s lawyer Mr David Ayuo told the court that a relative of his client had offered to house Joe, citing that he had agreed to avail him (Joe) for court appearances.

However, state prosecutor Ms Catherine Mwaniki maintained Joe had not presented fresh grounds to secure his release on bail.

In the first ruling, Justice James Wakiaga said that Joe was a flight risk and as he did not have a place of permanent residence.

He was also said to be capable of interfering with witnesses, therefore jeopardizing the case.

Tuesday, Ms Mwaniki told Justice Wakiaga that the circumstances under which Joe had been denied bail are yet to change.

She also noted that Joe had a higher propensity to interfere with witnesses given that he had sent a threatening message to the late Kimani’s brother a day before she died.