A group of over 17 Women leaders dubbed #EmbraceKenya drawn from the National government, Senate and Counties assemblies have come out to criticize Deputy President William Ruto over what they termed as early campaigns ahead of 2022.

The group was speaking on Sunday when they visited Kabarnet in Baringo county under the #EmbraceKenya initiative. The women said they would move across the country to preach peace, love, unity and cohesion among the citizens.

The leaders told off Ruto urging him to concentrate on serving Kenyans and shun away from early campaigns which might jeopardize President Uhuru’s big 4 agenda together with building bridges initiatives.

Then women leaders reiterated their unwavering support of the handshake between ODM leader Raila Odinga and President Uhuru Kenyatta, terming it the only way Kenyans will live harmoniously with one another without the constant 5-year violence after every election.

To the People of Baringo County led by Woman Rep Hon. Gladwell Cheruyot and local leaders, thank you for embracing our message of peaceful coexistence. Let's continue to build bridges. #EmbraceInBaringo pic.twitter.com/7IUtZ3unlg

”Women leaders across the country support the unity between Raila Odinga and President Uhuru Kenyatta. Women of this country are mostly affected by political violence and we have vowed to put an end to that suffering. The handshake should now extend to all Kenyans so that we all embrace peace and walk together as a country and improve our dwindling economy,” Homabay Women Rep Gladys Wanga said. 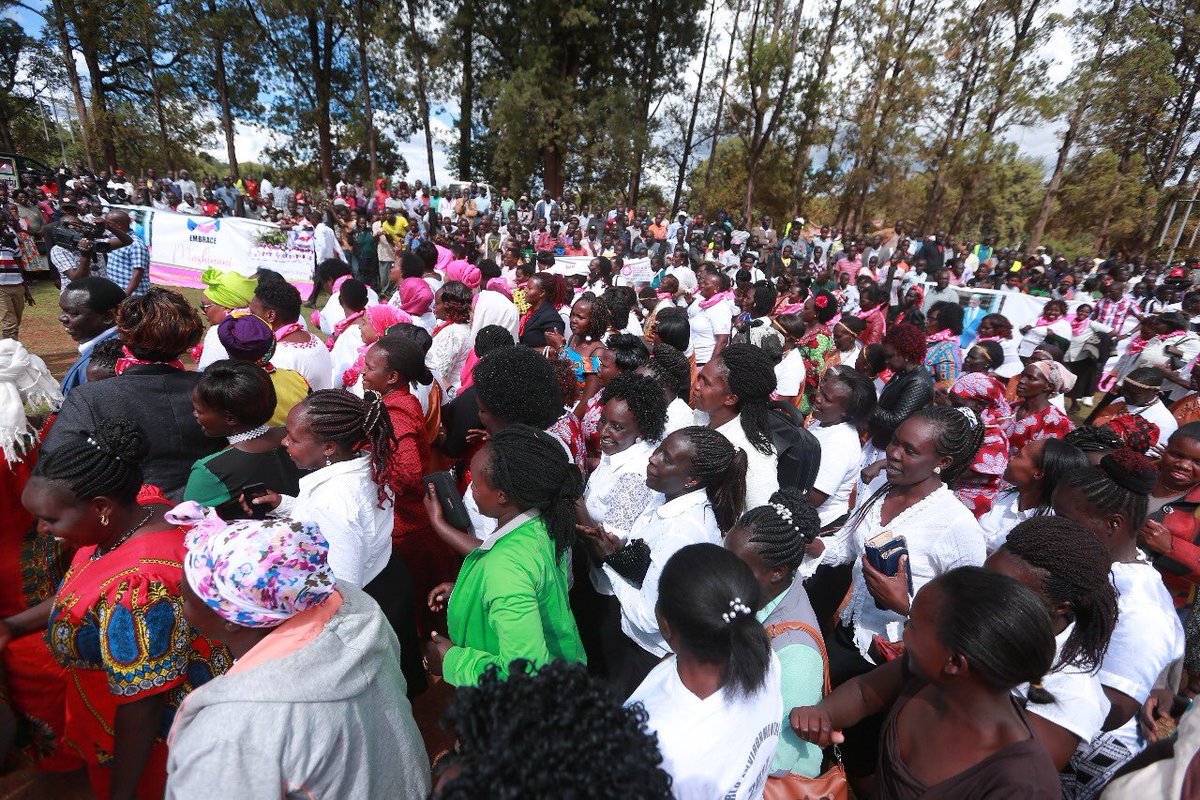 Homa Bay Women representative Gladys Wanga said that the women had shelved their differences and agreed to work together in spreading peace and reconciliatory messages all over the country.

Wanga said that they were following the footsteps of retired President Daniel Moi and wanted the Tanga-tanga team to emulate them.

“Embrace Mashinani, we stand for peace, love and unity. We have agreed to be together. That’s why we came here,” Ms Wanga said.

The team was hosted by Baringo Women Rep, Gladwell Cheruiyot who used the opportunity to castigated DP Ruto for his premature campaigns telling him Kenyans are tired of his constant politicking and they want development.

Rosa Buyu: Peace should go hand in hand with the fight against corruption. #EmbraceInBaringo pic.twitter.com/x0i8HikaSm

“It is high time leaders should shelve the fruitless 2022 politics and deal with the challenges facing the common citizens, the rest shall fall in place when the time comes.It is shameful for some leaders to continue putting the country in campaign mood even after the last elections while our people on the ground continue dying of hunger and insecurity,”  Gladwel Cheruiyot said.

Gladwell is the only women Rep from the country elected on Baringo Senator Gideon Moi’s KANU party.

Murang’a Woman Rep Sabina Chege said they were preaching to alleviate the suffering of women. The women insisted that they support President Uhuru’s fight on corruption saying that this is the only way public funds will be secured for more developments.

Let’s make a point to listen keenly to what our mothers and sisters are saying. Let’s listen to Women of Kenya! @EstherPassaris #EmbraceInBaringo pic.twitter.com/KjHUNjEAMd

William Ruto has lately been 0n the spot for defending corrupt individuals with the latest being Kiambu governor Ferdinand Waititu. Baringo Senator Gideon Moi was expected to join the women leaders but he did not turn up.