Rules are set for a reason.Whether agree with or not,u will have to follow them.Arsenal players won’t be able to show Armenian international midfielder and teammate Henrikh Mkhitaryan any form of support by wearing shirts with his name on for their Europa League final warm-up in Baku.

This is because a strict UEFA rule prohibits such, as warm-up shirts and their post-match equivalents are subject to approval by European football’s governing body.

Mkhitaryan is unable to feature for Arsenal against Chelsea in Wednesday’s final as there aren’t guarantees over his safety.

Armenians are banned and barred from entering Azerbaijan due to political unrest between both countries. 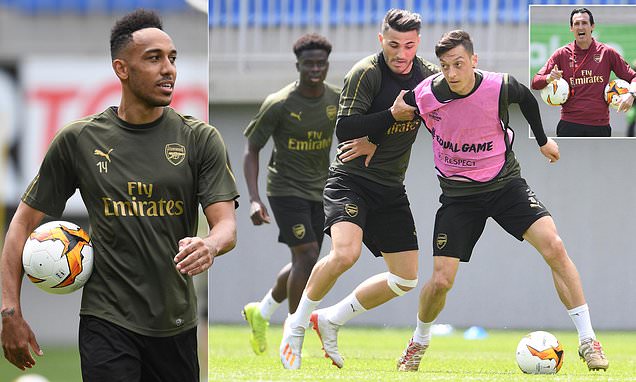 The Gunners squad had discussed wearing shirts with Mkhitaryan’s name on the back for the warm-up as a form of show of solidarity and support, but the club are now likely to cancel such plans due to UEFA rules and because they are also wary about making a statement about the 30-year-old that could invite any form of hostility from the locals.

Always watch out when Mesut's about 🤣

It’s another huge blow after the former Manchester United man made the decision not to go to Baku, but Arsenal know they can’t afford any further distractions as winning the game is their only chance of playing Champions League football next season, and subsequently boosting their transfer coffers this summer.