Petr Cech will bring down the curtain on a glittering playing career in strange circumstances as the Arsenal goalkeeper faces his former and potentially future employers Chelsea in the Europa League final on Wednesday.

Cech, 37, enjoyed the best years of his career at Stamford Bridge, winning 13 trophies including four Premier League titles and the Champions League in 11 seasons with Chelsea before moving across London to Arsenal in 2015.

And his close relationship with Chelsea owner Roman Abramovich looks set to see him return to the Blues in the coming weeks as the club’s new sporting director.

Cech lost his status as Arsenal’s number one during Unai Emery’s first season in charge, with Bernd Leno taking over in the Premier League since September, but the Czech veteran has started all of Arsenal’s knockout games to reach the Europa League final. 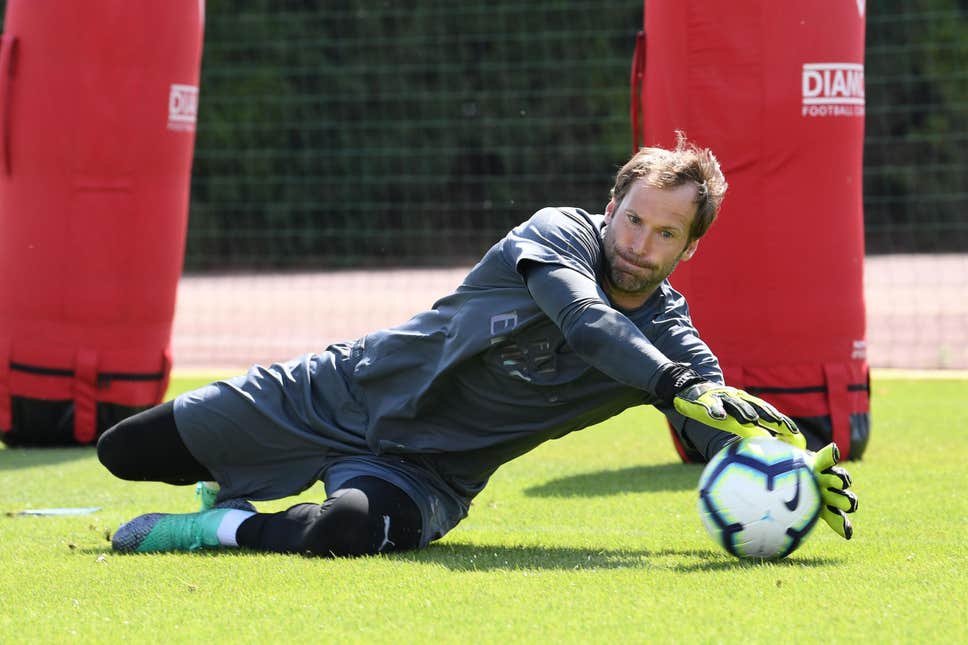 The success of Arsenal’s season depends not only on lifting a first European trophy for 25 years in Baku but also on ensuring Champions League qualification that will come with victory.

Emery, therefore, has the difficult decision on whether to give Cech a fitting farewell or make the cold but calculated choice of playing his first-choice ‘keeper in Leno.

“I’ll make a decision about my future after the last game,” said Cech as news spread about his imminent return to Chelsea. “Now my sole focus is to win the Europa League with Arsenal.”

Emery believes Cech has the experience and professionalism to shut out any distractions arising from a potential return to his old club.

“Speaking about Petr Cech, we can be here three days and it is all positive things,” said Emery. 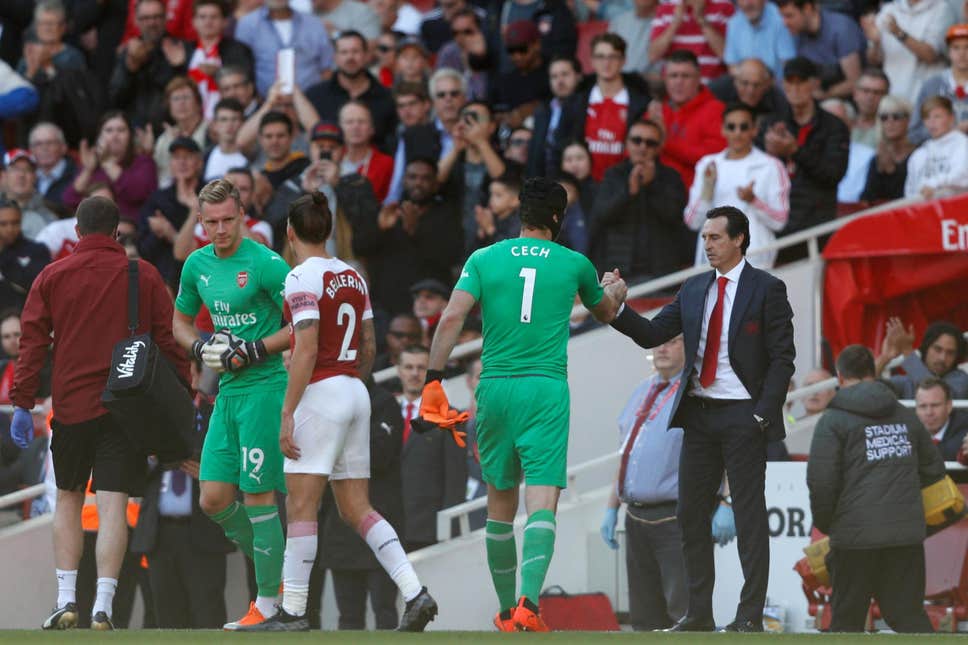 “I only know him this year but he is amazing. Amazing like a person, amazing like a goalkeeper. His past, his experience, is awesome.

“He is here because he deserves to be here. He was playing the last matches with a big performance. I want to enjoy this final with him and I am a privileged coach to work with him.”

A man of many talents, the Czech speaks five languages and his love of the drums saw him release a charity single earlier this month alongside Queen drummer Roger Taylor.

However, it was on the field he truly shone despite a horrific head injury in 2006 that fractured his skull and briefly threatened his life.

After emergency surgery, Cech returned to the field just three months later, but had to sport his now trademark helmet to protect his skull from further damage for the rest of his career. 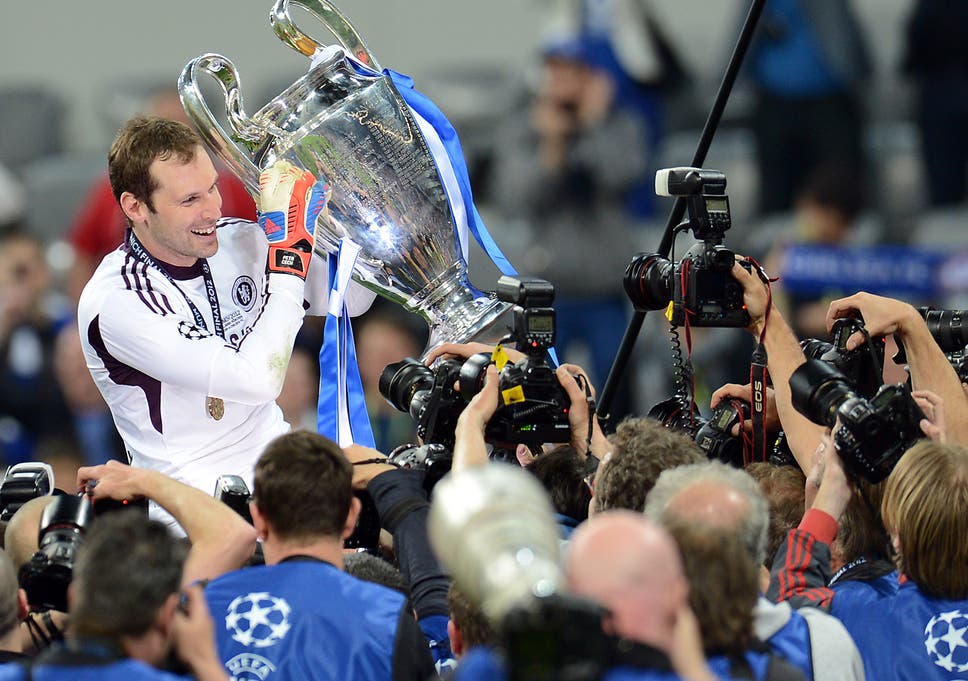 It did not hold him back as Cech proved a reliable last line of defence during a decade in which managers came and went at Stamford Bridge.

His crowning glory came saving penalties in extra-time and the shootout as Chelsea upset the odds to finally lift the Champions League in 2012, beating Bayern Munich in the final.

The Europa League followed a season later, but Thibaut Courtois’s return from a three-year loan spell at Atletico Madrid saw Cech lose his place as Jose Mourinho’s number one.

Another player may have been forced to look further afield for a new club, but Cech’s close relationship with Abramovich saw the Russian billionaire clear the way for a move to Arsenal. 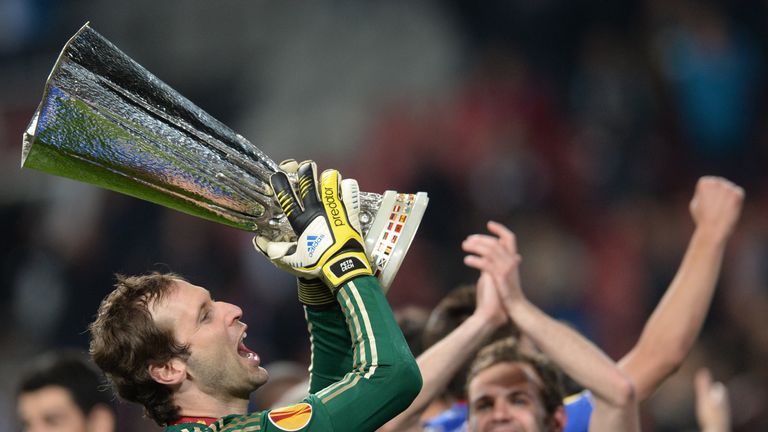 Cech has not hit the same heights at the Emirates as in his early days at Chelsea but still went on to become the first goalkeeper to register 200 Premier League clean sheets, reflecting his consistency over 15 years.

One more chapter of a fabulous career could still be written in Baku before Cech hangs up his gloves.

“My last dream was to play this European final with Arsenal and the last step is to win it,” he told BT Sport.