Arsenal fans set to boycott Europa League Final against Chelsea as Arsenal have returned 2,300 unsold Europa League final tickets to UEFA ahead of their clash with Chelsea in Baku on May 29. On Thursday it was reported that Chelsea and Arsenal could return a combined total of 6,000 tickets, with many supporters opting not to make the near 5,500-mile round trip to the final in Azerbaijan.

There has been considerable criticism of the choice of venue and logistics surrounding the final at Baku’s Olympic Stadium; the two competing clubs’ grounds situated just under 10 miles apart in London. Arsenal wrote to UEFA expressing their disappointment with the decision to keep Baku as the host city for the final.

Midfielder Henrikh Mkhitaryan will not play on May 29 because of doubts over his status as an Armenian national in Azerbaijan; despite assurances of his safety from the Azerbaijan UK ambassador and the country’s FA. UEFA responded to Arsenal and Chelsea’s grievances, stating that they would help find “cheaper solutions” for fans traveling to the Olympic stadium, which has a capacity of 69,870. 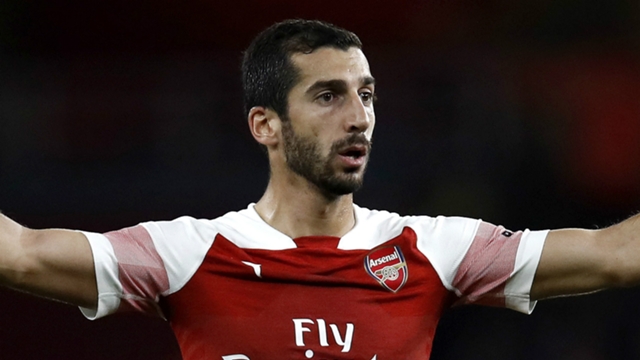 Arsenal’s German goalkeeper Leno has slammed UEFA for staging the showpiece event in Azerbaijan, which has left Henrikh Mkhitaryan unable to take part. Arsenal goalkeeper Bernd Leno says it is a “scandal” for this year’s Europa League final to be held in Baku, amid political hostilities between Azerbaijan and Armenia.

Henrikh Mkhitaryan will not travel with Unai Emery’s squad due to concerns over his safety, which leaves the Gunners without a regular performer for a crucial all-English showdow with Chelsea. UEFA were unable to guarantee his safety and thusly, the Armenian made the decision to remain in north London while his teammates make the trip across Europe