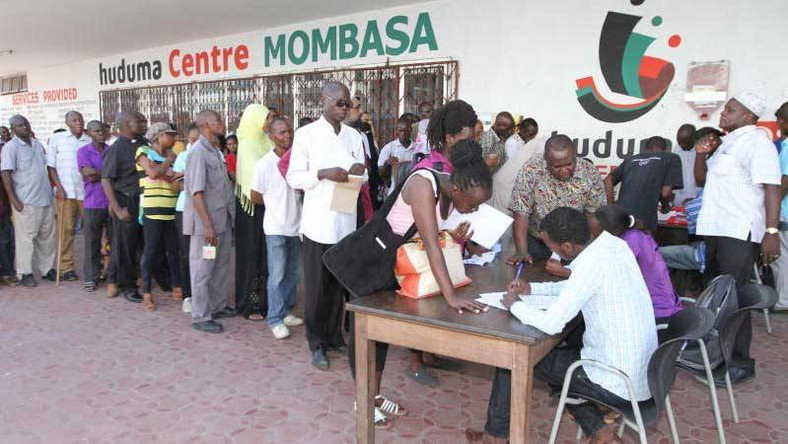 You may be forced to register for Huduma Namba again even if you have registered, according to government spokesman Colonel Cyrus Oguna.

Newly appointed Oguna revealed that some of the over 36 million Kenyans and foreigners who may have accidentally or intentionally given wrong information will be contacted when the mass registration deadline closes on Saturday.

Oguna also called out for Kenyans who are yet to register for the Huduma Namba to rush and beat the Saturday, May 25, 2019, deadline saying it will not be extended again.

“When the mass registration comes to an end on Saturday, what will happen thereafter is the process of cleaning the data; there will be some areas that the data may look same or maybe it was not entered properly,” said Col. Oguna.

“So you may have registered, yes, but in the process of cleaning data, then you’re found to have either given the wrong I.D (national identification) number or the wrong number of your birth certificate, then they would be communicated to go and register afresh.”

He insisted that individuals contacted to register afresh – as well as those who will have been locked out by the deadline – will then be forced to seek out their area Assistant Chiefs on whose doorsteps the process will be transferred.

“The only problem with that – and that’s why we’re asking that all of us should be able to take advantage of this window before it closes because there’ll be no extension – is that the Assistant Chief will have other responsibilities so they’ll not give you priority,” he added.

However, a section of Kenyans have come out to bash the move many claiming it would be a waste of time and a clear sign of government’s carelessness.

Here are some of their thoughts:

I dont have that time to waste,i lost to days of hustling just because of getting the number now again u want me to re-again ! Who will pay my rent ? Am jobless ‘sumbuwa’ those working in govt (GREAT JOBS HUDUMA BADAYE)

Was it hacked n deleted as previously said or the kits jammed, can we have assurance BTW between huduma namba n the new Curriculum syllabus once n for all.tumechoka kupimwa Unga na Maji yawa jamaneni

In his maiden speech last week, Oguna promised to co-operate with media and ensuring government information being relayed to the public are factual.

He has also committed to continuing with the culture of Thursday press conferences.

Oguna at the same time expressed the government’s commitment in expanding the digital economy referencing President Uhuru Kenyatta’s launch of the digital Economy Blueprint for Africa while attending the Transform Africa Summit in Kigali Rwanda on Wednesday.

Oguna has previously held various positions relating to the management of personnel, operations and communications within the Kenya Defence Forces and government.

He became KDF’s public face. The eloquent speaker conveyed with enthusiasm progress made by the forces in Operation Linda Nchi.

He drew praise from many over the way he handled tricky questions from nosy journalists.

Col Oguna faded from the limelight when KDF officially joined the African Union Mission in Somalia (Amisom), sparking inquiries on his whereabouts. Under this arrangement, Amisom had the responsibility of giving updates.