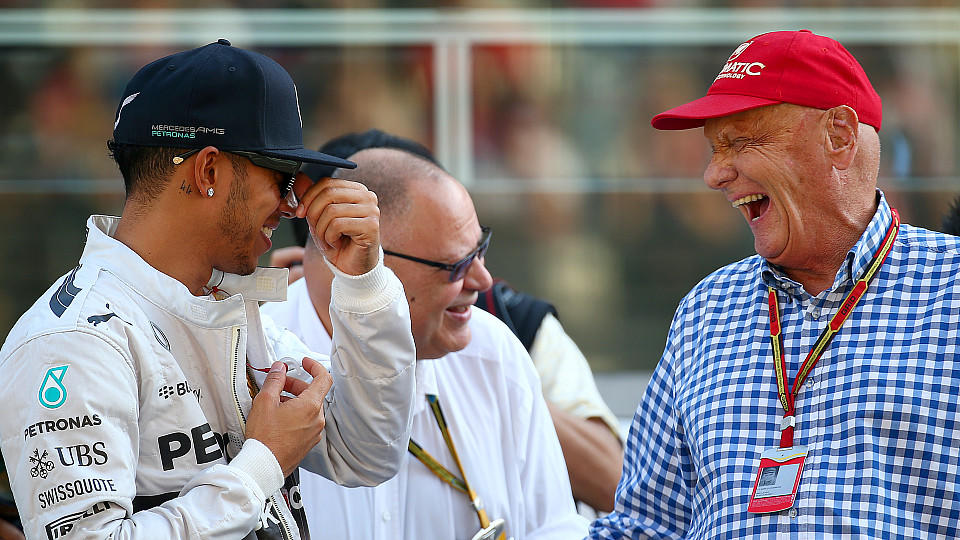 An emotional Lewis Hamilton was excused from attending an official news conference Wednesday ahead of this weekend’s Monaco Grand Prix, following the death of Niki Lauda.

The defending five-time world champion, 34, arrived in the Mediterranean principality, to begin preparations for the classic race and was promptly withdrawn from the media event at the request of his Mercedes team.

Hamilton, the world championship leader, was described as being emotional following the death of Lauda on Monday. He was due to attend the news briefing alongside Ferrari’s Monegasque driver Charles Leclerc and Dutchman Max Verstappen of Red Bull.

A Mercedes spokesperson said: “We asked for Lewis to be excused in the circumstances… The FIA have kindly agreed a dispensation.”

I’m struggling to believe you are gone. I will miss our conversations, our laughs, the big hugs after winning races together. God rest your soul. Thank you for being a bright light in my life. I’ll always be here for your family should they ever need me. Love you man pic.twitter.com/cotUpuvW2F

“It meant a lot to me, but also to every single team member,” said the Finn, when asked to reflect on Lauda’s death.

“Niki was a big part of the Mercedes family. He was a massive motivation for myself as a driver for everything he achieved and the difficult career he had – with the comeback.

“It is not nice in terms of a mind-set for the team, but I am sure we can respect Niki by going flat out on track and getting a good result this weekend.”

Today we remember the one and only Niki Lauda. Here is a video from 2009 when he drove Lewis Hamilton around in a Mercedes taxi and had a nice chat. RIP Niki

Verstappen said: “Niki was a legend of the sport. He achieved a lot in his career, but also after his career had finished – he was generous and funny. He was a great guy and it is a big loss to Formula One.”

“My buddy, I’m struggling to believe you are gone,” said Hamilton. “I will miss our conversations, our laughs, the big hugs after winning races together.

“It’s truly been an honour working alongside you over these past seven years. I wouldn’t have been in this team if it wasn’t for you …”

But it is unlikely to affect the on-track concentration of the drivers, especially at Mercedes where his passing will be most keenly felt, as Hamilton bids to add another Monaco win to those in 2008 and 2016 – and register a triumphant tribute to the great three-time world champion Austrian.