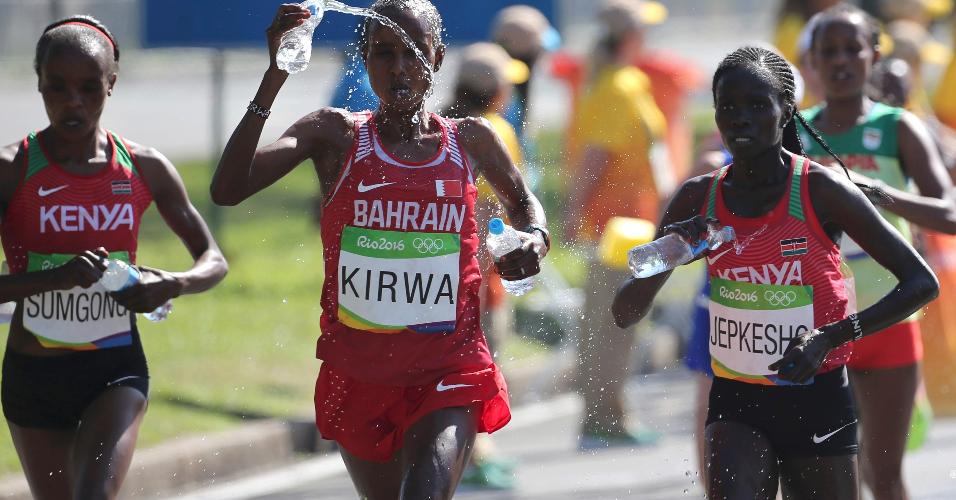 Kirwa has been suspended by the International Association of Athletics Federation’s (IAAF’s) Athletes Integrity Unit (AIU) after testing positive for Erythropoietin (EPO).
The 34-year-old, was suspended on Tuesday alongside Indian runner Gomathi Marimuthu, who failed a dope test immediately after winning the Asian 800 metres title last month. She tested positive to prohibited Norandrosterone, a type of anabolic steroid.

Kirwa, who also claimed bronze for Bahrain at the 2015 World Championships in Beijing, China, becomes the second athlete from the Middle East country to get suspended after Ruth Jebet, who also won gold in 3,000m steeplechase at the Rio Olympics.

Kirwa’s suspension comes two years after Kenya’s Jemimah Sumgong, who had won the marathon gold at the Rio Olympics was suspended but later banned for four years before the sanction was extended to eight years.

Kirwa is coached by her husband Joshua Kiprugut Kemei, who also handles World Half Marathon record-holder Abraham Kiptum, who was hounded out of the London Marathon after he was busted for doping.

Sumgong was to defend her title at the 2017 London Marathon on April 23, but was suspended two weeks prior to the race after testing positive for EPO in an out-of-competition test conducted by the AIU.

Sumgong was eventually suspended for four years on November 7, 2017 with her ban starting April 3, 2017. However, her ban was eventually doubled to eight years and re-started in January 2019 after it was deemed that she had lied and fabricated her medical records.

Gomathi, who hails from the southern state of Tamil Nadu, surprised observers with her winning time of 2min 2.7secs at the Asian Championships where India won three gold, seven silver and seven bronze medals.

Gomathi told Indian media she was “shocked” by the failed test and would seek analysis of the B sample.

The Athletics Integrity Unit has provisionally suspended Bahrain’s Eunice Jepkirui Kirwa for EPO. She won a silver medal at the 2016 Olympic for the marathon.

Media reports said however that Gomathi may have failed a test at a domestic meeting in March but the national doping watchdog did not immediately report the result to the Indian federation.