In Uganda, many ‘believers’ have fallen prey to yet another spiritual scam. An American Pastor, Robert Baldwin, has has been in the business of selling, bleach, in the name miracle juice that cures diseases like HIV, malaria and cancer.

From New Jersey, the pastor has been supplying several Pentecostal churches in West Uganda with a bleaching chemical which they are now calling the Miracle Mineral Solution.

The U.S. Embassy is totally against this act and has publicly condemned these actions of their very own citizens. In a post they said:

The U.S. Mission is aware of reports that an American pastor based remotely is distributing a substance called “Miracle Mineral Solution” to churches in Uganda. We strongly condemn the distribution of this substance, which is extremely dangerous and is NOT a cure for any disease.

Even with the many warnings the Ugandan churches still continue to administer the chemical in hope for healing.

It will be hard to put an end to such stories because of the levels of poverty, lack of resources and desperation in most African countries because opportunists will always look for ways to benefit from people’s desperation.

Until every African is able to get their basic needs comfortably people will always try to look for shortcuts to a better life due to this we may end up losing many lives with cases like this.

Just the other day a pastor in South Africa told his congregation to eat grass to get God’s favour/ riches and foolish ‘christians’ were almost died in a stampede to go out and eat the grass. 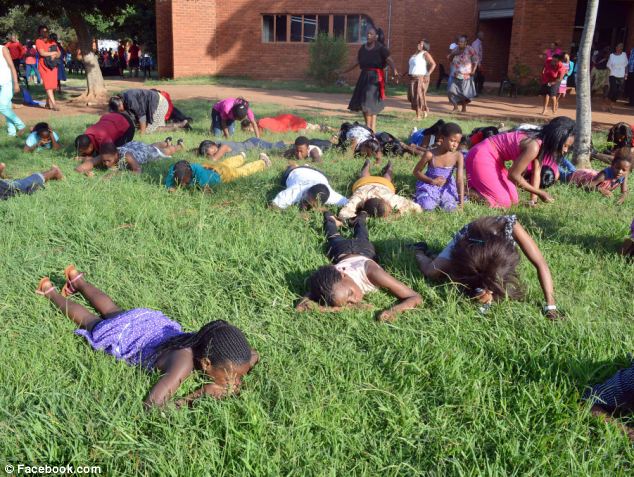 Sometimes we would like to blame it on desperation but the true sense is nothing good comes easy. The bible clearly says “seek first the kingdom of God and his righteousness and every other thing shall be added unto you. Matthew 6:33”.  Meaning you have to work out your salvation for God to come through.

Very few people would adhere to this, don’t we love shortcuts in a bid to arm-twist God. It’s called loving the gift and not loving the giver. Truth be told a true man of God will never do things out of the commandments of God. Even Jesus never had some kind of substance he gave for miracles. Many times he said, Your faith has healed you, not drink this, apply this, do this or that to get healed.

Away from sermons, that can be classified as the highest level of laziness, depending on handouts and instant results. More like planting maize today and expecting to eat them tomorrow.

That’s why even after being warned of the dangers of drinking this substance they still want to have it. They didn’t even bother to make further investigations

So even if this American is arrested another one will come with a different script but the same story, and we will faithfully be here to give you the latest news.