Gideon Moi has been dragged into the on line exchange between Elgeyo Marakwet Senator Kipchumba Murkomen and Tiaty MP William Kamket over disarming of National Police Reservists in the Rift Valley.

Senator Murkomen has accused Baringo Senator Gideon Moi of supporting Kamket over disarming of the National Police Reservists in the Rift Valley. 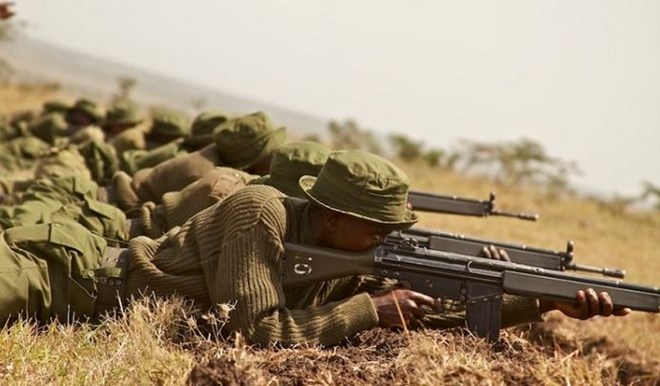 According to William Kamket, The Deputy President William Ruto had recruited the NPRs as his Militiamen to fight for him in 2022. Kamket has since welcomed IG Hillary Mutyambai of disarming Police Reservists in the Rift Valley.

Congratulations to IG Hillary Mutyambai for disarming all NPRs in the Rift Valley. The NPRs has been recruited as a William Ruto militiamen to fight for him in 2022. Kweli Mungu halali.

But Hon Murkomen has rubbished Hon William Kamket claims that, IG Mutyambai and CS Fred Matiang’i only opened vetting into the NPRs.

The official position from CS @FredMatiangi & @IG_NPS is that NPRs are being vetted not disarmed.NPRs are integral part of security solution in the valley.Any security strategy cheered by Kamket the commander of bandits will be resisted by leaders from Turkana,Baringo&Samburu https://t.co/MyZAEgPhWC

But Murkomen goes ahead to cite the importance of National Police Reservists to the Security of Rift Valley. Senate Majority Leader Murkomen argues that without the NPRs the whole of Rift valley would have been swept away.

Hon Murkomen now blames Senator for supporting the idea of disarming the NPRs. To Murkomen ,Hon Gideon Moi is betraying the people of Kerio Valley.

It is incongruous for @MoiGideon to support Kamket who is leading a militia to kill his people.Without the NPRs residents of Baringo South&North would have been wiped out.Without NPRs women&Children In Kerio will not be safe.KANU wants to return Kerio Valley to a Valley of death