The handshake between President Uhuru Kenyatta and the Former Prime Minister Raila Odinga has been dragged into the on going fake Gold scandal that big names have been mentioned in.

In a controversial audio clip which the voice clearly depicts its Bungoma Senator Moses Masika Wetangula, Hon Raila Odinga is mentioned as Wetangula is striking a deal with The United Arabs Emirates Prince.

Wow. This is a huge expose. I think the position of senator Moses Wetangula is no longer tenable. pic.twitter.com/ZQMg6fEVzC

But one of the close associates to The Deputy President William Ruto, Hon Samson Cherargei Nandi Senator has termed the on going fake gold scam as ‘fake goldshake.’ 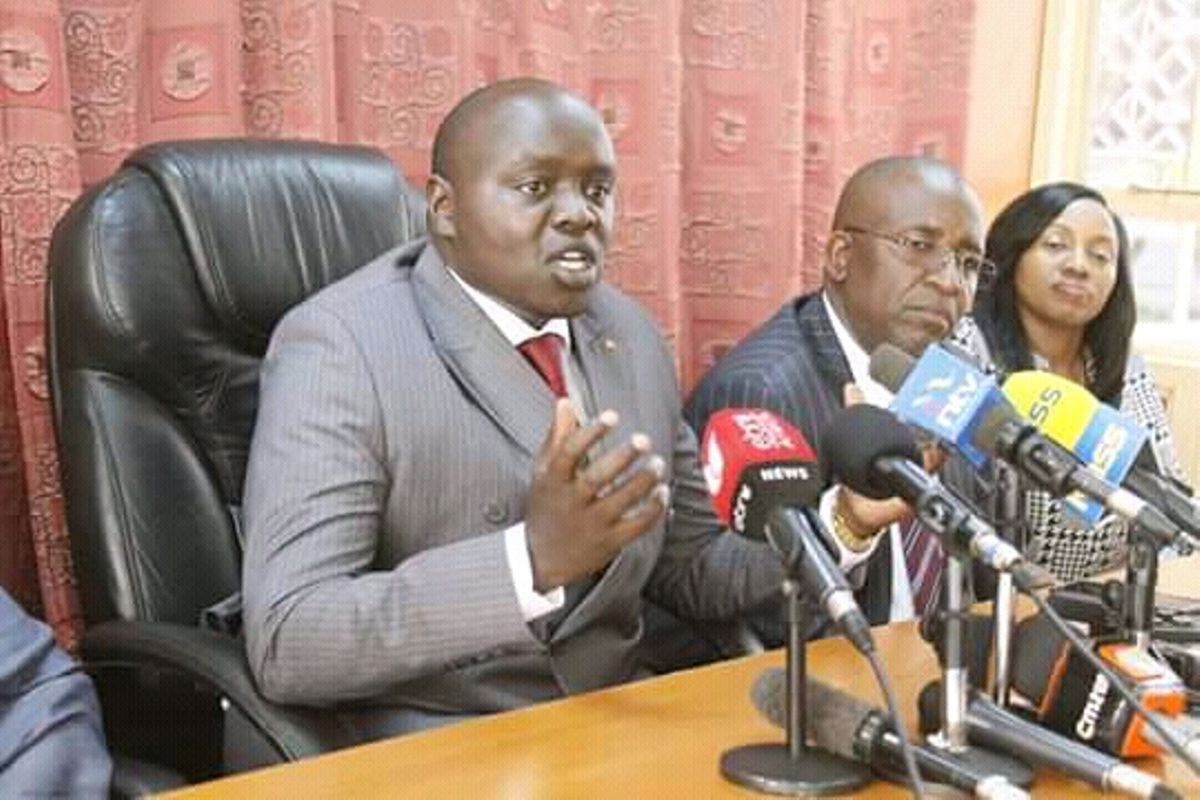 The Senator has dragged the handshake into the fake Gold scam saying that is among the reasons some of Jubilee legislatures don’t believe in the handshake.

“It is very dangerous to export because of political conmanship. This is why some of us were opposing the handshake; it has now become ‘fake goldshake,” Samson stated on the Daily Break Show on Citizen TV.

The Senator has called for action against those involved who specifically targets Hon Raila Odinga as he goes ahead to call “Canaan” which was associated with the opposition leader as fake.

“There are so many fake things in this country; from fake Canaan to fake gold. We want to know the truth because Kenyans do not deal with gold; some of these things must be handled in an honest way.”

The DPP has stated investigating the allegations which top politicians are linked in with the main choreographer now being Senator Moses Wetangula implicated by an audio clip.