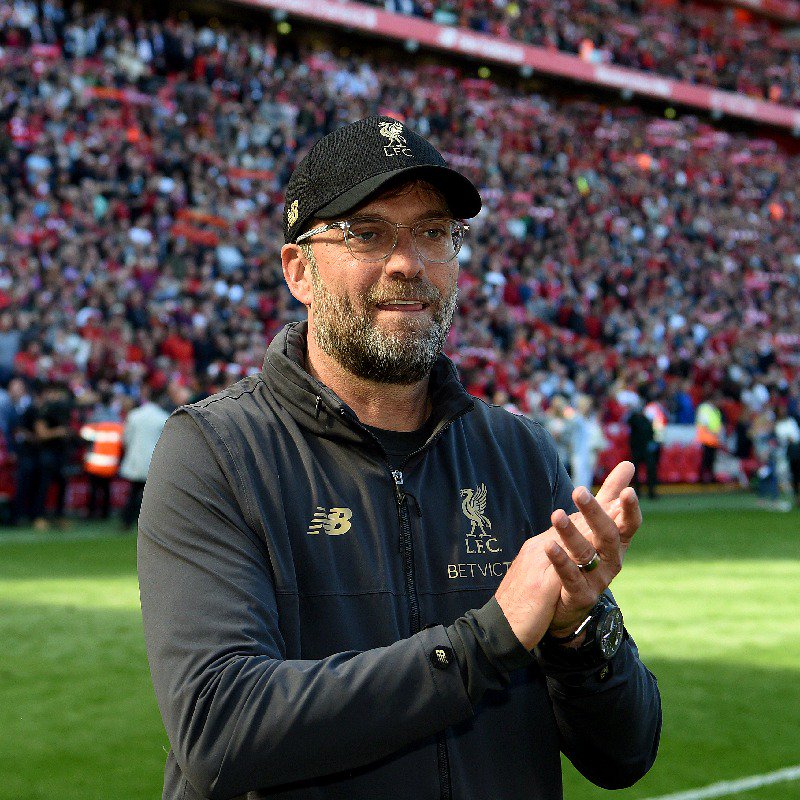 Liverpool face Tottenham in a sh*t or bust final next month as they try and crown what has been a phenomenal season.

The Reds reached their second consecutive final by overcoming a 3-0 first-leg deficit to beat Barcelona 4-0 at Anfield, and will be overwhelming favourites in Madrid.

They finished two places higher and 26 points better off than Tottenham, beating them twice in the Premier League, scoring more goals and conceding fewer.

But Klopp says it will be “no different” to any other final, and far from an “easy game”.

“We know each other pretty well, and that’s it,” he told UEFA.

“We know that already, so why should we think too much about it? If we are really at our absolute top level then we are a difficult team to play against, but we know Tottenham are as well.”