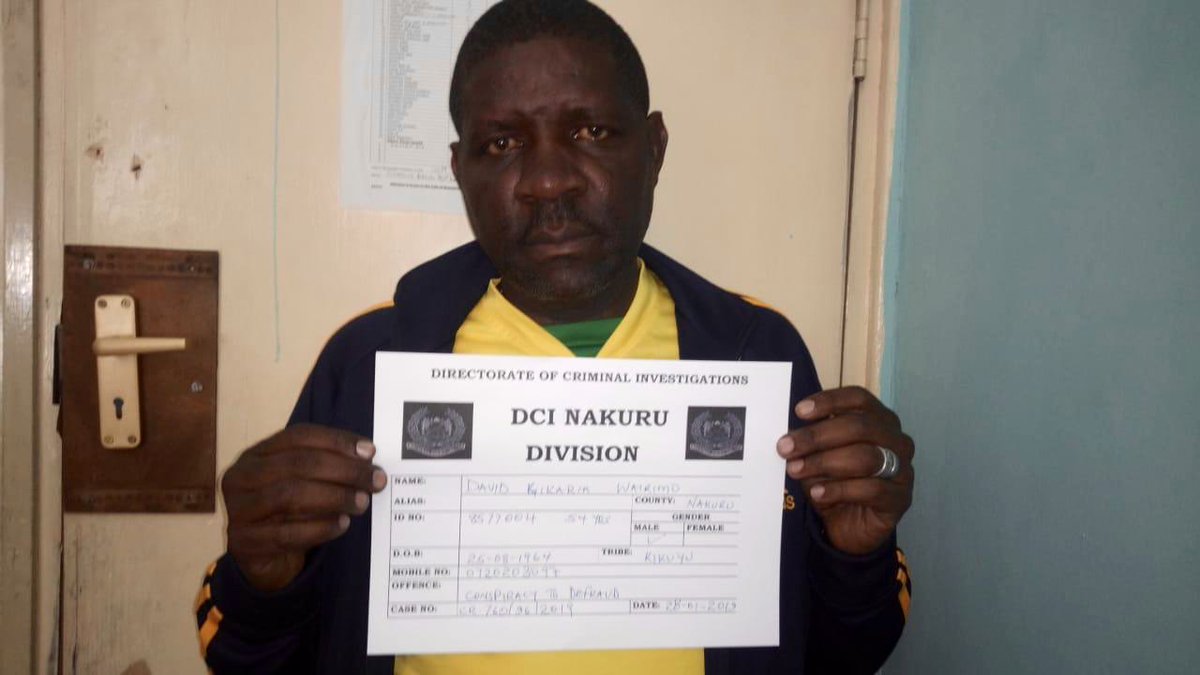 Nakuru Town East member of Parliament David Gikaria has been arrested again and expected in court on Monday following a land grabbing fracas and assult.

MP Gikaria was apprehended by officers from the Nakuru Directorate of Criminal Investigations,  taken to an undisclosed police station and questioned for hours.

The MP also faces assault charges for slapping a deputy sub-county police commander during the incident.

In January the same lawmaker was charged with forging land documents and grabbing parcels of land within Nakuru County between August 28 and December 18, 2007.

According to the prosecution, he and accomplices manipulated entries of dates in the green cards of eight blocks of land and replaced the names of seven residents with others.

He faced counts of land grabbing, the charge sheet stating that he unlawfully held possession of land that belonged to seven individuals within Nakuru municipality between September 28, 2007 and December 18 that year. 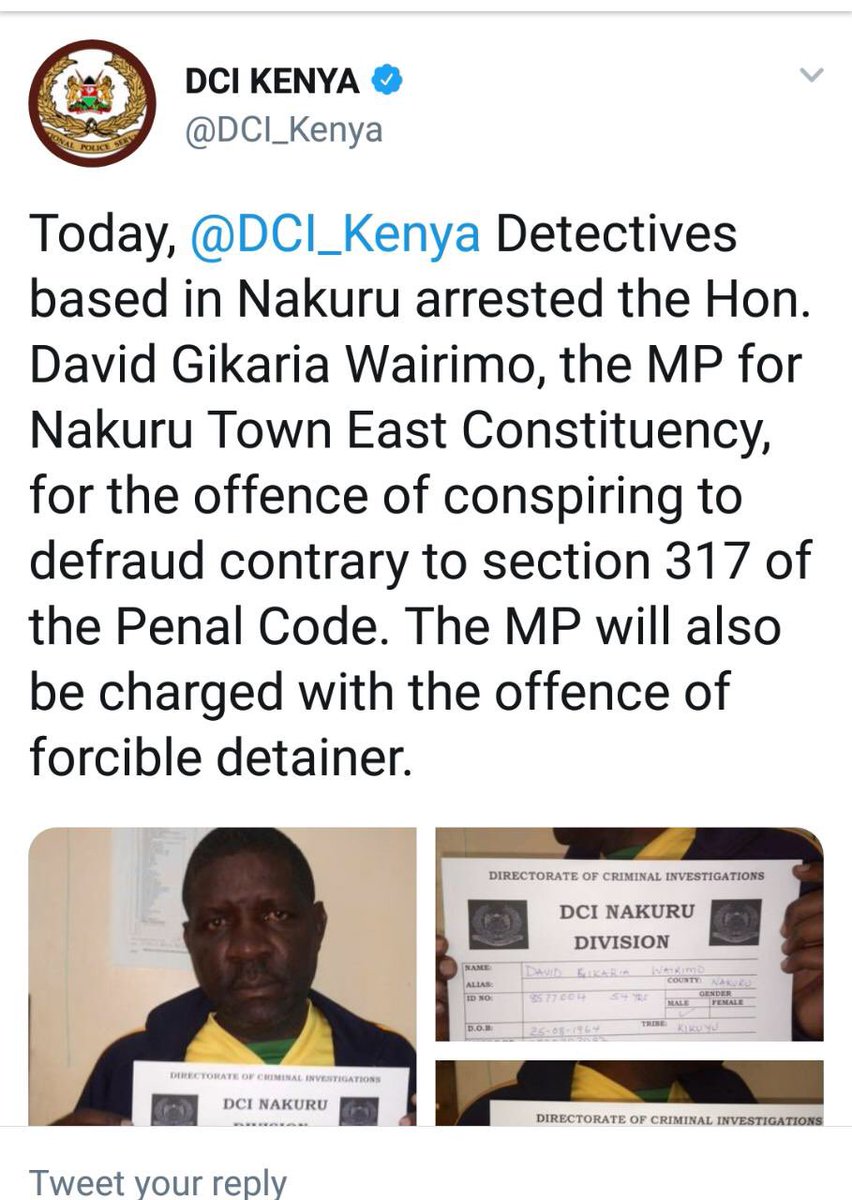 At the time, Mr Gikaria denied all the charges and was released on a personal bond of Sh3 million with a surety of the same amount, with the alternative of a cash bail of Sh1 million.

He had earlier argued through his lawyer that his political opponents were out to settle scores.

The claims were, however, dismissed by the prosecution which said the Director of Public Prosecutions office cannot be influenced into framing charges against anybody.